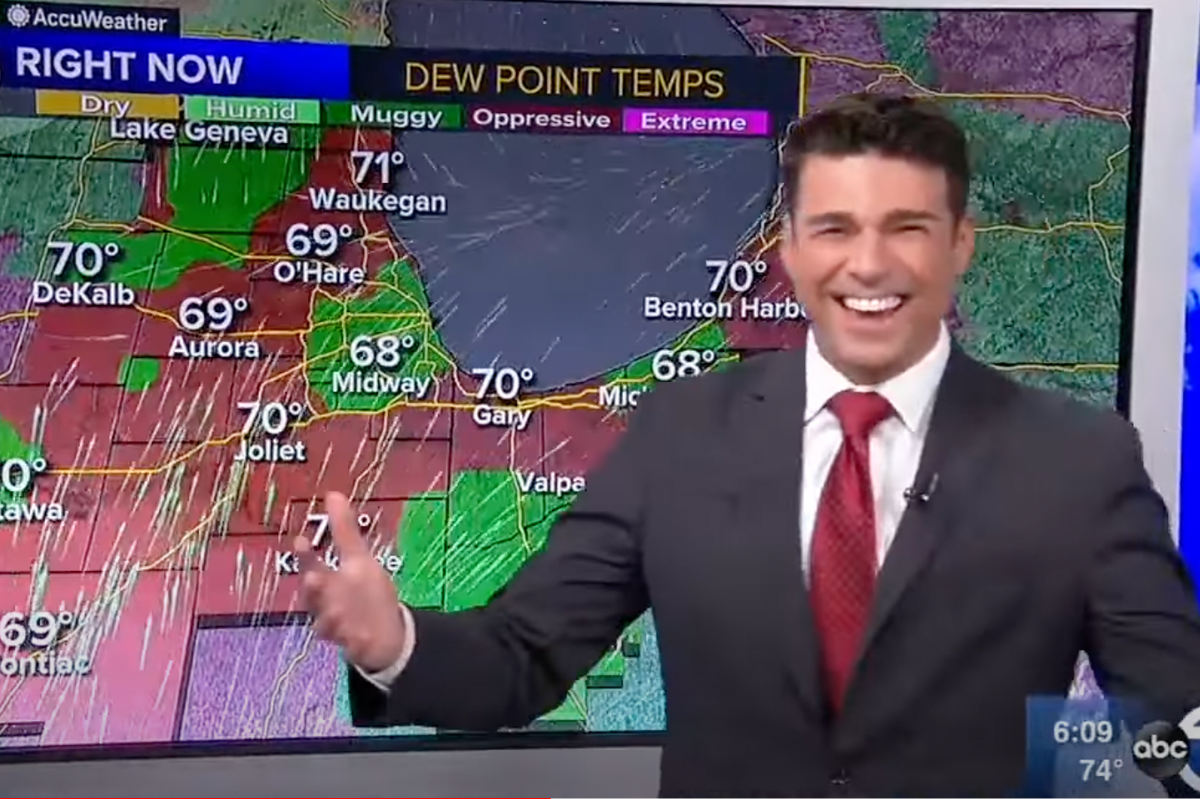 Greg Dutra is a meteorologist for ABC7 Chicago. But thanks to his adorable discovery during a live weather report, he’s now a wholesome viral sensation.

The weather report started off in its usual way, with Dutra pointing out potential rain patterns on a digital map. But once this weatherman realized his map was actually a touchscreen, his excitement simply could not be contained. Childlike joy ensued.

“I can do that? No way!” he exclaimed, with all the enthusiasm of a kid on Christmas morning.

“Are you serious? Did you just discover that?” his morning co-host Val Warner asked off camera.

Then Terrell Brown, another co-host, popped into frame to join in on the fun. He showed the awestruck reporter that yes, one can move the map simply by touching it. Evidently no one had made Dutra privy to those marvels of modern technology.

“Oh man, It’s a great day!” Dutra cheered, his smile going from ear to ear. Poor guy tried his best to continue with his weather report, but it was too late. The joy had taken over, and giggling ensued.

This wasn’t in the training manual! @TBrownABC7 @valwarnertv and I go OFF THE RAILS when I discovered the TV is a touch screen while on-air on @ABC7Chicago 😂 pic.twitter.com/almrdxqz3d

The entire clip is less than a minute, but it took the internet by storm (weather pun not intended, but you’re welcome). The video quickly amassed nearly 2 millions views on Twitter. Let’s just say that hearts were won over by Dutra’s wholehearted pleasure and hilarious sense of wonder.

We’re sorry this wasn’t in your training manual, Dutra. But thank you for giving us a reason to smile today. Your forecast might have been rainy, but your attitude is a ray of sunshine.