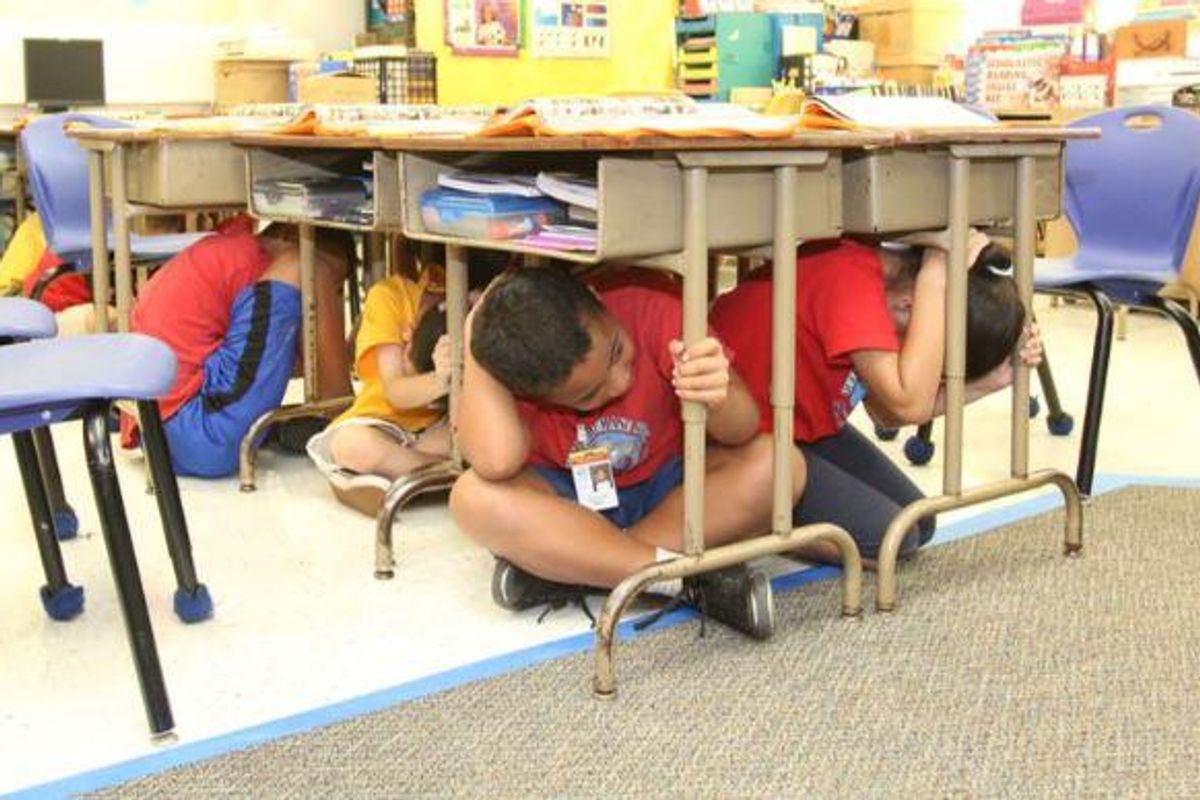 After the Sandy Hook school shooting in 2012 failed to push legislators to take action to help prevent school shootings, there has been a sense in America that these tragic events have become normalized. Worse, there’s a feeling that far too many people seem to believe that guns are more important than children.

The 2021-2022 school year came to an end with the shooting at Robb Elementary School in Uvalde, Texas, where 21 people were murdered by a gunman armed with an AR-15-style rifle. The sound of the school bell ringing again for the 2022-2023 year fills many parents with a sense of dread that their kids could be next.

Cassie Arnold, a mother and arts educator who lives in Texas, created a chilling reminder of the danger our kids face in schools by sending her daughter to first grade in a dress sewn together with Kevlar.

Kevlar is the material used to create bulletproof vests.

“My daughter was in kindergarten last year and she knew that her place in ‘lockdown drills’ was by the toilet in the classroom bathroom, and that she had to wait till the administrators banged on the doors, and that she had to be quiet,” Arnold told Yahoo Life. “She wasn’t fazed by it. She was just like, well, this is what we do.”

The depressing thing is that there are thousands of kids like Arnold’s daughter who’ve lived their entire lives under the threat of deadly violence in their schools.

Arnold’s hope is that the dress will inspire others to push back against the notion that there’s nothing that can be done and we need to live with the threat.

“The biggest hope is that we can keep the conversation going,” Arnold told Yahoo Life. “The dress can create a conversation—not just a nonpartisan conversation—and allow us to come to an equal playing field. We need to protect our babies.”

The piece is also noteworthy because instead of being partisan fingerpointing it asks for people to sit down and talk about what’s happening.

Arnold hoped that her piece would be satirical but, in fact, it accurately depicts reality in Texas. In her Instagram post, she points out that Texas looks to spend tens of millions of dollars on bulletproof police shields and barriers in classrooms. While assault weapons are readily available, the state’s efforts are clearly centered around stopping bullets from hitting people rather than preventing them from being fired in the first place.

“[The dress] was originally designed to be satirical, to be a more extreme response to these tragedies. But, the real responses from some of our leaders were too close for comfort,” Arnold wrote on Instagram.

The conversation surrounding school shootings in America has been cyclical. A tragedy happens, a lot of things are said, but ultimately no substantial actions are taken by our leaders. Congress did recently pass the first gun control bill in decades in the wake of the Uvalde school shooting, but it took massacre after massacre to get to that bipartisan deal. Arnold’s piece is thought-provoking because it gets ahead of the cycle and begs for the conversation to continue before the next shooting. It also asks us to reconsider the idea that the shootings are a normal part of life in America.

“The timing is intentional,” Arnold wrote on Instagram. “School is starting and the elections in November are coming. It’s time to pressure those who have the agency to create changes to do so.”