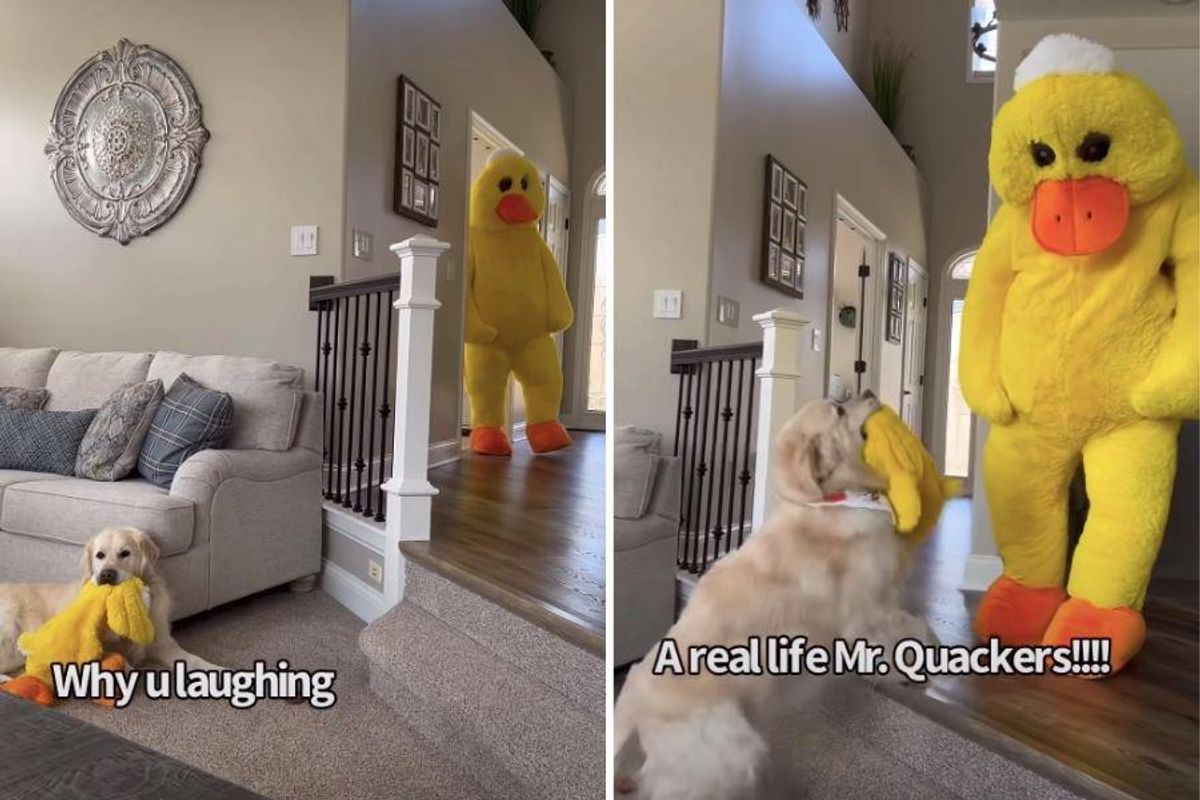 The first thing you need to know about Charlie the golden retriever is that he loves Mr. Quackers.

Mr. Quackers is Charlie’s stuffed yellow duck. Charlie carries him around everywhere, he loves him so.

Where they go, their stuffy goes.

That’s just the way it is.

The attachment is real. Watch what happens when Charlie’s buddy Buddy tries to mess with Mr. Quackers.

“There, see it!” Oh, Charlie. His love for Mr. Quackers is unrivaled, which is why his owner decided to pull an incredible pet prank and dress up as Mr. Quackers himself.

The things we do for our dogs, indeed.

And when Charlie got to meet the life-sized Mr. Quackers? So. Much. Joy.

Charlie practically wagged his tail right off his body. And he never let go of the original Mr. Quackers the whole time—at least on TikTok.

The extended video on YouTube shows Charlie dropping Mr. Quackers and trying to get a hold of Huge Mr. Quackers by the neck. Not in an aggressive way—more like in a “Hey, lemme carry you around like I do Mr. Quackers!” kind of way.

And then the slow discovery that Huge Mr. Quackers smells an awful lot like his hooman … just too precious.

Animals can bring such joy to our lives, especially when we take the time to play with them. Thanks, Charlie’s parents, for sharing this moment of adorable delight with us all.