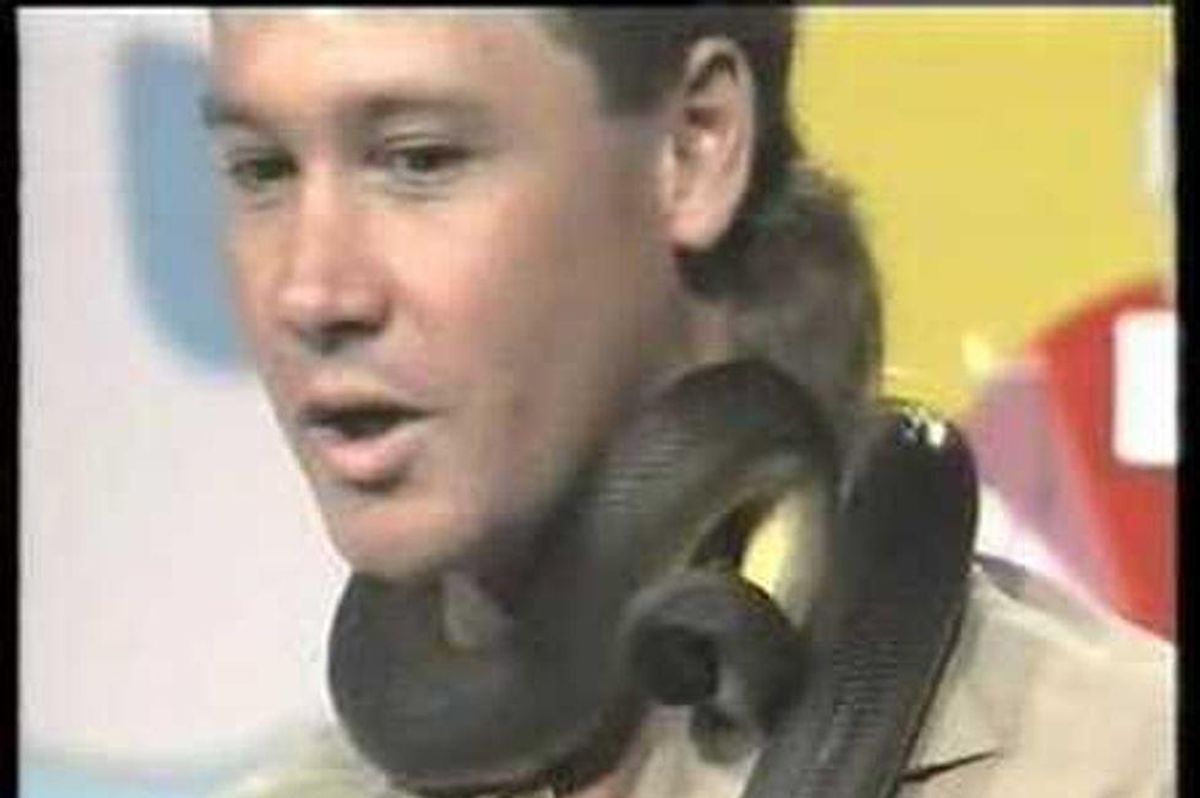 If you were conscious in the ’90s or early 2000s then you likely have a pretty good idea who Steve Irwin is. If not, then you’ve probably at the very least become familiar with his children, Bindi and Robert, who have carried on his legacy of educating the public about animals. But in 1991, Irwin was just on the cusp of becoming a household name, so getting bitten on the neck by a snake while filming his weekly segment probably wasn’t in the cards. But the snake must’ve been tired of being worn like a necklace and had other ideas.

Irwin was always known for his excitement around animal education but the normally animated Australian was oddly calm as the snake clamped down. Funnily enough, the little python decided to take a bite right after Irwin had finished telling the host that the snake wasn’t feeling threatened so he wouldn’t bite. Just as the words finished leaving his mouth the snake took his chance. You can see the realization sink into Irwin’s face just before he tells the crew in a calm tone, “You might have to cut it. He’s biting my neck.” He emphasizes, “I’m serious,” before instructing the cameraman to zoom in closer so he can get a better look to try to get the snake to release him. Thankfully the snake was nonvenomous and promptly let go of the late star’s neck.

Irwin surely was no stranger to animal bites at that point in his career, but I’m not sure there’s anything that prepares you for getting bitten on the neck while doing a television show.

Check out the video below: