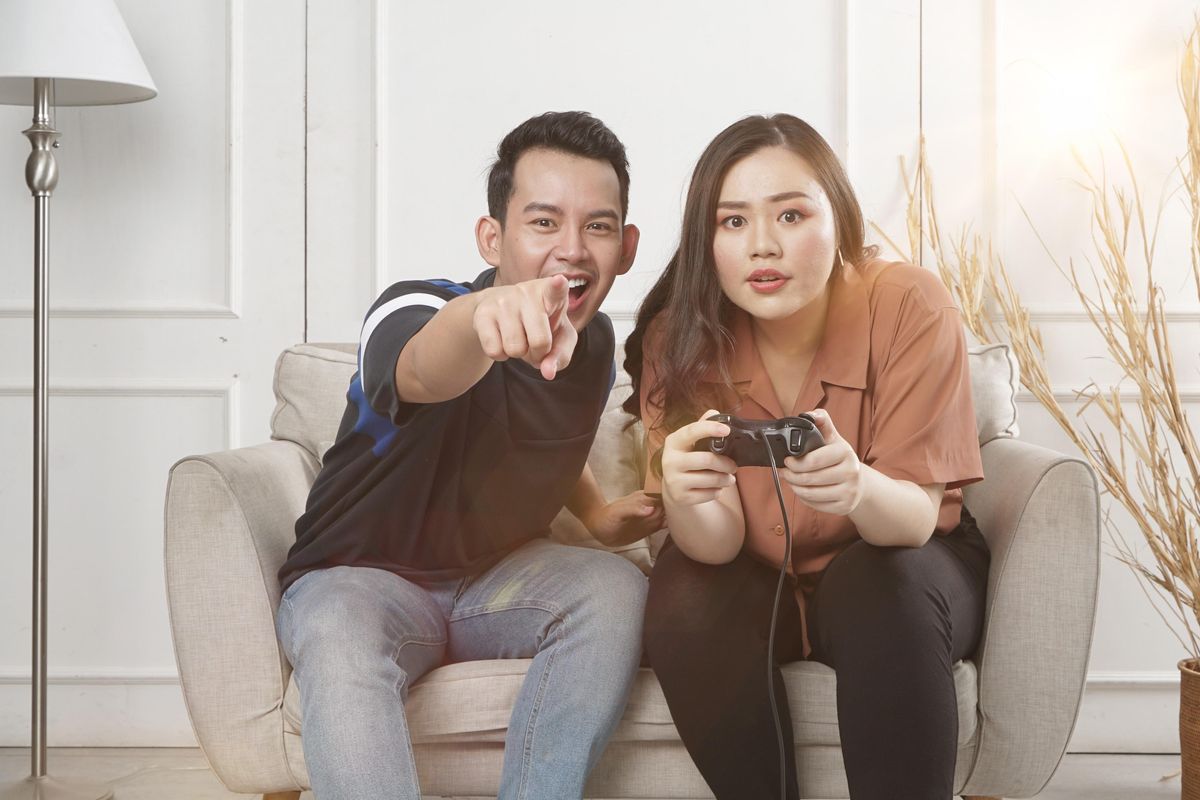 Almost everyone past college age has lived with a roommate at least once. Whether that experience plays out like a buddy comedy, a rom-com or, in some cases, a horror story, it likely leaves a lasting memory.

Roommates often expose us to lifestyles outside of our own comfort zone. That can often be a good thing—it’s healthy to open ourselves up to new interests. Other times … well, not so much. Especially when that comes to differing expectations of cleanliness, incoming guests, sleep times, paying bills, having pets … you get the picture.

Having a roommate can also be a person’s first foray into having to share space with another person, especially for those who didn’t grow up with siblings. Happy only child here—I can say firsthand that this was quite an uncomfortable adjustment. Like, how do you just sit on the couch questioning your life choices while ANOTHER person sits there? No one can live like that, I tell you.

Reddit user u/chee-koo asked folks to share their most “interesting” roommate stories, and some were just too good not to pass along. The best part is that many answers were surprisingly wholesome. And hey, even the most outrageous stories were, in their own way, kind of relatable.

Having a roommate can be one of life’s more awkward adventures, but it’s a fairly universal one. They always come with unexpected surprises. But if we’re lucky, it’ll make for a great story.

Enjoy 11 of the most “interesting” roomie stories Reddit had to offer:

“My South Korean roommate in college played StarCraft welllll into the night. It cured my insomnia. Listening to a game in a language I didn’t understand was very soothing, apparently, and I went from taking 3-4 hours a night to fall asleep (if I would at all) to falling asleep within 30 seconds of laying my head down.” – @truthinlies

“My roommate once created a whole new life form by leaving beans in the fridge until they molded so bad they became pure white. Then she got mad when I threw it away because she was going to use it later.” – @Shadowo948

“My roommate in college claimed he was involved with the mafia. He was constantly sweaty, was very jumpy, and always had a lot of cash in his car. He never was around on the weekends, and I never saw him drink. Strangest of all, is that he never once slept in his room. He was always on the couch by the door. He eventually told me that it was because if someone ever broke in looking for him, he wanted ‘them’ to find him right away, so no one else would get hurt. I still don’t know if he was telling the truth but nonetheless I ALWAYS locked my bedroom door at night.” – @DrLandingStrip

“I had to teach someone what an acceptable price for everyday groceries are. She had never done a day of grocery shopping in her life and I was astonished when she came back with a relatively smallish loaf of bread that cost over £7 and she thought that was a reasonable price, among other things such as gourmet beef etc. She spent around £80-90 for her first week of food shopping for herself at uni, and complained to me about how it didn’t look like her maintenance loans were going to cover her food shopping. Nowadays she is better at getting deals for food than I am.” – @TinralRogue

“My freshman year college roommate was a random pairing. This kid partied all night and slept all day. He goes MIA for like a week. I call my mom because I’m not sure he’s even alive. She searches to see if he has been arrested. Before she can call me back the cops are knocking at our door and ask ‘have you seen ___’ and I say’no’. Mom calls me back a few minutes later, he had been booked for robbery at a convenience store which was in our dorm building! He tried to hide in an air vent…he made the front page of the campus newspaper, was expelled and I got the whole dorm to myself for the rest of the fall & spring semester.” – @Rich_2

“I married my Craigslist roommate! We met 11 years ago, have lived together since the day we met, and finally got married a year ago. And we’re just as in love as we were in 2012. How’s that for positive!?” – @sagelface

“I had a roommate that became very… susceptible to suggestions when he would first fall asleep. And he wouldn’t remember anything he did the next morning. One time, we woke him up and told him that his girlfriend had stolen his shoes. He jumped out of bed, went to the landline phone (yeah, I was in college 20 years ago), called up his girlfriend and accused her of stealing his shoes. We were all dying laughing at this time. She blew him off, and after he hung up, he went into the kitchen. When he came back, he was holding two brownies, and had the saddest look on his face. ‘Look, my girlfriend burnt up my shoes. I’ll never be able to wear them again.’ He placed them next to his bed, and then went back to sleep.” – @WalmartGreder

“We met when we showed up for dorm room assignments our freshman year of college. Almost 50 years later, we’re still the closest of friends. I recently attended his daughter’s wedding. A grand affair, because he happens to be uber-wealthy. At one point I found myself choking up, and it wasn’t for the bride and groom, it was for John and me. How far we’ve come from that first awkward handshake a half century ago.” – @Scrappy_Larue

“I’m pretty sure I used to live with a hobbit. Man about 5’1″, curly brown hair, constantly cheerful demeanor. Never wore shoes, inside or out. Literally slept on the floor in what can only be explained as a nest of blankets. Started a garden and encouraged me to eat his tomatoes all the time. Would bring home samosas and other goodies, always giving me half just because. He and his wife had a dream of living off the grid in a tiny home on a truck.” – @Opposite_Lettuce

“One of my roommates used to sleepwalk and sleep talk almost every night and I was the only one who’d be awake whenever it would happen. I’d witness her cleaning our fridge, stealing our opened bag of chips, and I’d hear her quote Shakespeare in her sleep. Whenever I ask her if she recalled any of it, the answer was always ‘no.’” – @bbbonjh3ng

“I once had a roommate for about 5 years who was literally (not figuratively) a genius and also an insanely good person. She built a 3D printer from scratch in our living room before 3D printers were a thing anyone could purchase, and she did it just for lolz. She also built a ‘Hackintosh’ for me because I needed more bandwidth/ space/ whatever, than what Apple, Inc. offered. She also made traditional bagels from scratch…and the best m*therfucking cheesecake I have ever tasted in my whole entire life (also from scratch). She is a unicorn, and we are still the best of friends, though we no longer live together. I have absolutely no regrets. If people still exchanged friendship bracelets or rings, the gems I would put on hers could be captured photogenically via satellites from deep space. This Earth, universe etc. doesn’t deserve her. Not sure what dimension does, honestly. I am just proud to call her friend.” – @Channon-Yarrow