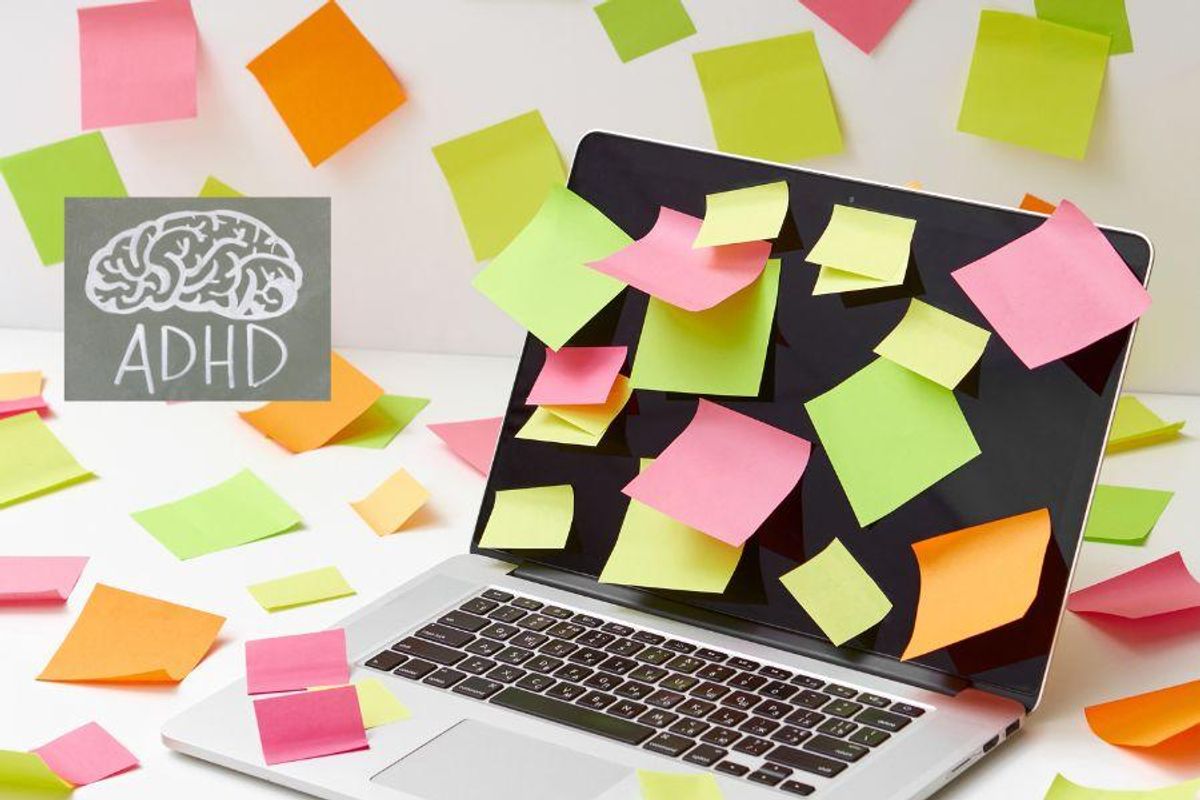 Having ADHD is like having this weirdly inconvenient but sometimes timely super power. If you don’t have ADHD then that sentence probably makes little sense and if you do have ADHD I’m currently giving you the Hunger Games three finger salute. Hilariously the acronym ADHD stands for Attention Deficit Hyperactivity Disorder but in reality, there’s no issue with a deficit of attention. We just seem to focus on the thing we aren’t supposed to be focused on because it’s shiny and the task we should be doing is dull and repetitive. This can make working (you know, the thing adults are supposed to do) difficult.

The routine of going into the office to work in a different environment can be helpful so long as no one talks to you for hours long stretches. But working from home when you have ADHD is a whole different type of beast, the distractions are abundant. Why would you want to focus on writing a brief or doing a spreadsheet when you suddenly realize you haven’t cleaned your baseboard since you moved into the house seven years ago? Now the spreadsheet that should’ve taken two hours takes a full work day because you keep looking at the baseboards and before you know what’s happening you’re on your hands and knees with a wet rag working up a sweat.

I know, I got you. That’s why I came up with a list to help ADHDers stay focused on the task they’re actually supposed to be doing while still hitting that reward button, even when you work from home. Obviously this list isn’t exhaustive and won’t work for every ADHD brain because ADHD is truly like a box of chocolates. Sure there are similarities, it’s all chocolate after all, but nearly every piece is different. See what works for you and toss the rest. Well, don’t toss it because that would be wasteful, repurpose it or give it away. Without further ado, the list: 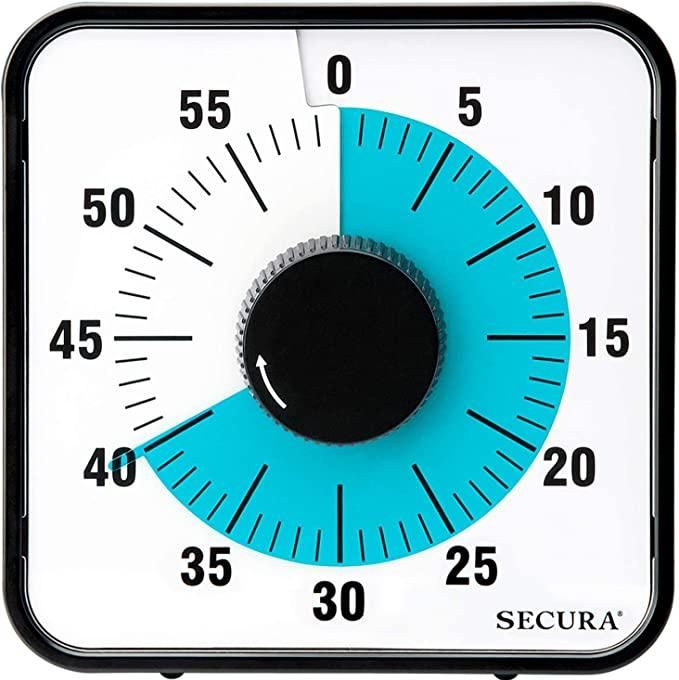 Yeah, a timer. That’s where the reward comes in. You tell yourself you’re going to do a task for 20 minutes, so you set the timer and see how much you can do before the time is up. Sometimes it’s just the right amount of pressure to motivate you to do the thing that feels like watching paint dry. The reward for completing the task before the timer is done makes your brain light up and before you know it, you’re setting that bad boy again. You can get it here. 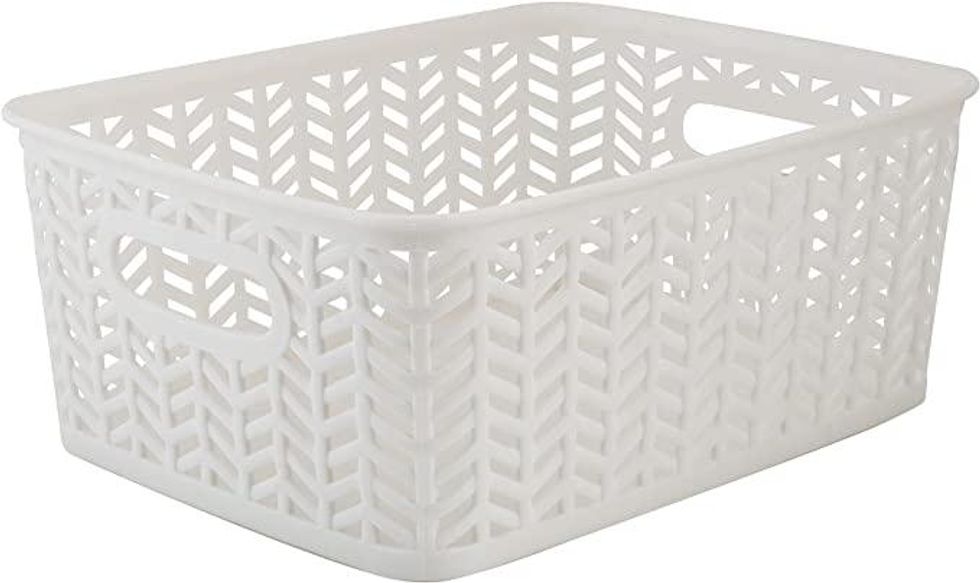 2. A small everything basket

Sure, you’re thinking, “Why do I need a basket if I’m at home? I can walk to the trash can.” Stop that. The basket is for everything you will inevitably collect when you’re on your 5th trip to the kitchen or bathroom. That sock you picked up will lead to you in turn collecting more laundry. The next thing you know you’ve got a load in the washer and dryer and you’re folding clothes instead of working. The sock you picked up goes into this basket by your workspace. This is the “until I can put it away basket.” It will save you from deviating from the task. Buy it here. 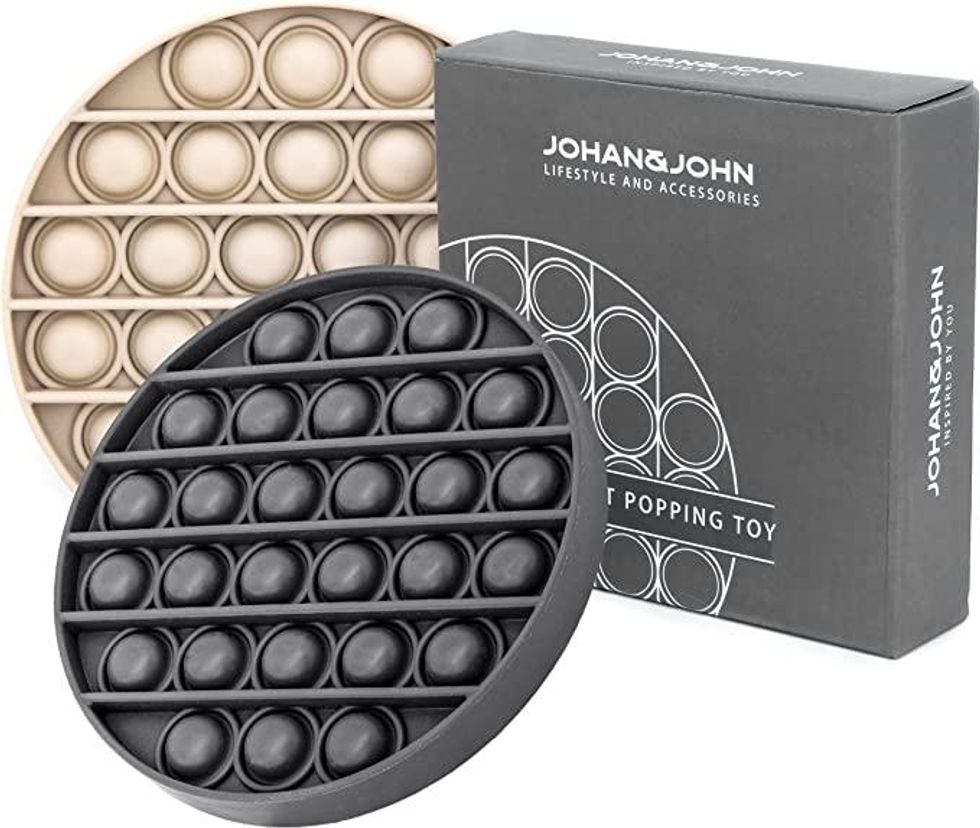 Because meetings are boring and your energy has to go somewhere so you can actually hear what the person is saying. I personally prefer the animal shaped ones because I’m actually a child with a mortgage, but really any kind will do. They’re quiet and mindless. You don’t have to look down to concentrate on the activity so you can focus on the task at hand – pretending to be an adulty adult in the meeting. No one will know you’re playing with a toy off camera. Grab it here. 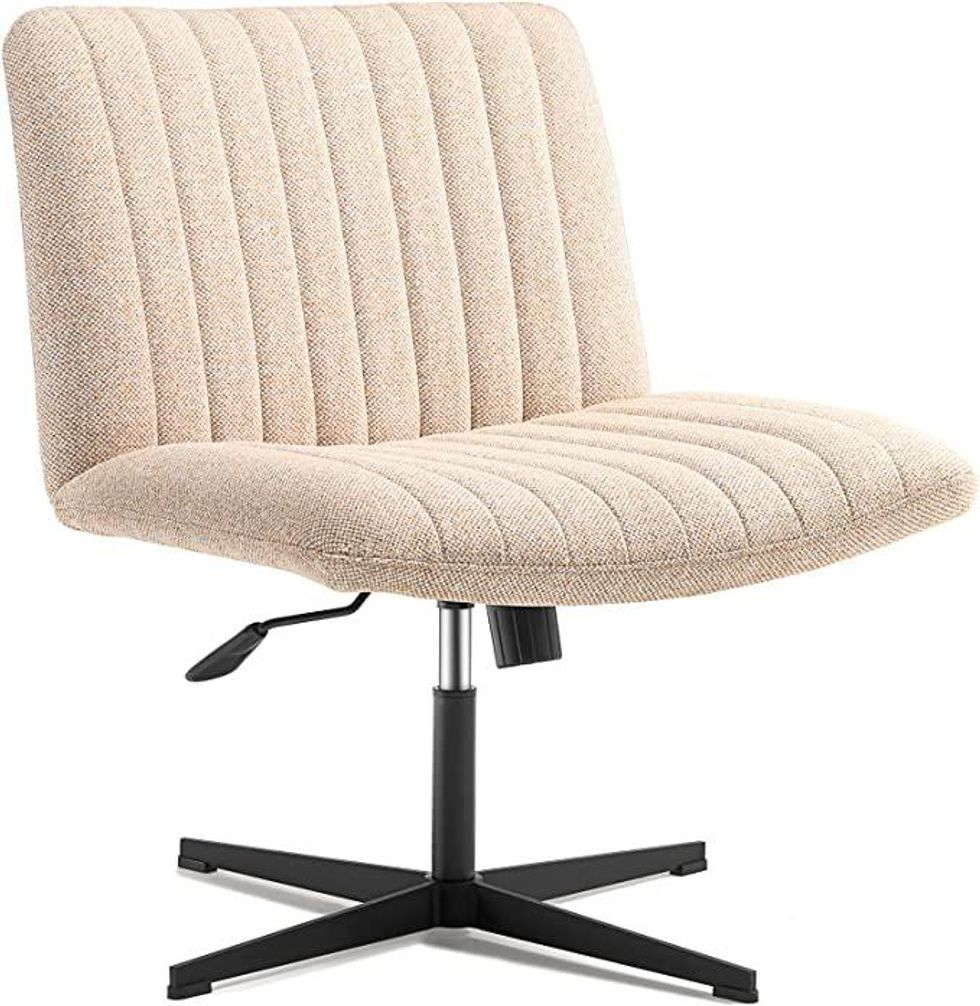 4. A sit any way you want chair

I’m not sure if it’s an ADHD thing or if it’s just a coincidence but I’ve yet to meet a person that has ADHD who can sit in a chair like chairs are intended. Legs just don’t seem to work that way when you have ADHD. This isn’t backed by science but I’m sure they can do a study on it and prove my hypothesis. A wide seated chair will let you sit however your legs need to fold in order for your brain to focus. Sit criss cross apple sauce if you’d like. Having the right chair will help create the environment you need to focus. Pick it up here. 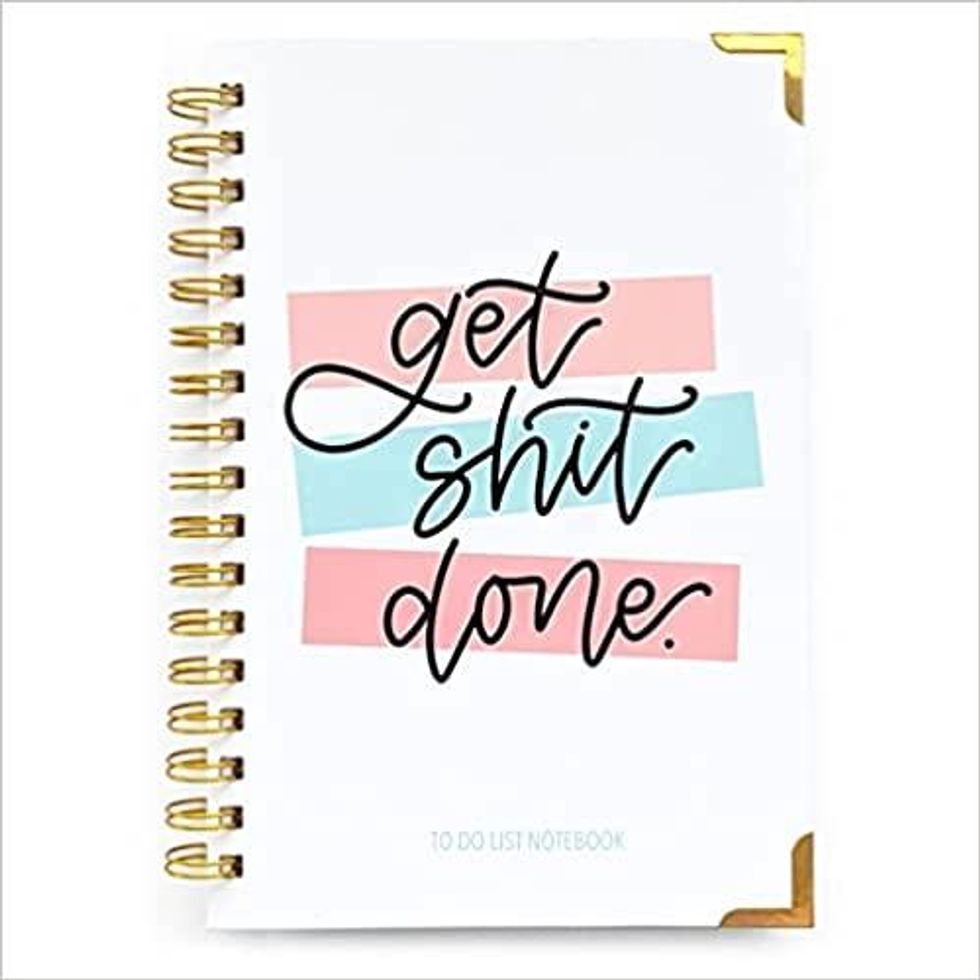 Making a “to-do” list doesn’t seem to work for ADHD people. I’m sure someone loves lists that also have ADHD, but I personally have not met one. I like to make a reverse list so at the end of the day I can see everything I’ve actually accomplished. So instead of writing a list in advance, as I finish things I just write them down and cross them off. Check. It’s done. I’ve found this keeps me motivated to start the next task because there’s no order I have to follow. You just do a thing then write it down and cross it off. Get the notebook here.

Everyone’s needs will be different but if you find you’re focusing on the wrong things while you’re working from home, this list can help. If you have a hack that works for you, don’t keep secrets. Share yours and help another human.