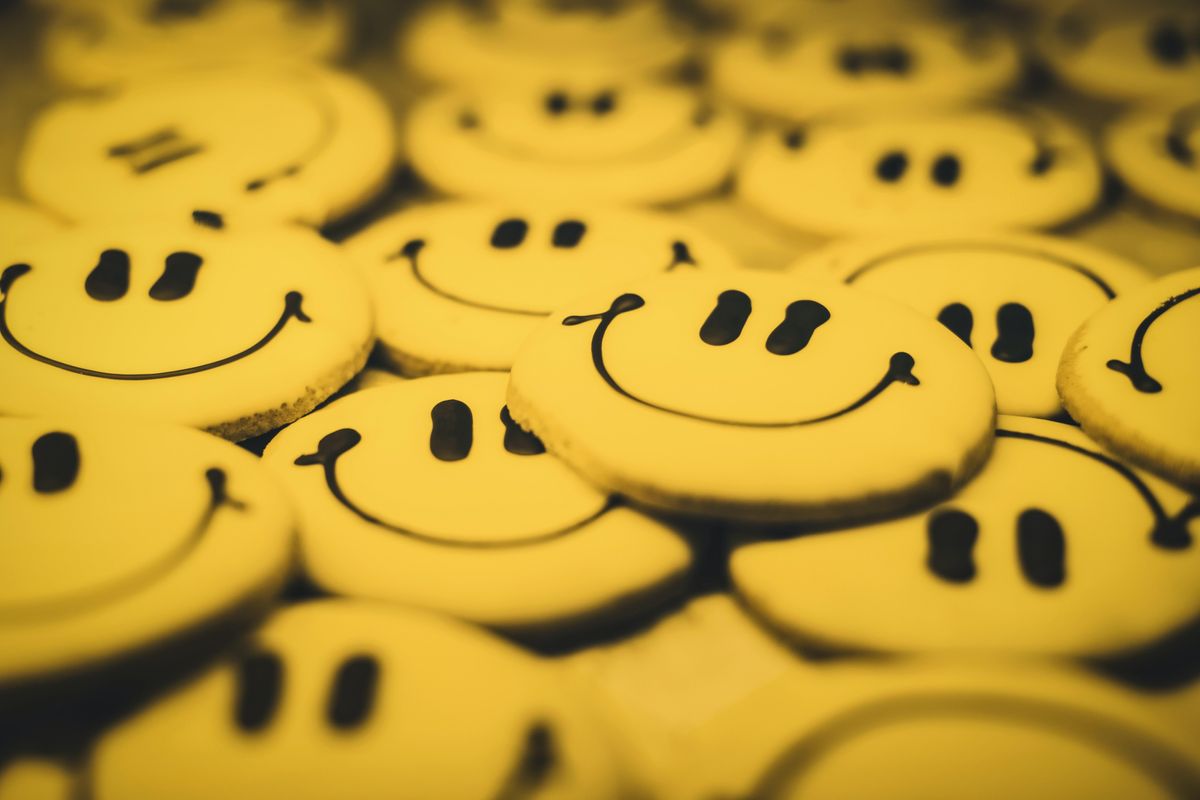 Did you know that one smile can stimulate your brain as much as 2,000 chocolate bars?

In a 2005 study, British researchers used an electromagnetic brain scan machine to measure mood boosts from various stimuli. Not only did seeing a child’s smile provide the same stimulation as up to 2,000 chocolate bars, but it was also equivalent to receiving 16,000 British pounds (more than $25,000 in U.S. dollars at the time of the study).

Another study from Wayne State University, as reported by TIME, discovered that professional baseball players who were smiling widely in their photos lived an average of 79.9 years, while those who were not smiling only lived 72.9 years—a full seven-year difference.

In his 2011 TED Talk, “The Hidden Powers of Smiling,” Ron Gutman shared what he’d gleaned from his review of research on smiling, including the above studies and more. He found that smiling is an incredibly powerful human behavior that can make a profound difference in our lives.

So these weekly smile-worthy roundups aren’t just for fluff. Smiling is good for us, and if enough of us get enough of those feel-good endorphins, maybe—just maybe—we’ll make a noticeable, positive mark on the world around us.

I’m not even a fan of horror flicks, but I couldn’t love this more.

Musicians really deserve all the kudos. Imagine how sad and boring our world would be without them.

Roger Federer made a promise to a young fan in 2017 and just fulfilled it in the best way.

Zizou was only 6 years old when he asked Federer to keep playing long enough for him to compete with him. Now he’s the top under-12 player in the U.S. and Federer gave him the surprise of a lifetime. So dang sweet. Read the full story here.

As a child, she gave her teacher one of her favorite toys. Three decades later, she got it back with the sweetest note.

For her twins! Absolutely amazing that she kept it for so long. We don’t deserve teachers.

Woman surprised her husband with a custom love song and his reaction is everything.

Why did I not issue a tissue warning?!? Dang it. His face when he realizes it is so sweet, but his losing it when she sings about his kids and his mom? Oof. Just beautiful.

Dwarf mongoose plays dead when it encounters a hornbill and it’s an incredible acting job.

I’ve watched this a dozen times and it only gets funnier each time.

Lebanese dance troupe wows yet again with stunning performance on ‘America’s Got Talent.’

Everything about this is mesmerizing. The costumes, the choreography, the coordination—all of it. Read more about this amazing dance troupe here.

Baby giggling over sweet potatoes and sounding like a kazoo is peak joy.

That is one adorably badass kitten.

Dance into the weekend with this surprisingly awesome Scottish-Indian musical mashup.

Whoever came up with putting these musical traditions together was a genius. Such a fun collaboration that works so well.

Be sure to come back next week for another roundup of joy, and subscribe to The Upworthiest newsletter to bring more smiles right to your inbox.