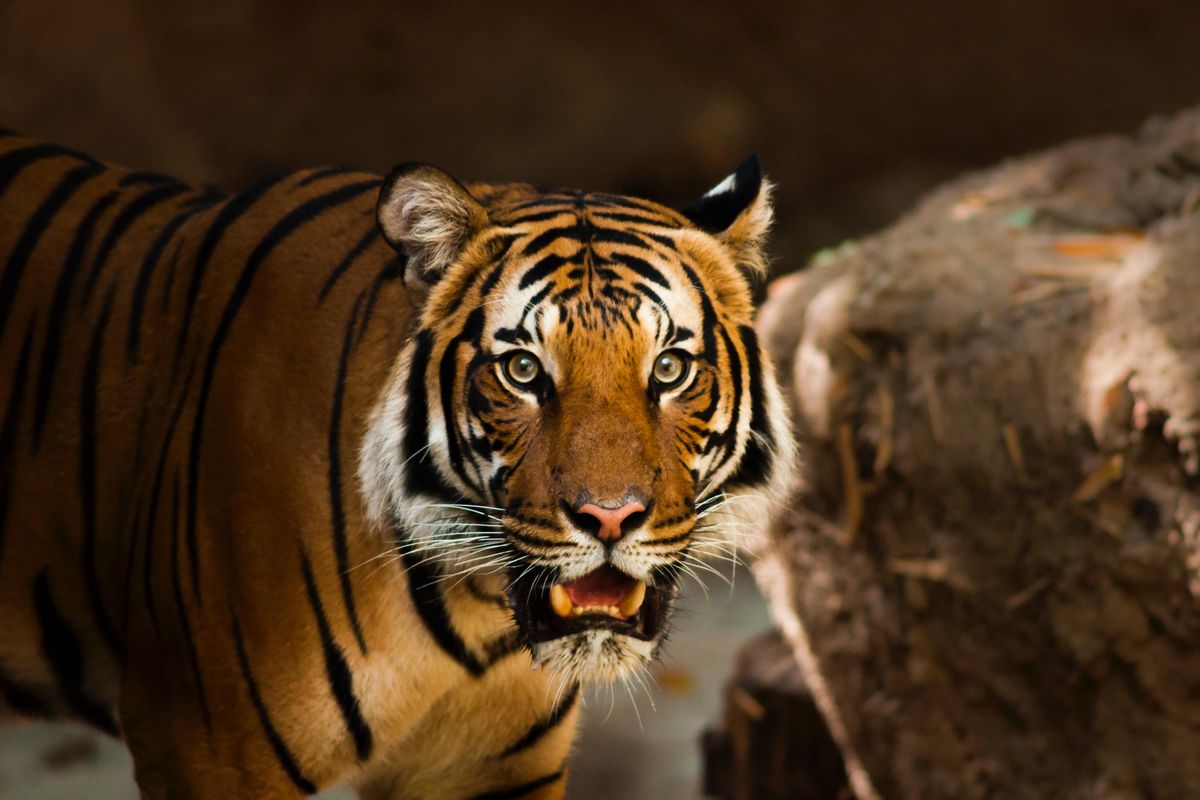 Imagine taking your kid to the bathroom and having to fight off a hungry tiger. It sounds like a scene from a B-list movie, but this exact scenario actually happened to a mother and her 15-month-old toddler in India. The tiger is believed to have escaped from the Bandhavgarh Tiger Reserve, near where the incident happened, according to BestLife. Archana Choudhary, 25, was letting her toddler relieve himself outdoors when the escaped tiger picked up her child and attempted to walk off.

The fact that this mom didn’t immediately pass out from shock is amazing. But luckily for this toddler, his mother’s first instinct was to conjure up superhuman reflexes and strength to save her baby from the tiger’s grip. Choudhary’s husband, Bhola, told The Sun, “Rajveer was sitting and Archana was standing nearby. Suddenly, a tiger emerged, picked Rajveer and started walking away. Archana ran after the tiger for about 5 metres, hitting the tiger with her hands to save her son. The tiger left the child and attacked Archana.”

u201cWoman Fights Off Tiger To Save Son In Madhya Pradesh https://t.co/9wrmNooQVVu201d

Can you imagine finding out in the craziest way possible that your wife is no one to mess with? I mean, how could you possibly top that act of love? I’d imagine common disagreements would turn into Choudhary saying, “I fought a tiger, the least you could do is wash the dishes.” There’s no arguing with that. In all seriousness, the baby was saved thanks to his mother’s bravery, but neither escaped without injury.

According to CBS, Choudhary suffered a punctured lung and wounds to her abdomen while the 15-month-old has deep gashes on his head. After attacking the mother and child, the tiger returned to the forest escaping the villagers. The Times of India reported that both mother and baby are in stable condition and a search operation is underway to locate the tiger to force it back toward the reserve.

There are estimated to be around 4,500 tigers in the wild, and India is home to around two-thirds of them. It would seem a tiger encounter in India would only be a matter of time if you live near a reserve. Though tiger attacks are still rare, India had 108 tiger-related deaths between 2019 and 2021. These beautiful but dangerous animals remain on the endangered list as reserves continue to try to boost the tiger population, which is likely why the tiger that attacked Choudhary is not being euthanized.

Thankfully, Choudhary and her child are expected to make a full recovery. Parents often complain about potty training but the task should never be this exciting. This story will likely be told throughout villages for generations. It’s not every day that someone goes toe to toe with an adult tiger barehanded and lives to tell the story. Wishing mom and baby a speedy recovery.