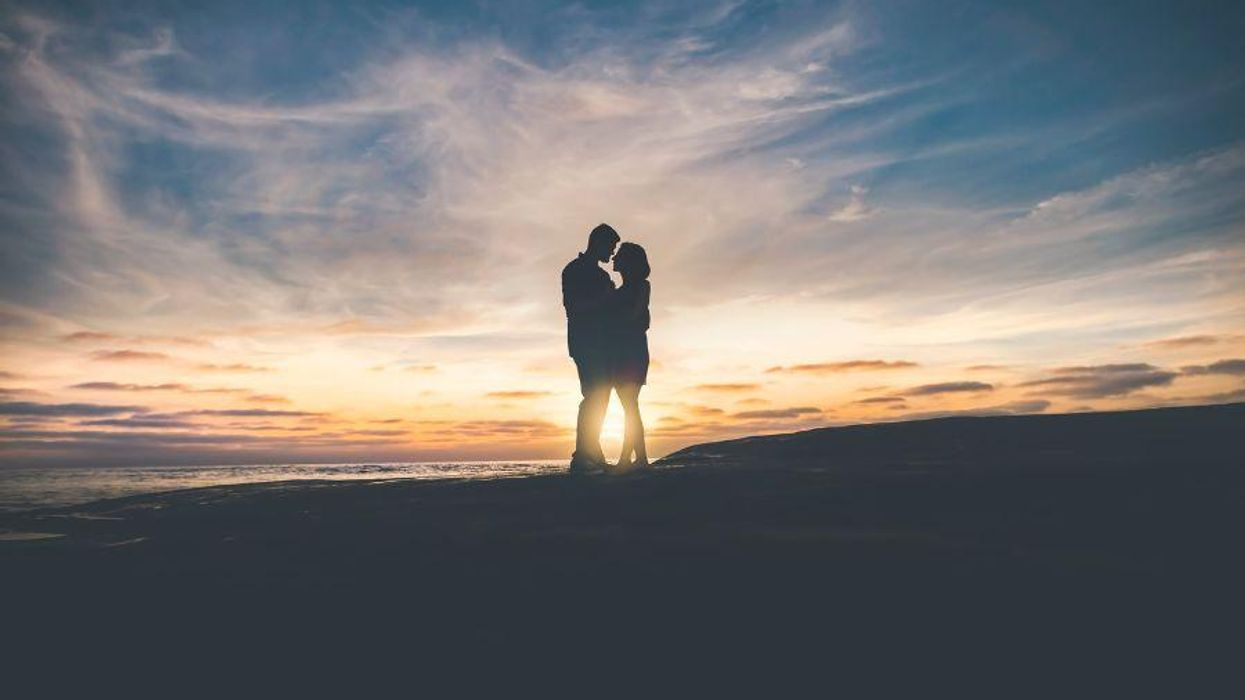 It all started when Sarah, who is American, went to southern Italy to visit family members who live there. Carlo worked as a lifeguard at the beach club his family owns where Sarah’s family would go. He barely spoke English, but he asked Sarah on a date in the summer of 2019. They basically became inseparable for the rest of the summer.

Sarah returned to the U.S. and Carlo surprised her with a month-long visit in the fall. Their long-distance relationship was supposed to get a reprieve when she was to return to Italy in May 2020, but pandemic travel restrictions destroyed that plan.

They ended up meeting up in Ireland during the summer of 2020, one of the only places allowing both Americans and Italians to travel. That’s where Carlo proposed.

Their wedding plans also got thwarted by COVID-19. They got married in Italy, but without Sarah’s family and friends able to attend. Now they’re about to have their second wedding in October here in the U.S.

But their cute love story is only one part of why they’ve grown a following of 4 million people on TikTok alone. The cross-cultural nature of their relationship regularly creates hilarious moments, from Carlo’s confusion over English words and phrases to Sarah committing Italian food faux pas just to see his reactions.

Their playful energy is delightful, but people also can’t get over Carlo calling Sarah “my love” over and over again.

In one of their first mega-viral videos, which has nearly 100 million views, Sarah breaks the pasta in half before she puts it into the water—a totally typical American thing to do—and Carlo nearly has a heart attack.

Or how about the time Sarah suggested that she ask for pineapple on her pizza while in Italy and Carlo basically said he’d be forced to move out of the country if she did that?

Carlo has had it with me🤣

Italians have far more superstitious beliefs about luck than Americans do, which come out frequently in Sarah and Carlo’s videos. For instance, you’re not supposed to put a loaf of bread top-side down. And if you get a new car, you’re supposed to put a jar of salt in the car to ward off “malocchio” (evil eye/bad luck).

Carlo’s English has come a long way since they met—he started learning the language because he was interested in Sarah—but as with anyone learning any language, there are sometimes some funny misunderstandings.

For instance, calling a tall building a “scratchy sky.”

Gelato with a nice view of scratchy sky😩😂

Or mistaken a seed for a seaman or … something else.

THE WAY HE YELLED IT💀

Cultures may clash sometimes, but cross-cultural relationships can also create humorous moments that highlight the human side of all of us.

Sarah and Carlo even came up with a way to “fight” without having to understand one another’s languages at all.

You should try it out💀