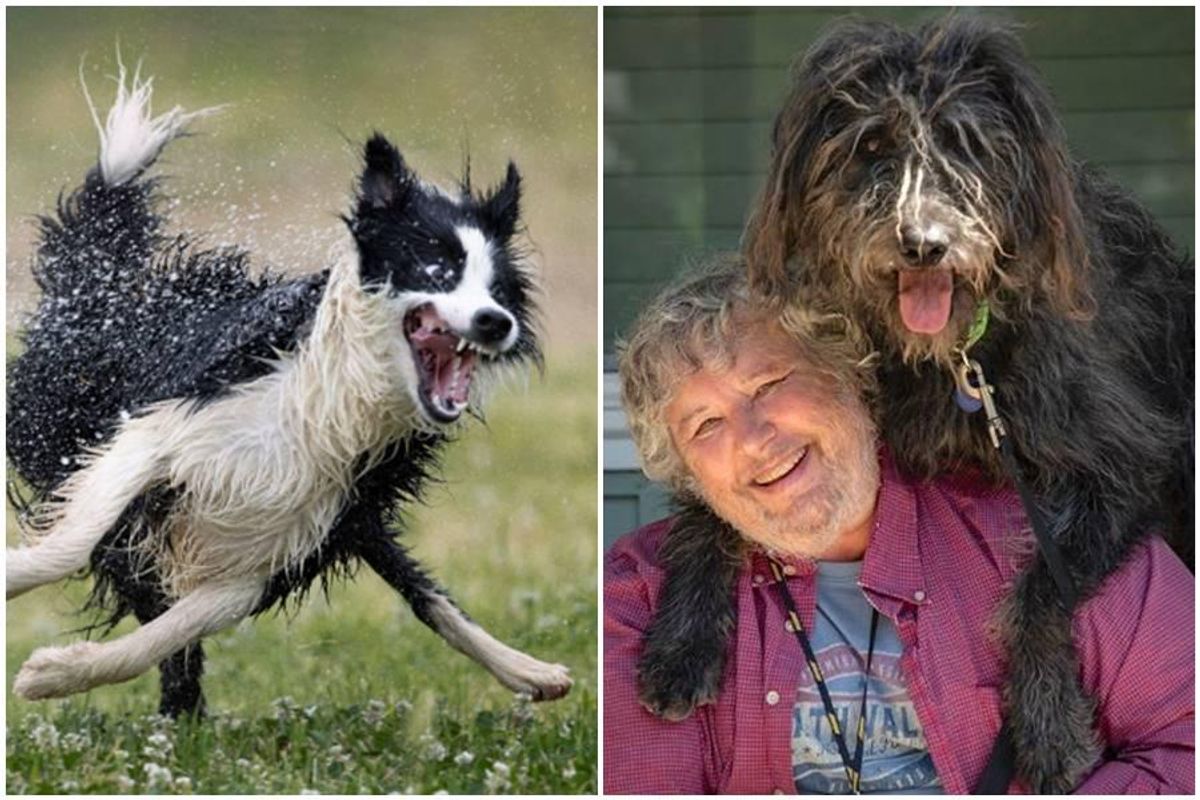 Seven years ago, the Comedy Wildlife Photography Awards started highlighting some of the funniest photos of the animal kingdom, and after its runaway success, its founders created the Comedy Pet Photo Awards. The goal of the annual competition is to “promote positive awareness of animal welfare issues and celebrate the incredible and valuable contribution that pets can and do have on our lives.”

The competition’s organizers, with the help of Animal Friends Pet Insurance, backed up that pledge this year by donating £10,000 ($11,270) each to three separate charities to help improve the lives of pets and promote their work.

This year’s winner is Kenichi Morinaga of Japan with his brilliant photo of two cats sitting on a fence, cheek to cheek—or neck and neck. The photo, entitled “Boom Boom,” beat out more than 2,000 entries to win the top prize, £2,000 ($2,250) cash and a £5,000 ($5635) donation from Animal Friends Pet Insurance to go toward the animal welfare or conservation charity of the winner’s choice.

Morinaga fell in love with photographing street cats while on a backpacking trip to Europe.

“Suddenly, I became fascinated by the antics of cats out in the streets and had to photograph them,” he said in a statement. “When I returned to Japan, I continued to seek them out, they really cheer me up, especially after the last two years of the pandemic—they are so funny, even when they are doing something serious. This amazing competition reminded me that such gestures from all animals are recognized as being hilarious, cute and heart-warming not only in Japan but all over the world.”

Here are 15 of the best photos from the 2022 Comedy Pet Photo Awards. 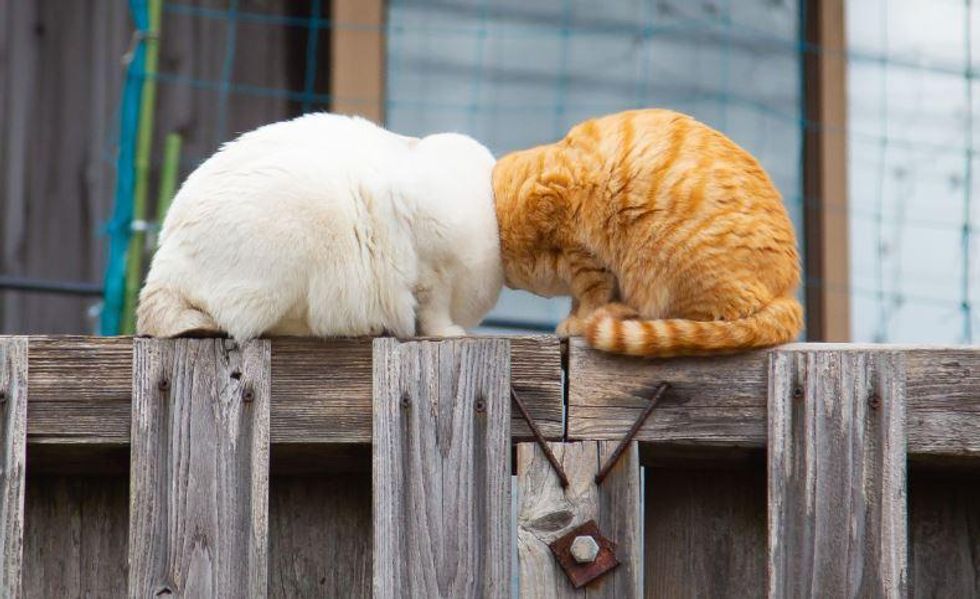 “Cats are bumped on the wall suddenly. It was like a cartoon. Such a funny moment.” — Kenichi Morinaga 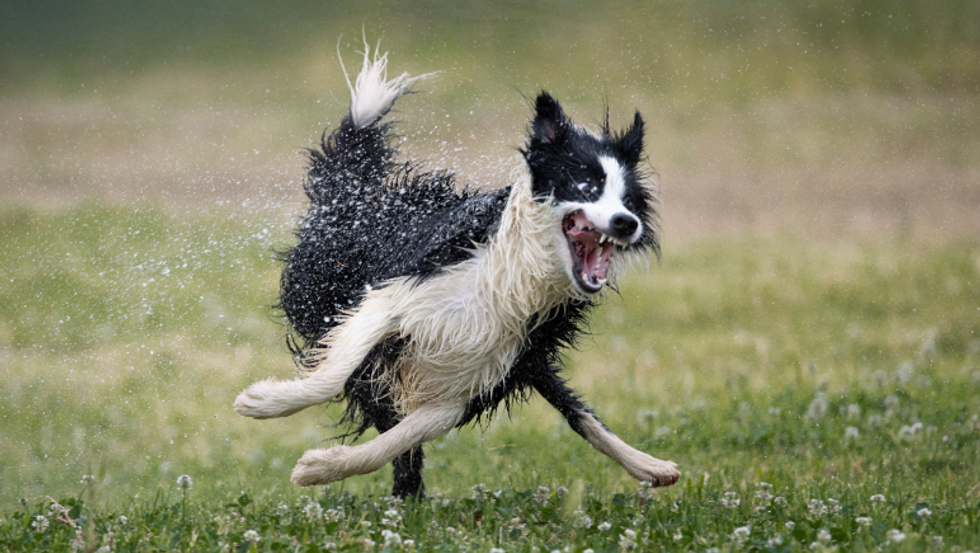 “Nilo is an adopted puppy about 10 months old. He was hit by a car and was barely saved. Now recovered, he has just discovered water for the first time. His capers and pirouettes show his passion for water. Love at first sight.” — Jose Bayon 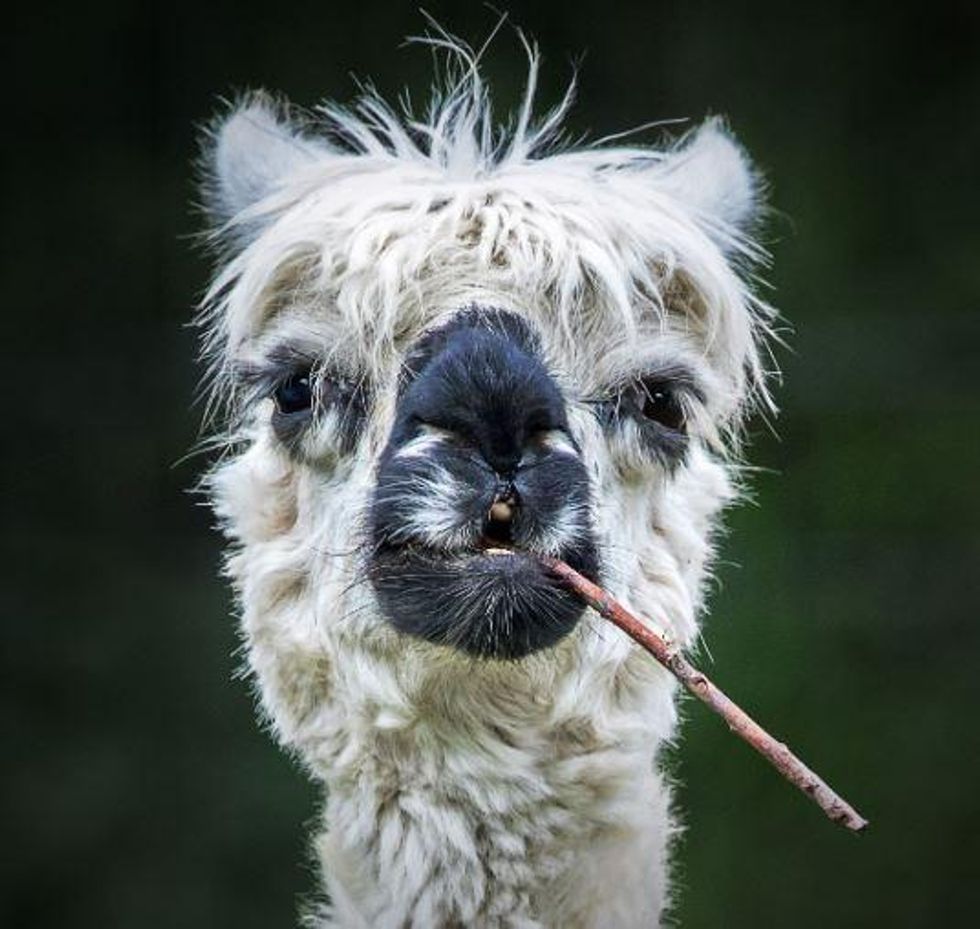 “He looks like he is smoking a cigar.” — Stefan Brusius 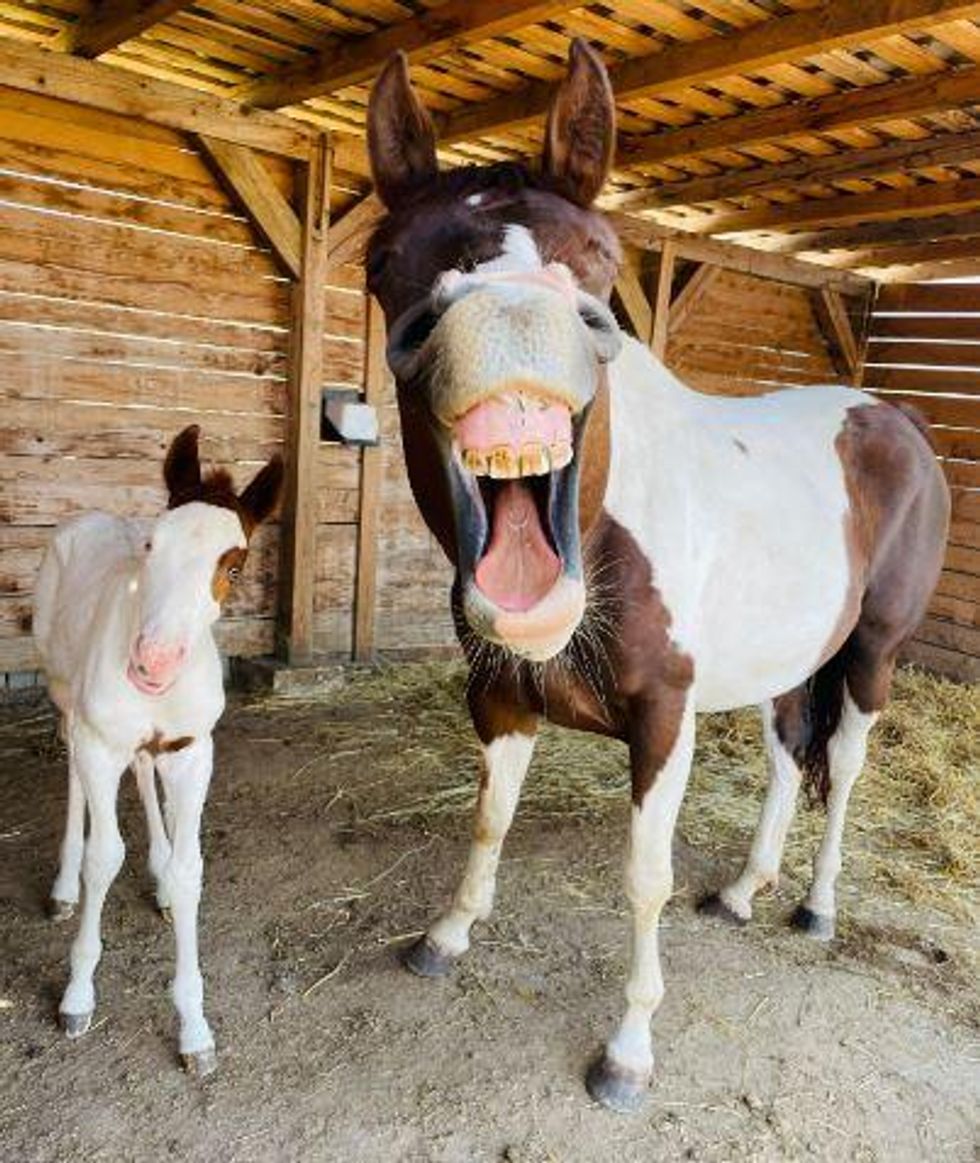 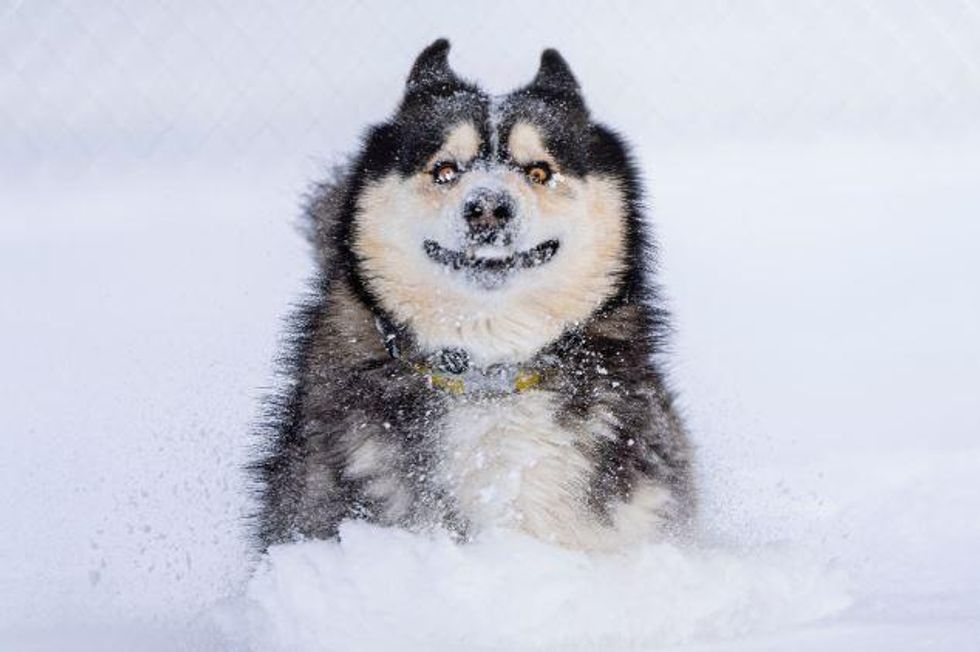 “Carter was on a Euth list in California. We flew from Chicago to Cali to rescue him. This was his first time experiencing snow. As you can see he could believe was missing out all these years!” — Marko Jovanovic 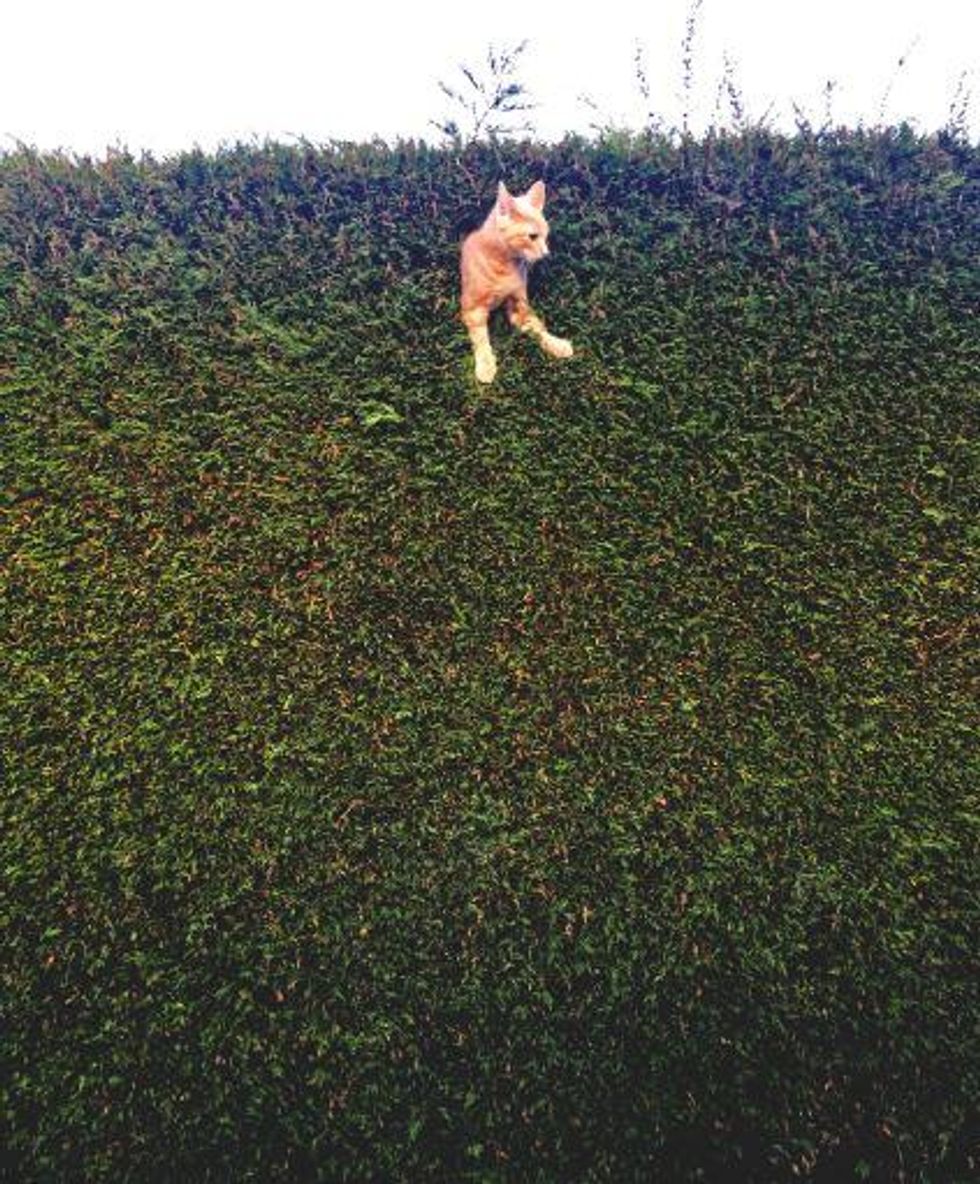 “We had gone out for the day and came home to find our kitten Jack had got stuck in the hedge!” — Freya Sharpe

Pets Who Look Like Their Owners: Judy Nussenblatt “Dave and Dudley” (dog, U.S.A.) 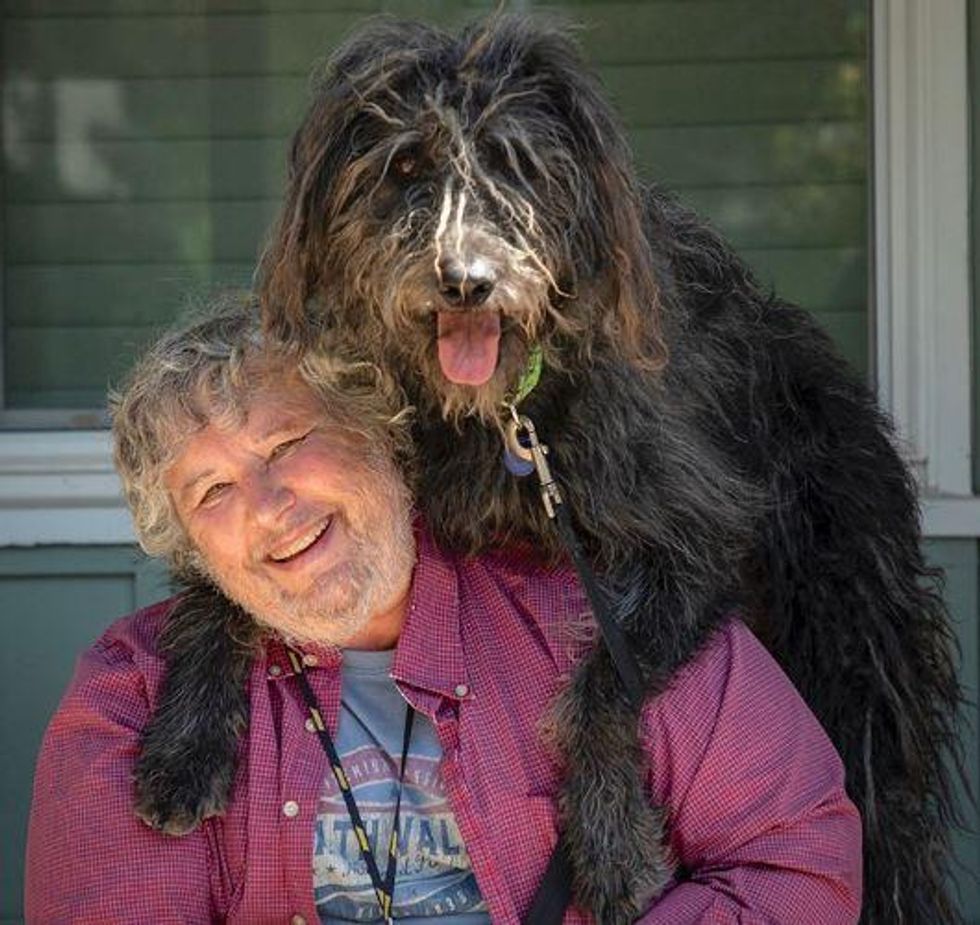 “This is my friend, David and his dog Dudley. During the early days of Covid, David and I took advantage of a beautiful day and we were out shooting pictures. Dudley was so excited when we got back that he threw his front paws around David’s shoulders and I snapped this picture. They both look like they could use a good haircut, but it was Covid….so who cares.” — Judy Nussenblatt 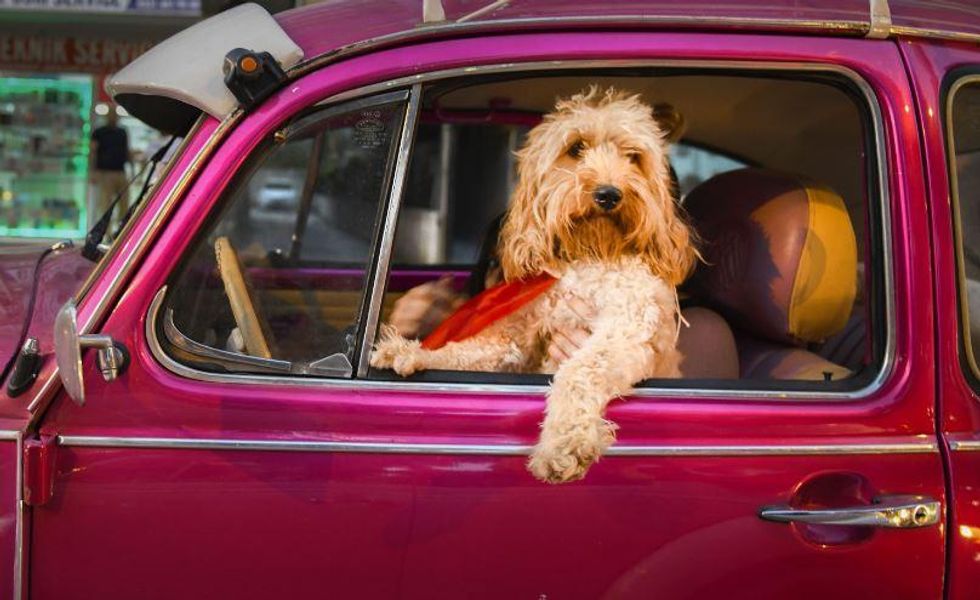 “This is what I saw when I stopped at the traffic lights. At first I thought the dog was really driving!” — Mehmet Aslan

Highly Commended: Beth Noble “OMG What Is That?” (cat, U.K.) 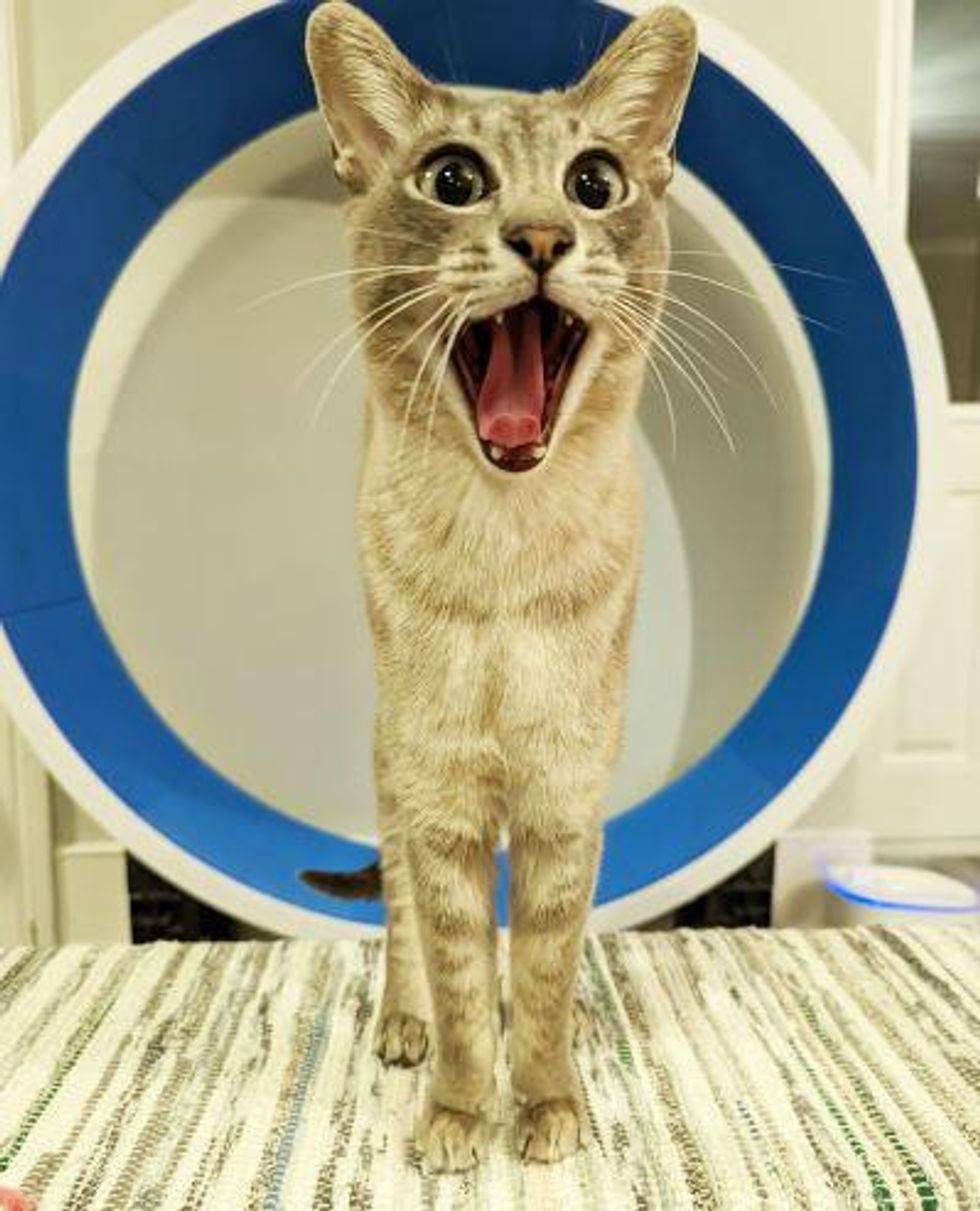 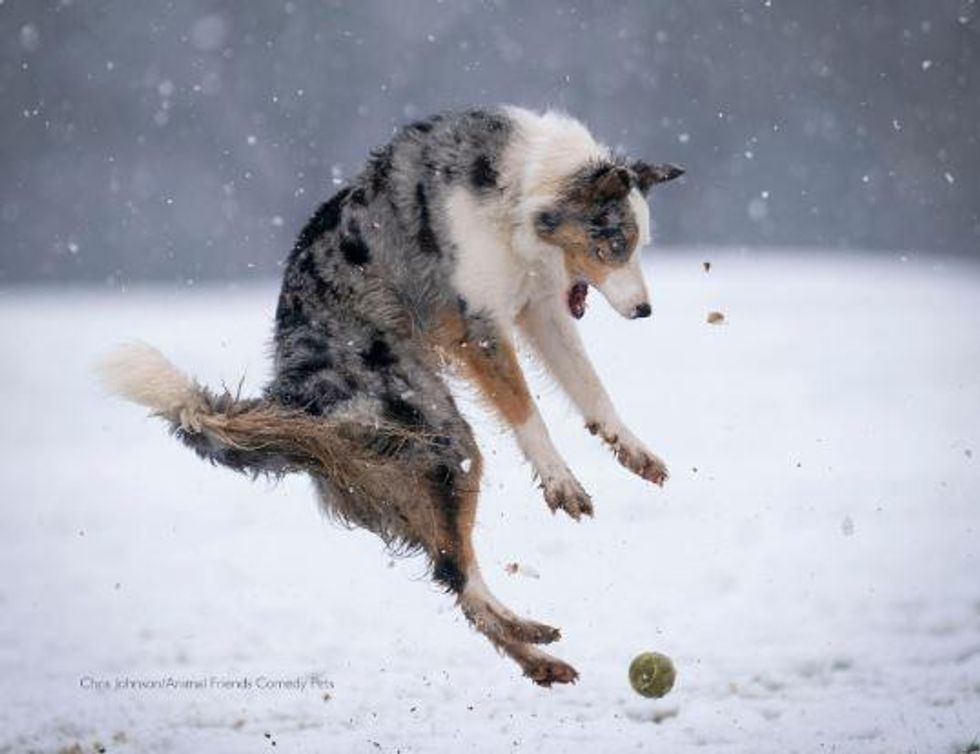 “This is Star playing in the snow in a local field and getting surprised by a passing tennis ball.” — Christopher Johnson 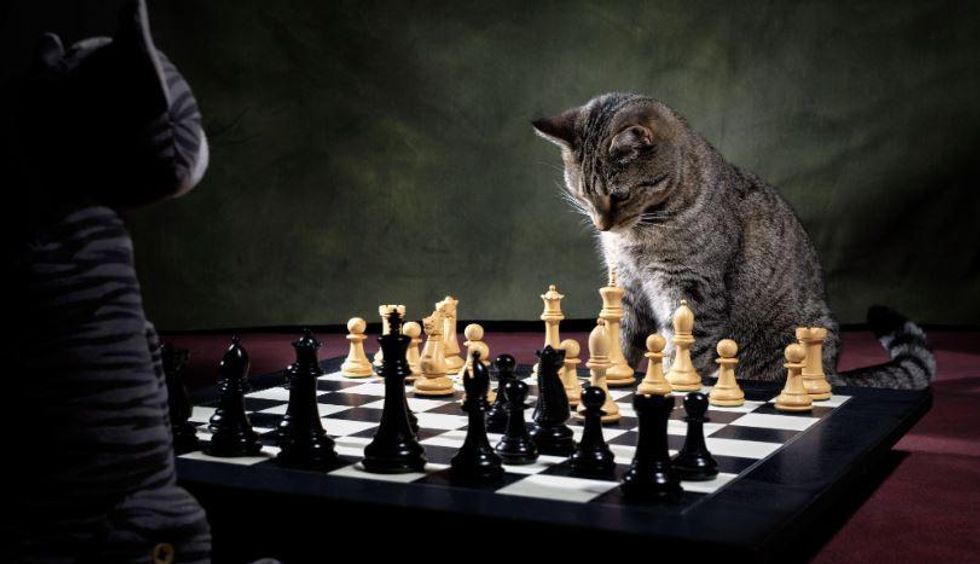 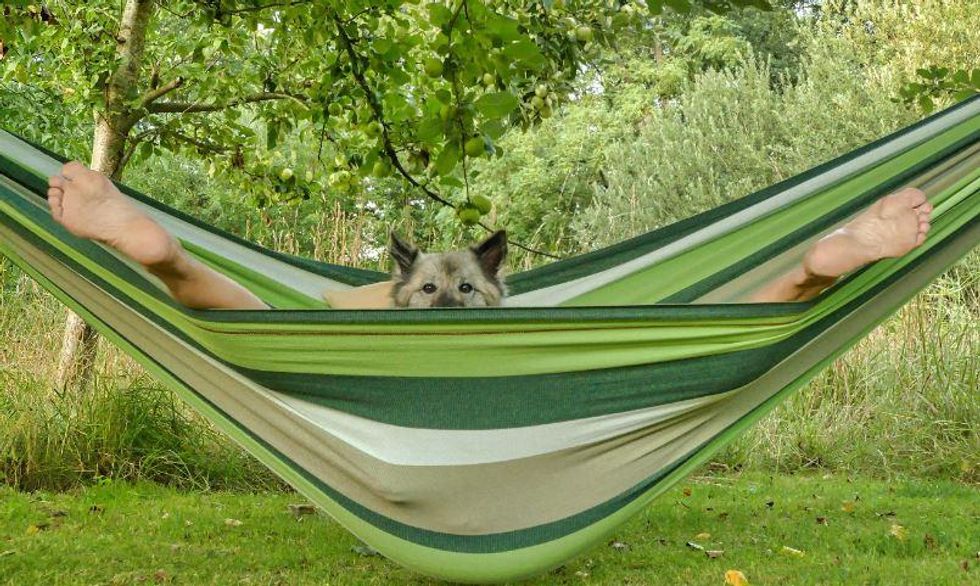 “Even a werewolf needs to relax sometimes.” — Karl Goldhamer 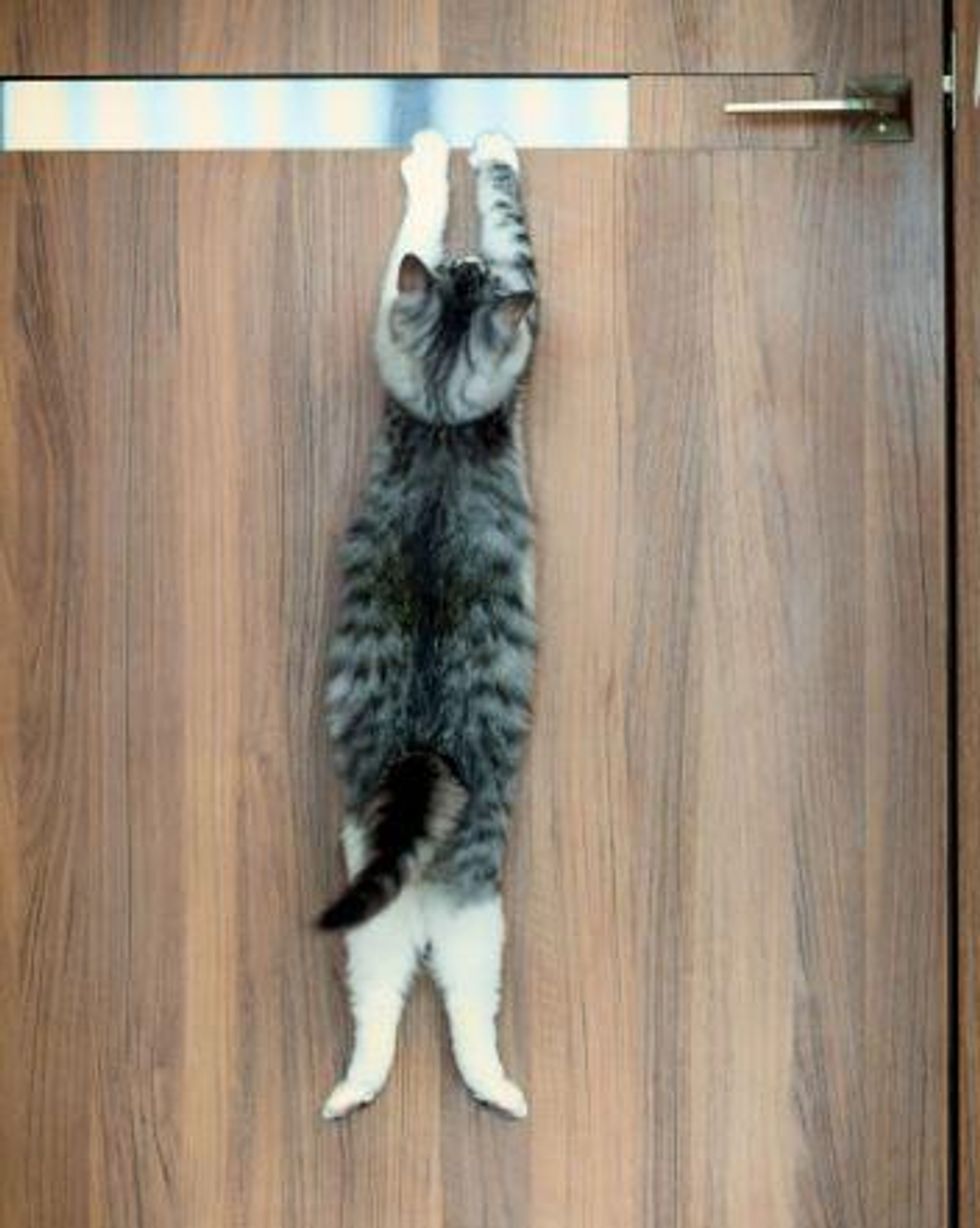 “She is my lovely kitty that is rescued from my local cat care facility. This is just a door that continued to a corridor. Sometimes she jumps up and holds a door when she is too desperate to go out.” — Kazutoshi Ono

Highly Commended: Kenichi Morinaga “Now, How Do I Upload My Pics?” (cat, Japan) 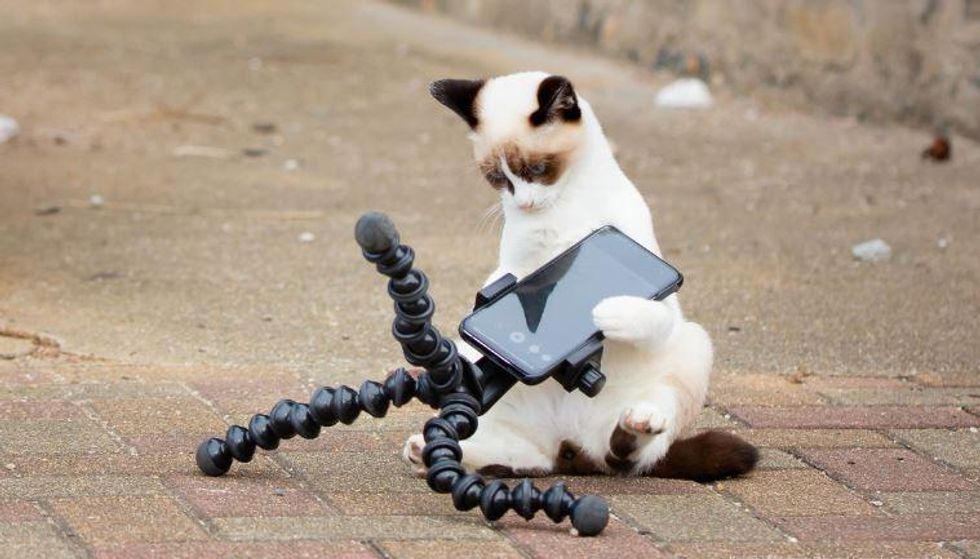 “I gotta smartphone so I want to upload my pics for my SNS. But I don’t know how to use it. Please someone tell me how to use it.” — Kenichi Morinaga

Highly Commended: Lucy Sellors-Duval “Mine, Not Yours” (dogs, U.K.) 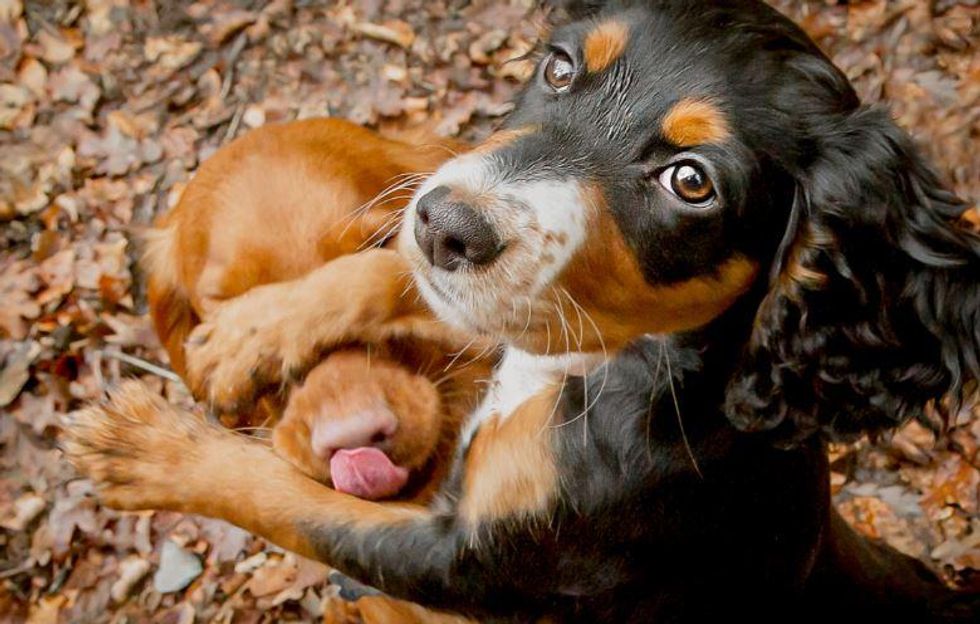 “Benji was determined to be the one to get all the yummy treats during his photo shoot even if it meant stopping his older brother Doug.” — Lucy Sellors-Duval