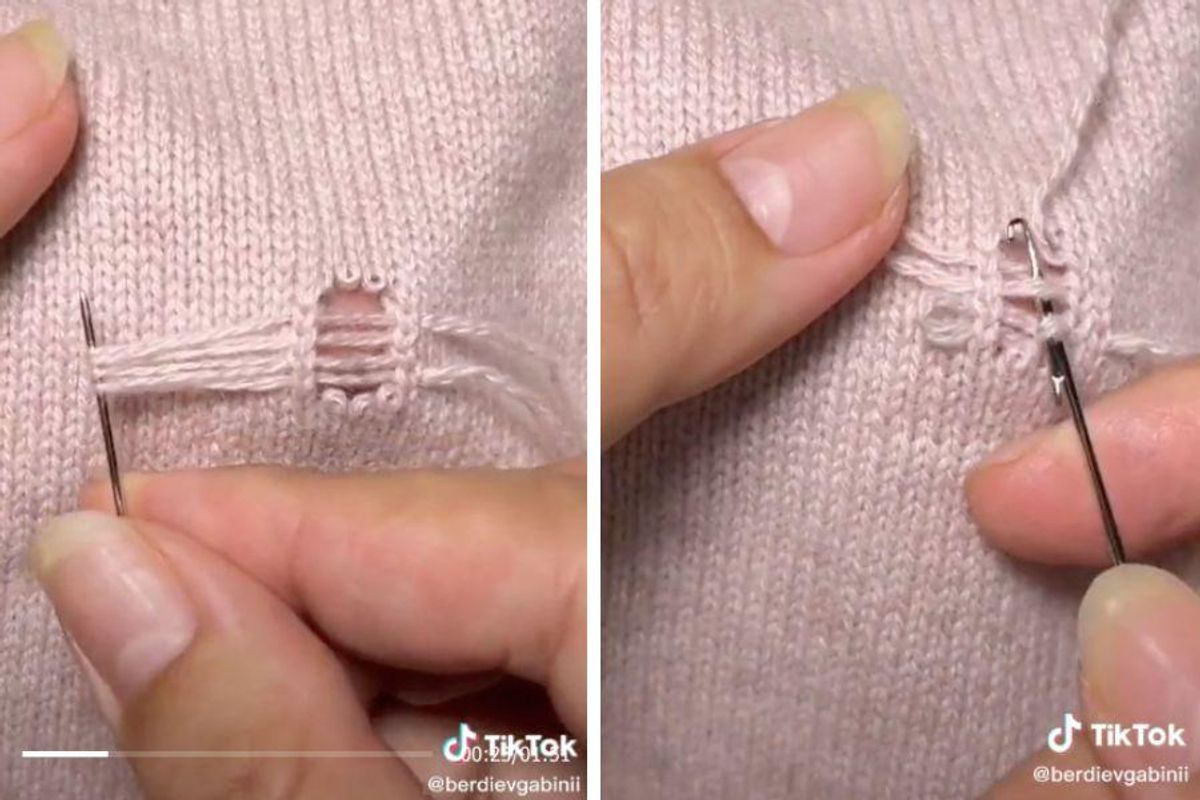 For most of human history, people had to make their own clothing by hand, and sewing skills were subsequently passed down from generation to generation. Because clothing was so time-consuming and labor-intensive to make, people also had to know how to repair clothing items that got torn or damaged in some way.

The invention of sewing and knitting machines changed the way we acquire clothing, and the skills people used to possess have largely gone by the wayside. If we get a hole in a sock nowadays, we toss it and replace it. Most of us have no idea how to darn a sock or fix a hole in any knit fabric. It’s far easier for us to replace than to repair.

But there are still some among us who do have the skills to repair clothing in a way that makes it look like the rip, tear or hole never happened, and to watch them do it is mesmerizing.

A video of someone stitching a hole in a knit sweater has gone viral on Facebook, with more than 17 million views on the original TikTok in August and more than 21 million views and 95,000 shares on a Facebook post of the video shared two weeks ago. Why? Well, you just have to see it.

The video begins by showing a hole in a light pink knit sweater. Using a needle, yarn and a tiny latch hook device, the person demonstrates how to fill the hole to make it look as if it never existed in the first place. Putting a patch over a hole is one thing, but this is something akin to magic.

What we’re witnessing here is a combo of knowledge and experience in the fiber arts, of course, but what it looks like is sheer sorcery or some kind of really complicated calculus problem. Who figured out how to do this? And why is it so satisfying to watch?

“I watched this whole video and I still don’t know how you did that,” shared one commenter. (Right?!)

“Hey that was pretty neat,” wrote another. “Can you do the ozone layer next?” (Ha.)

“I could watch it a hundred times and still not be able to do this,” wrote another. (Uh, same.)

“My toxic trait is thinking I can do this 😂😂😂,” shared another. (Maybe after watching it two hundred times.)

Kudos to those who are keeping these kinds of skills alive and sharing them with the world. We may not be passing this kind of knowledge down in most families anymore, but at least we have TikTok to help if we really want to learn it.