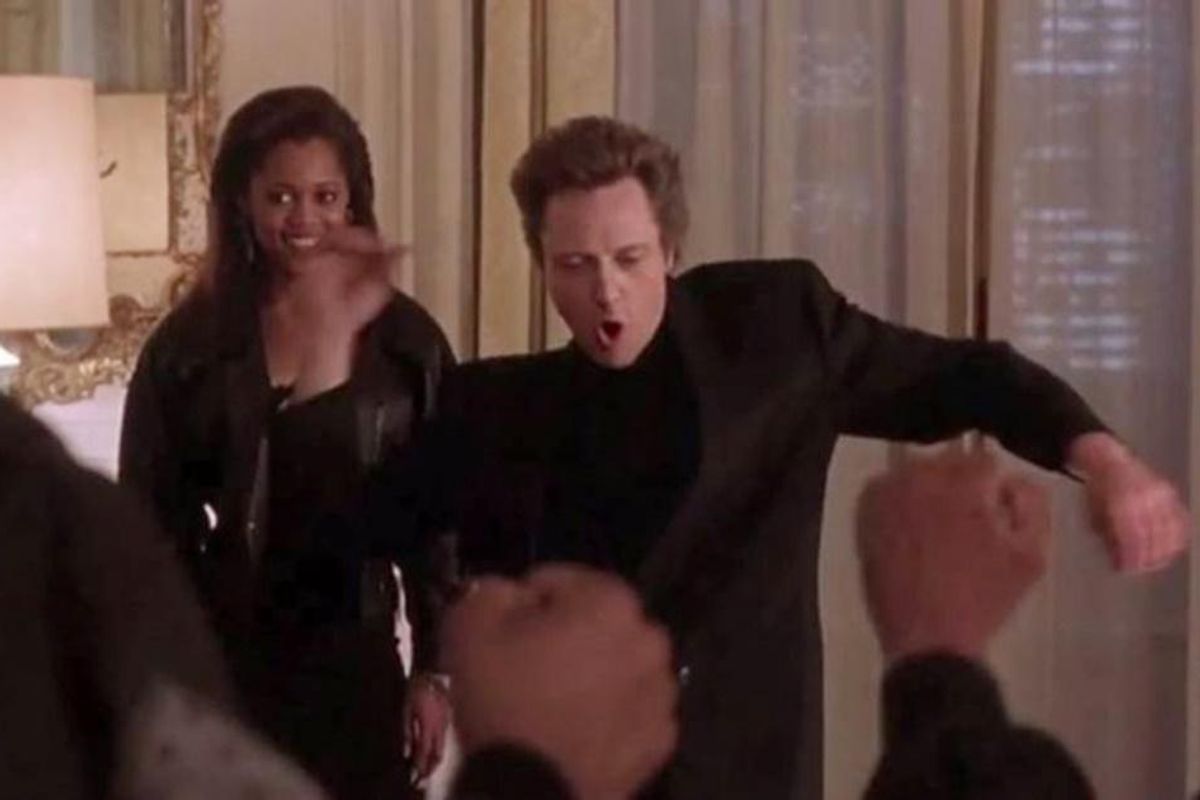 This article originally appeared on 02.15.22

These days, we could all use something to smile about, and few things do a better job at it than watching actor Christopher Walken dance.

A few years back, some genius at HuffPo Entertainment put together a clip featuring Walken dancing in 50 of his films, and it was taken down. But it re-emerged in 2014 and the world has been a better place for it.

Walken became famous as a serious actor after his breakout roles in “Annie Hall” (1977) and “The Deer Hunter” (1978) so people were pretty shocked in 1981 when he tap-danced in Steve Martin’s “Pennies from Heaven.”

But Walken actually started his career in entertainment as a dancer. He took his first dance lessons at the age of three. “It was very typical for people—and I mean working-class people—to send their kids to dancing school,” he told Interview Magazine. “You’d learn ballet, tap, acrobatics, usually you’d even learn to sing a song,” he later explained to Interview magazine.

As a child, he also studied tap dance and toured in musicals. He even danced with a young Liza Minelli. “I’d been around dancers my whole life, having watched my parents make musicals at MGM, and Chris reminded me of so many of the dancers I knew growing up,” Minelli said according to Entertainment Weekly. “He’s talented in every way.”

Craig Zadan, Executive Producer of “Peter Pan Live!,” agrees with Minelli. “I think that if he had been around in the heyday of MGM, he would have been a big star of musicals on film,” he told Entertainment Weekly.

His dance moves were put center stage in 2001 in Spike Jonze’s video for Fatboy Slim’s song “Weapon of Choice.” Walken says he did it because one day he’ll be too old to cut a rug. “You think, ‘Well, do it now!’ You know, you get too decrepit to dance,” he told Entertainment Weekly.