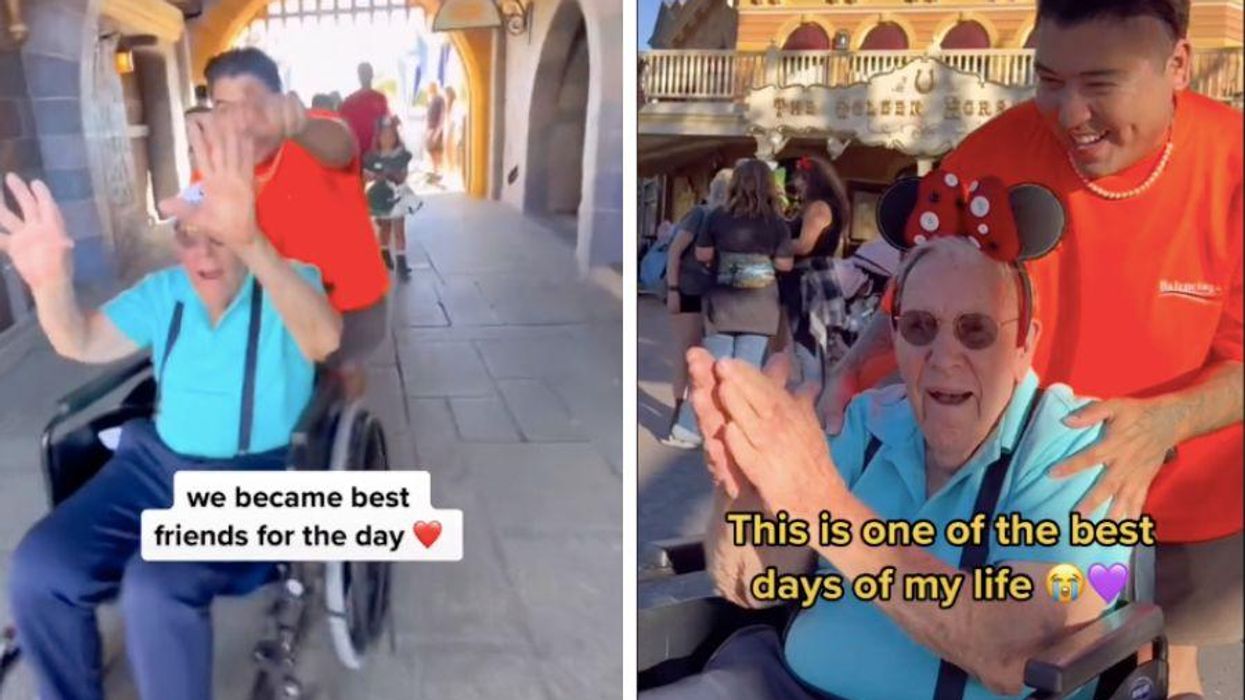 Isaiah Garza knows a thing or two about struggle. Having lived in poverty and been in and out of homelessness growing up, the Los Angeles-based designer, entrepreneur, philanthropist and public speaker hasn’t traveled an easy road, but has always felt compelled to make life better for others and inspire future generations.

Thanks to Rihanna being photographed wearing one of his jewelry designs on the cover of a French magazine, Garza has gotten to fulfill his dream. His successful design business has enabled him to spend a chunk of his money and time making people’s days a little brighter and sharing the effects of simple, kind and generous acts on social media.

For example, Garza recently invited a 100-year-old veteran he bumped into to spend a day with him at Disneyland. The man uses a walker, and most people probably wouldn’t think to ask a centenarian with mobility challenges if they want to go to a theme park, but the day they had together speaks to the power of reaching out without assumptions about limitations.

Garza’s video begins with him approaching the gentleman as he’s out for a walk.

“I’m sorry to bother you,” Garza says, “but I’ve had a really rough day. I just wanted to see if you would be willing to go to Disneyland with me today?”

Right off the bat, the ask is a lesson in kindness. Garza isn’t saying, “Here, let me do this nice thing for you,” but rather he’s asking the gentleman to do him a favor by accompanying him.

The man’s surprised reaction was understandable, but he said yes. What do you have to lose at 100? What followed was a delightful day for both of them as the man got to experience a day of Disney magic, which somehow always manages to work no matter what your age.

When the man tells Garza, “I thought my life was over,” it’s clear how much this day meant to him. When we’re young, we’re often so busy that we don’t recognize that not everyone lives like we do. Older people often get lonely and can easily be overlooked by society, and Garza approaching this man with a Disney day invitation let him know he wasn’t forgotten.

It also told him that he was seen as a full human with agency and capacity. Not many people see an old man with a walker and think, “I bet he’d like to go spend a day at Disneyland,” but look how happy it made him. Assumptions about what people who are older or people with mobility issues can do—or what they might want to do—can cause us to miss out on mutually enjoyable experiences. Perhaps not everyone this gentleman’s age would enjoy something as energy-filled as a day at Disney, but you never know, and it certainly doesn’t hurt to ask.

Imagine if each of us reached out to an elderly neighbor and invited them to do something fun with us. It doesn’t have to be a full day at a theme park—it could be a museum tour, a walk in the park, a coffee, a movie date and so on. Just the simple act of reaching out to let them know they are remembered and valued can make a big difference, but taking the time to share some joy together can be life-changing.

Garza’s kind and thoughtful approach is one we can all learn from and emulate. Thanks for showing us that it doesn’t take an enormous amount of effort to make the lives of those around us a whole lot richer and brighter.