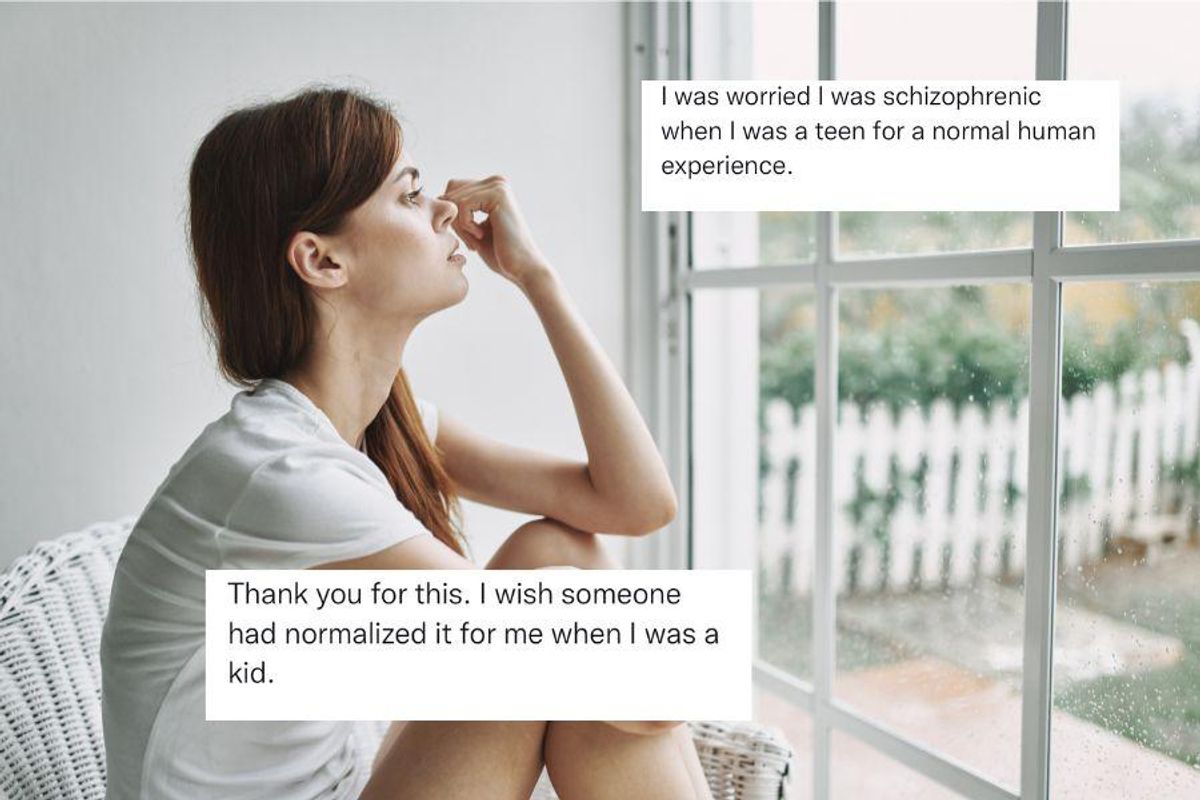 When I was younger I used to think I was dying or that I would get kidnapped by a random stranger, but I kept it to myself because I thought something was wrong with me. I thought that telling people would confirm this fear, so I kept it inside my entire life until I was an adult and learned it was part of ADHD and other disorders, such as OCD and PTSD. But it doesn’t have to be part of a disorder at all—a vast amount of people just have intrusive thoughts, and a Twitter user, Laura Gastón, is trying to normalize them for others.

u201cTalk to your kids about intrusive thoughts. Theyu2019re more common than you may realize, and they can be disturbing and scary. Kids donu2019t know what they are, and they arenu2019t likely to share they are having them. I cannot even begin to tell you the relief upon learning what they are-u201d

The name for the phenomenon sounds scarier than it actually is. It may help to think of the thoughts as a pop-up on an online article you’re reading. There you are scrolling along, really invested in this article and an ad for teeth whitening strips is suddenly obscuring half the page, so you find the camouflaged “X” and close it out. But somehow before you make it to the bottom of the page, there’s that dang pop-up again. That’s what it’s like to have an intrusive thought most of the time. It’s not always scary, it’s not all-consuming, it’s just there.

There are some intrusive thoughts that are distressing, especially if it’s a new thought. Often the thoughts that cause the most distress are the intrusive thoughts around hurting a child or doing something illegal. Having an intrusive thought that is concerning doesn’t mean you’re going to act on it. Our brains think thousands of thoughts daily and most of the time we are unaware of all of the activity because we’re focused on one particular thing, but then we have a pop-up. 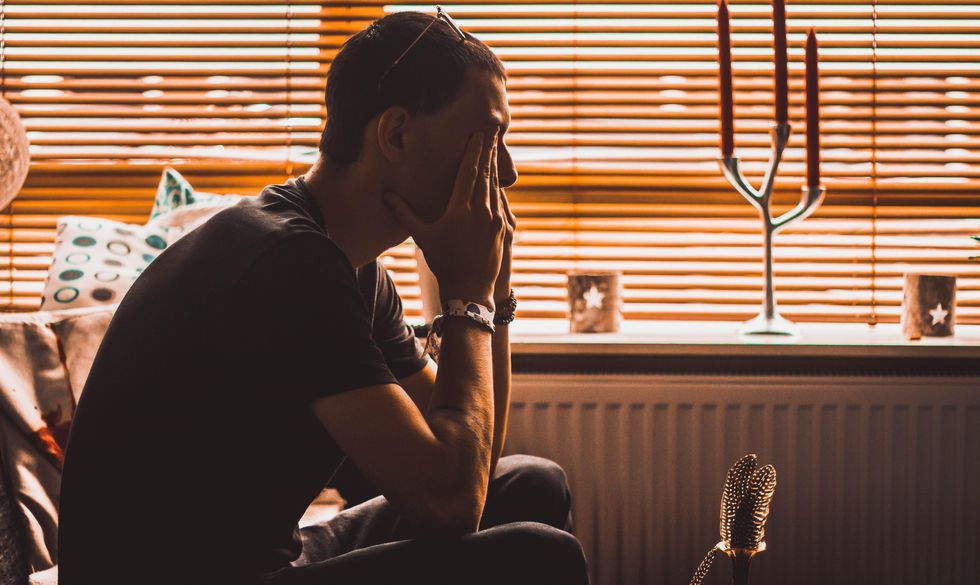 You could be struggling with finances in general but at the moment you’re working on a collage of sea turtles with your 9-year-old, next thing you know you have an intrusive thought about robbing a bank. Are you going to rob a bank? No, because you’re not a bank robber. Well, most people are not bank robbers so having the fleeting thought isn’t going to make you become one. It might make you think you’ve lost it for a few minutes, but it’s a completely normal human experience. Intrusive thoughts, not robbing banks.

Kids have intrusive thoughts as well, and it seems from the Twitter thread, that sometimes they’re dismissed by parents. Anna tweeted, “yes. I had severe intrusive thoughts in childhood, starting before age 7-8. I told my parents & asked for help but they refused. It was terrifying. I had no idea what was happening.” She went on to say that she was diagnosed with OCD as an adult and is currently in therapy. 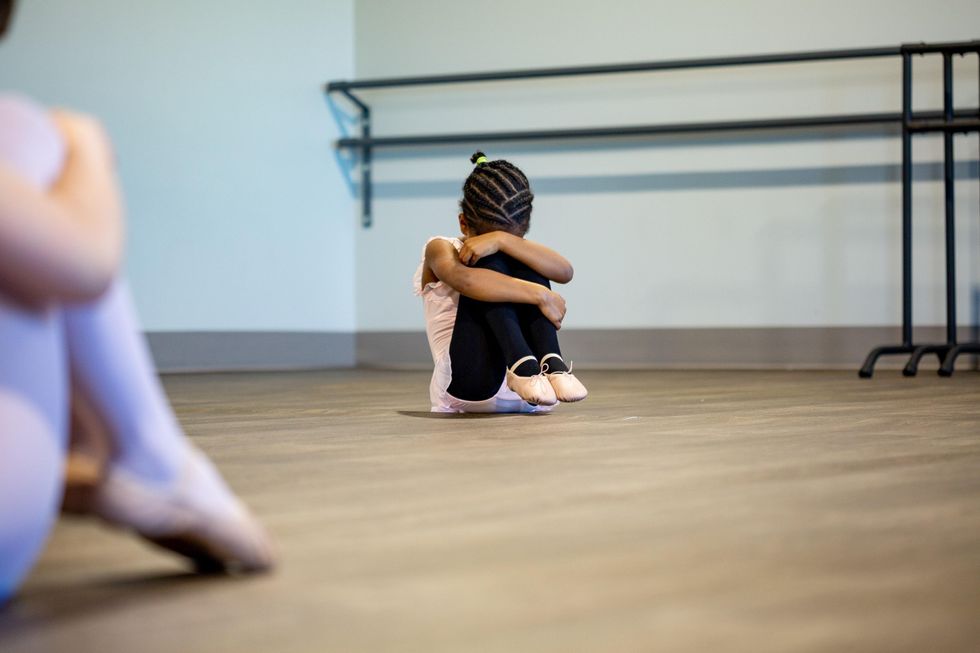 Another user, Benjamin tweeted, “I was today years old when I learned that there is a word for this. I have a few of these that come in ebbs and flows over the years – at least since early elementary age. Literally have just ignored it and tried to move on 😳 Kinda relieving to know others experience this.”

Alicia explained that as a teen she contemplated suicide. “My intrusive thoughts made me fear for the safety of others and I felt the only solace was my passing. I cried tears of joy upon learning they happened to a lot of people.”

The responses to the tweet go on and on with people sharing their experiences with intrusive thoughts and some sharing ways they have learned to cope with them. What it all comes down to in the end is that these thoughts are much more common that people realize and it should absolutely be talked about more. No person deserves to walk around assuming they’re somehow broken for having a human experience.