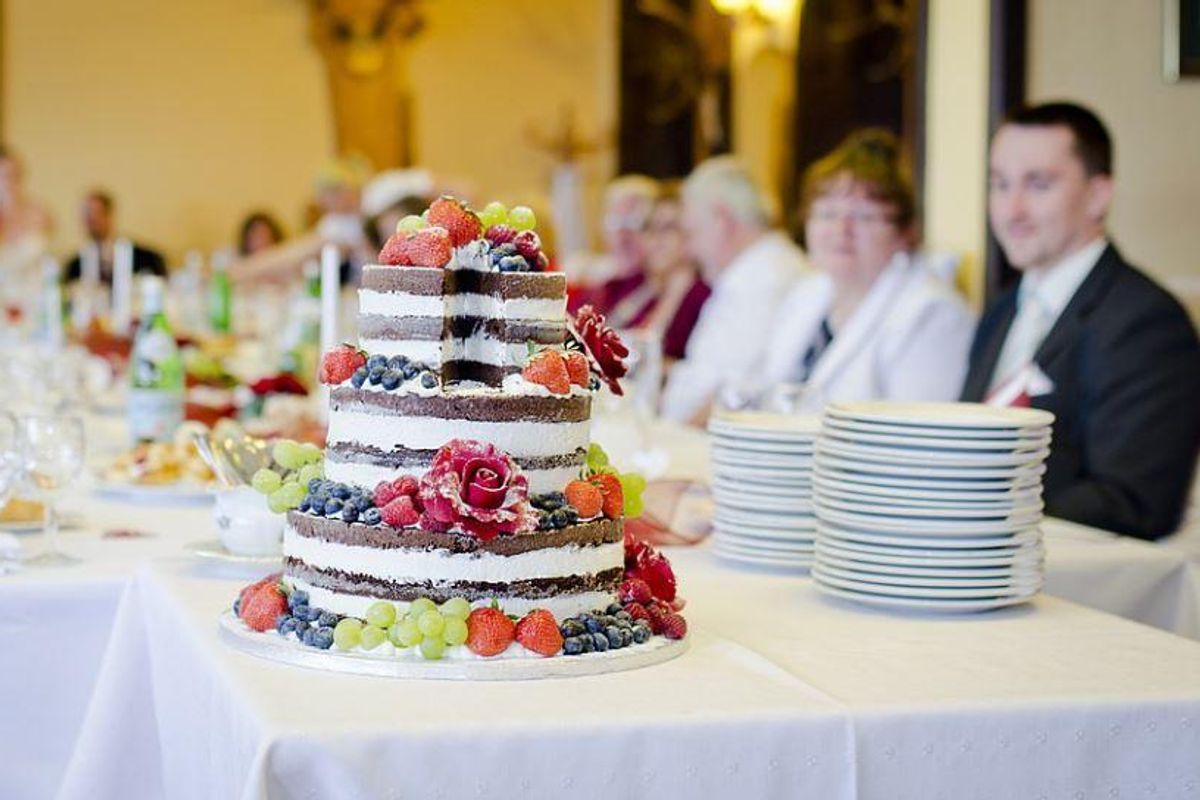 There are few things that feel more awful than being stranded at the altar by your spouse-to-be. That’s why people are cheering on Kayley Stead, 27, from the U.K. for turning a day of extreme disappointment into a party for her friends, family and most importantly, herself.

According to a report in The Metro, on Thursday, September 15, Stead woke up in an Airbnb with her bridemaids, having no idea that her fiance, Kallum Norton, 24, had run off early that morning. The word got to Stead’s bridesmaids at around 7 a.m. the day of the wedding.

“[A groomsman] called one of the maids of honor to explain that the groom had ‘gone.’ We were told he had left the caravan they were staying at in Oxwich Bay (the venue) at 12:30 a.m. to visit his family, who were staying in another caravan nearby and hadn’t returned. When they woke in the morning, he was not there and his car had gone,” Jordie Cullen wrote on a GoFundMe page.

Stead spoke with the groom at 4 p.m. the previous day, but they stayed the night with their respective parties to save some mystery before the big day. “The groom and I had already agreed not to speak the night before the wedding anyway, so I didn’t know what was happening on his end, I didn’t have a clue,” Stead told The Metro.

Stead was in absolute shock after hearing the news. She had paid for nearly the entire wedding herself, using up all of her life savings on the £12,000 ($13,000) affair. “As a joke, the videographer said ‘Why don’t you carry on, girls? You’ve spent all this money, you’re not getting it back, all your guests are there, why don’t you just go?’” Stead told The Metro.

So, she did just that. Stead decided that the wedding would go on without her fiance.

u201cKayley Stead made the brave decision to carry on with the celebrations without her partner of four years Kallum Norton after he ditched her before the ceremonynnhttps://t.co/BoBM7KUSOhu201d

“That’s when I was like, I’m going to do it,” she said. “I’d spent all this money, I’d been looking forward to the food, a dance with my dad, spending time with my family, so why not?”

Stead, her friends, family and even the groomsmen didn’t let things go to waste and they enjoyed her wedding entrance, food, speeches, dances and even posed for photos. “I didn’t want to remember the day as complete sadness,” she said.

“She was the most beautiful bride we had ever seen,” Cullen added.

The good news is that after the party, Cullen set up a GoFundMe page to help Stead recoup her losses and it has already reached its goal of £10,000 ($10,830). Almost two weeks after the event, Stead still doesn’t know why she was stood her up on her wedding day.

u201c”There were so many special moments, like my wedding entrance, the sparkler walk, the first dance and punching the wedding cake, so there was still happiness in the day. I’d spent all this money.” – Kayley Steadu201d

The Sun caught up with Norton and he refused to apologize. The only thing he had to say was, “I don’t want to talk about the article.”

While it’s terrible that Stead was stood up on her wedding day, she should be applauded for making the best of the worst day ever. It’s also wonderful that her bridesmaids and family stood by her side and supported her as she dealt with a serious blow. Let’s hope she finds someone better soon. It shouldn’t be too hard—standing someone up at the altar and then not even explaining yourself is a pretty low move.