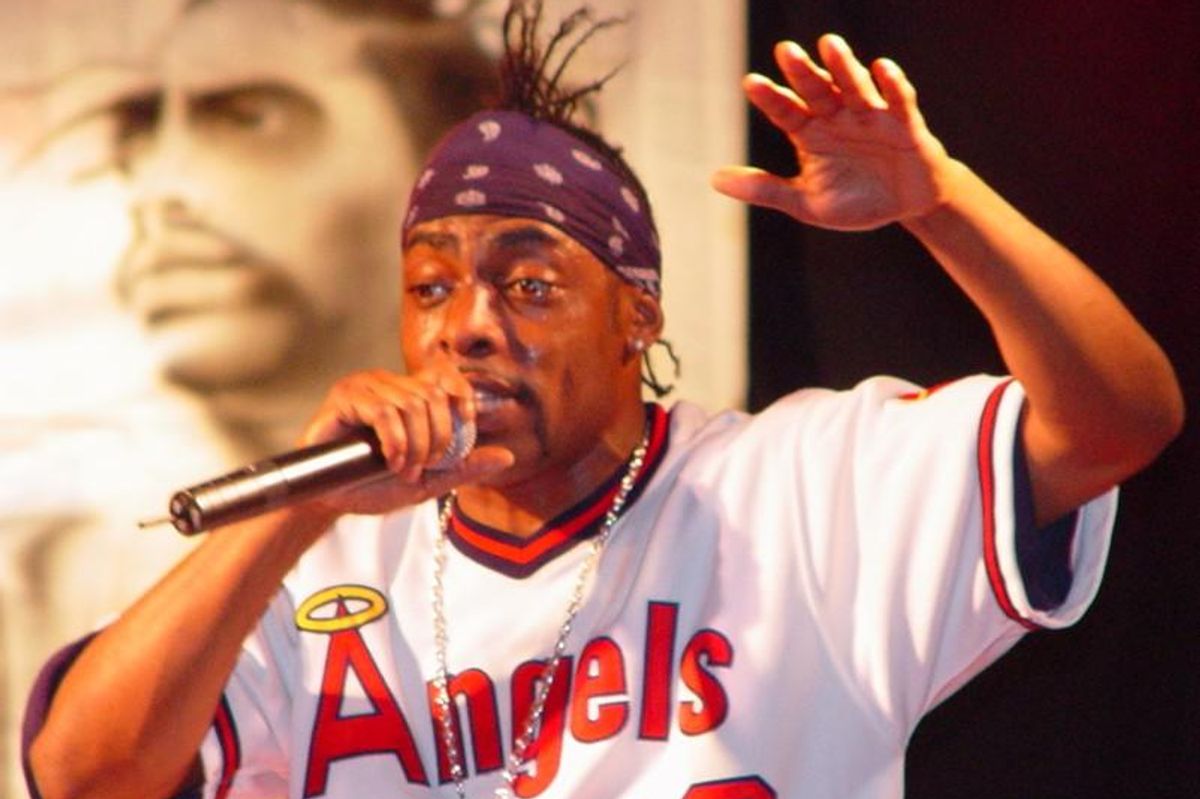 There aren’t too many people who haven’t heard the song “Gangsta’s Paradise” by Coolio. It quickly climbed the charts after it was used in the soundtrack of the movie “Dangerous Minds” and brings nostalgia anytime it comes on the radio. Following Coolio’s unexpected death, it’s no wonder the song is being played again. But one user had a unique experience with the late rapper, and his 2013 video has resurfaced on YouTube showing Coolio hanging out with the group of England’s University of Central Lancashire students in their dorm room.

In the video, you can hear the group of college kids giggling as they attempt to learn the beginning of the song as one of them plays the guitar. Coolio, whose real name is Artis Leon Ivey Jr., sat on the couch directing the group on the vocals and the pace of the tune. The whole interaction appeared to be a college experience to definitely call home about. I’m sure most of them talked about it for years afterward, and while participating in an a capella rendition of “Gangsta’s Paradise” with the actual artist was likely a very cool experience, it didn’t stop there. In the caption of the video it says that Coolio shopped with them and cooked the kids a three-course meal and shared stories about his life.

This just goes to show that Coolio definitely lived up to his name on the stage and off because these students certainly have one of the coolest stories to carry with them. Check out the amazing interaction below.