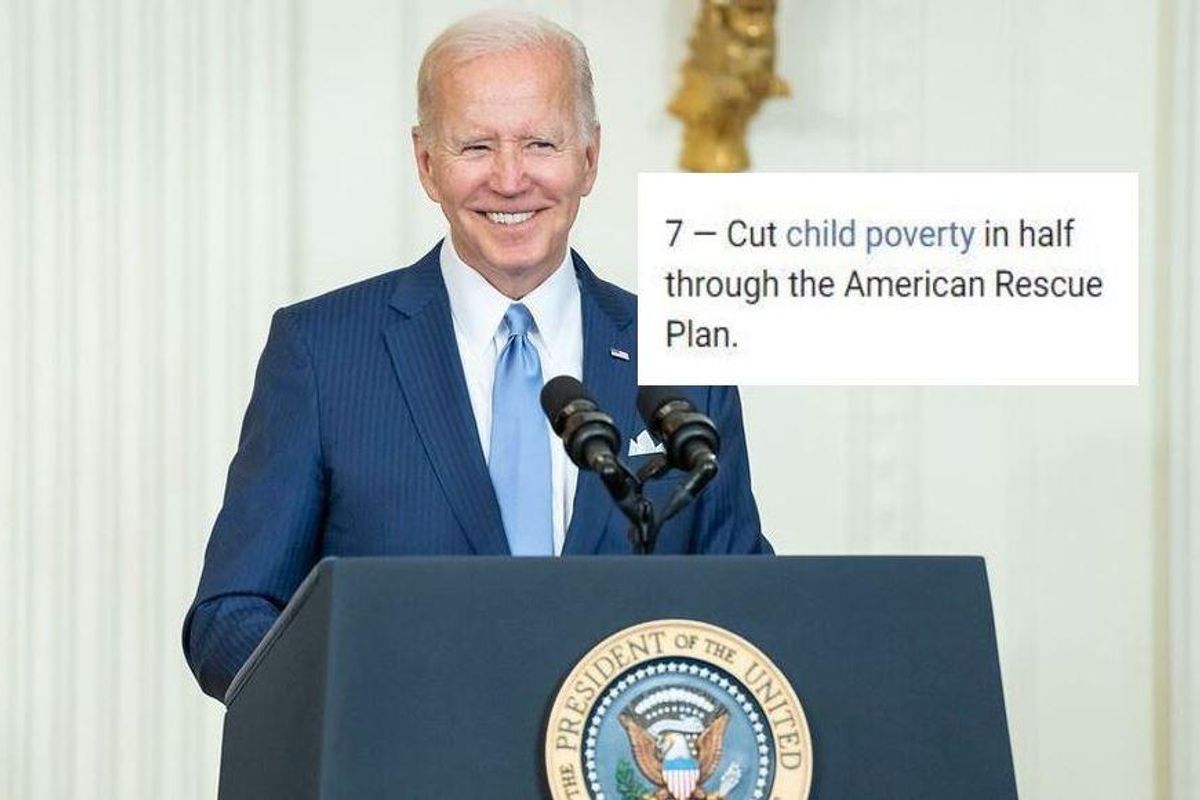 As we near the 2022 midterm elections, we approach the midway point of Joe Biden’s first term as president of the United States. When Biden took office, the nation was in turmoil. The COVID-19 pandemic raged due to the previous administration’s inability to confront the issue. The country was in shock after the January 6 riot at the Capitol building, which put countless members of congress’s lives in danger and democracy in peril.

The nation desperately needed a new commitment to climate change after the previous administration rolled back climate protections. America was also on shaky ground economically after the pandemic brought unemployment to its highest rate since the Great Depression and businesses struggled to stay afloat amid lockdowns and labor shortages.

Joe Biden promised steady, bi-partisan leadership at a time of intense political division and halfway through his first term, he’s kept that promise.

“Biden has governed from the center, remained sensitive to important issues affecting voters on the left and right and achieved a moderate level of congressional bipartisanship,” Thomas C. Oakes wrote in the Chicago Sun-Times. 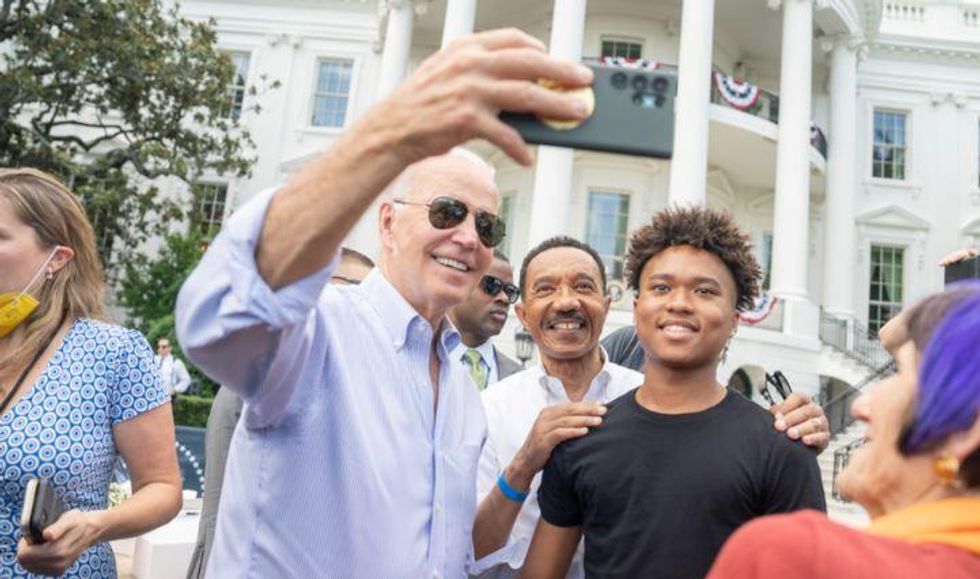 Biden’s presidency has been transformative, although it didn’t appear to be that way in the beginning.

“Seriously, it has been amazing to watch the media narrative on the Biden administration change,” Paul Krugman wrote in The New York Times in August. “Just a few weeks ago President Biden was portrayed as hapless, on the edge of presiding over a failed presidency. Then came the Inflation Reduction Act, a big employment report and some good news on inflation, and suddenly we’re hearing a lot about his accomplishments.”

Here are 23 of Joe Biden’s greatest accomplishments as president of the United States.

1. Passed the $1.2 trillion bipartisan infrastructure package to increase investment in the national network of bridges and roads, airports, public transport and national broadband internet, as well as waterways and energy systems.

2. Helped get more than 500 million life-saving COVID-19 vaccinations in the arms of Americans through the American Rescue Plan.

4. Made a $369 billion investment in climate change, the largest in American history, through the Inflation Reduction Act of 2022.

5. Ended the longest war in American history by pulling the troops out of Afghanistan.

7. Cut child poverty in half through the American Rescue Plan.

8. Capped prescription drug prices at $2,000 per year for seniors on Medicare through the Inflation Reduction Act.

9. Passed the COVID-19 relief deal that provided payments of up to $1,400 to many struggling U.S. citizens while supporting renters and increasing unemployment benefits.

10. Achieved historically low unemployment rates after the pandemic caused them to skyrocket.

11. Imposed a 15% minimum corporate tax on some of the largest corporations in the country, ensuring that they pay their fair share, as part of the historic Inflation Reduction Act. 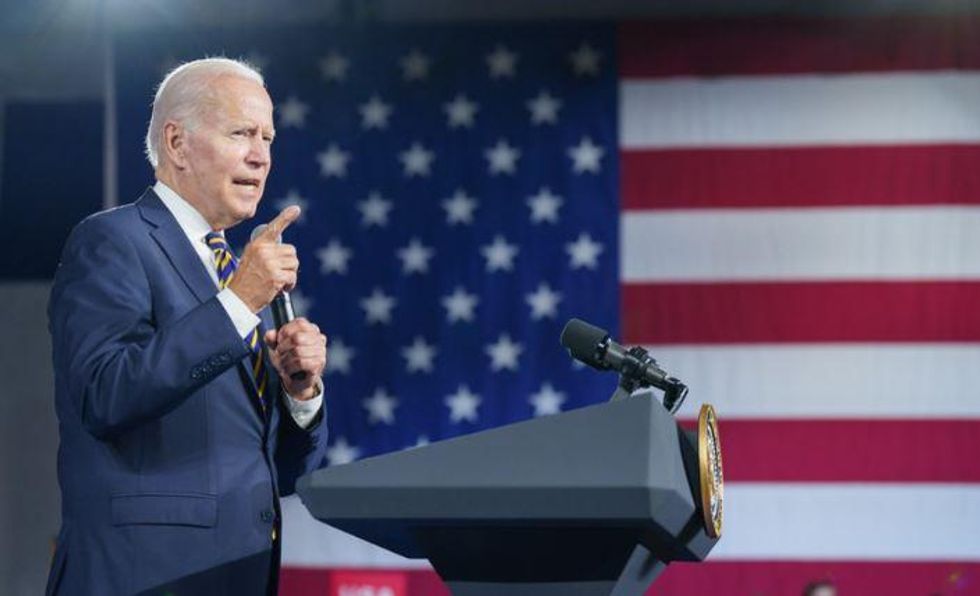 12. Recommitted America to the global fight against climate change by rejoining the Paris Agreement.

13. Strengthened the NATO alliance in support of Ukraine after the Russian invasion by endorsing the inclusion of world military powers Sweden and Finland.

14. Authorized the assassination of the Al Qaeda terrorist Ayman al-Zawahiri, who became head of the organization after the death of Osama bin Laden.

17. Boosted the budget of the Internal Revenue Service by nearly $80 billion to reduce tax evasion and increase revenue.

18. Created more jobs in one year (6.6 million) than any other president in U.S. history.

19. Reduced healthcare premiums under the Affordable Care Act by $800 a year as part of the American Rescue Plan.

20. Signed the PACT Act to address service members’ exposure to burn pits and other toxins.

21. Signed the CHIPS and Science Act to strengthen American manufacturing and innovation.

22. Reauthorized the Violence Against Women Act through 2027.

23. Halted all federal executions after the previous administration reinstated them after a 17-year freeze.