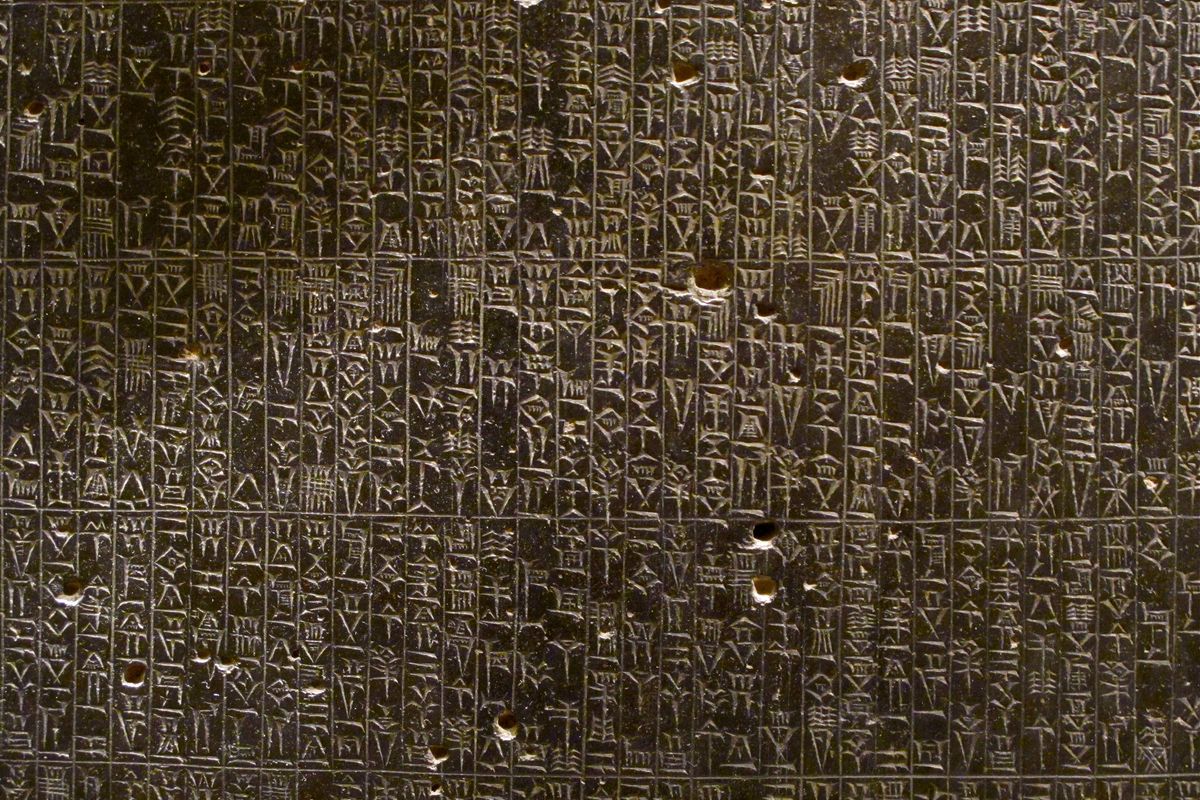 The modern justice system is certainly not without its flaws, however most can agree that the concept of “innocent until proven guilty” is one that (when not abused) stands as the foundation of what fair due process looks like. This principle, it turns out, isn’t so modern at all. It can actually be traced all the way back to nearly 3,800 years ago. 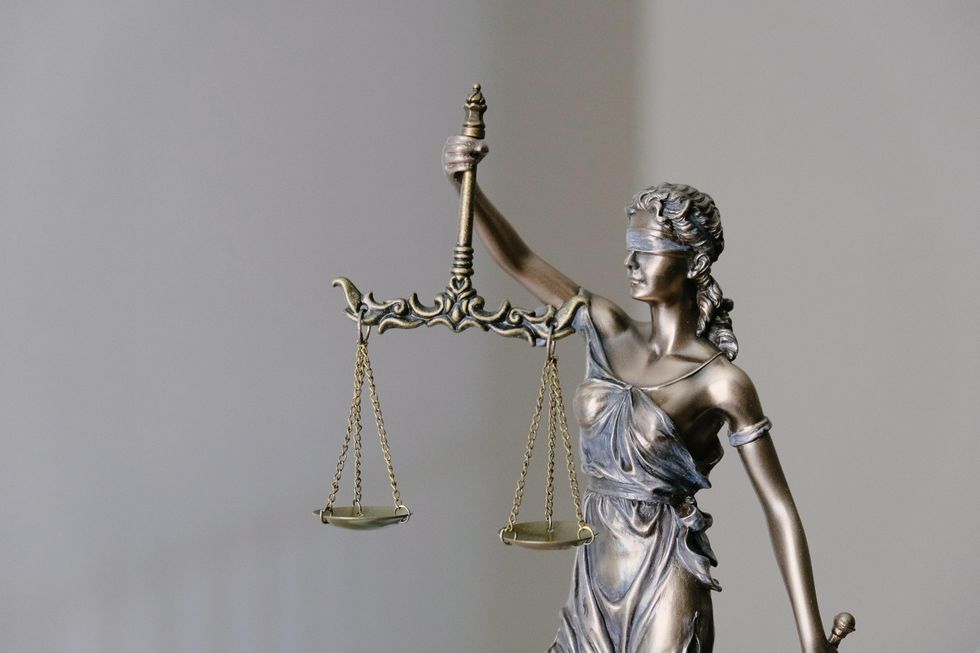 English barrister Sir William Garrow is known for coining the “innocent until proven guilty” phrase between the 18th and 19th century, after insisting that evidence be provided by accusers and thoroughly tested in court. But this notion, as radical as it seemed at the time, can, in fact, be credited to an ancient Babylonian king who ruled Mesopotamia.

During his reign from 1792 to 1750 B.C., Hammurabi left behind a legacy of accomplishments as a ruler and a diplomat. His most influential contribution was a series of 282 laws and regulations that were painstakingly compiled after he sent legal experts throughout his kingdom to gather existing laws, then adapted or eliminated them in order to create a universal system.

Those laws were inscribed on a large, seven-foot stone monument, and they were known as the Code of Hammurabi.

The Code of Hammurabi was extensive and included rules and penalties pertaining to economic, family, criminal and civil law. On top of the stone sits a carving of the king receiving the laws from Shamash, the Mesopotamian god of justice and equity, implying that the laws are divinely ordained. 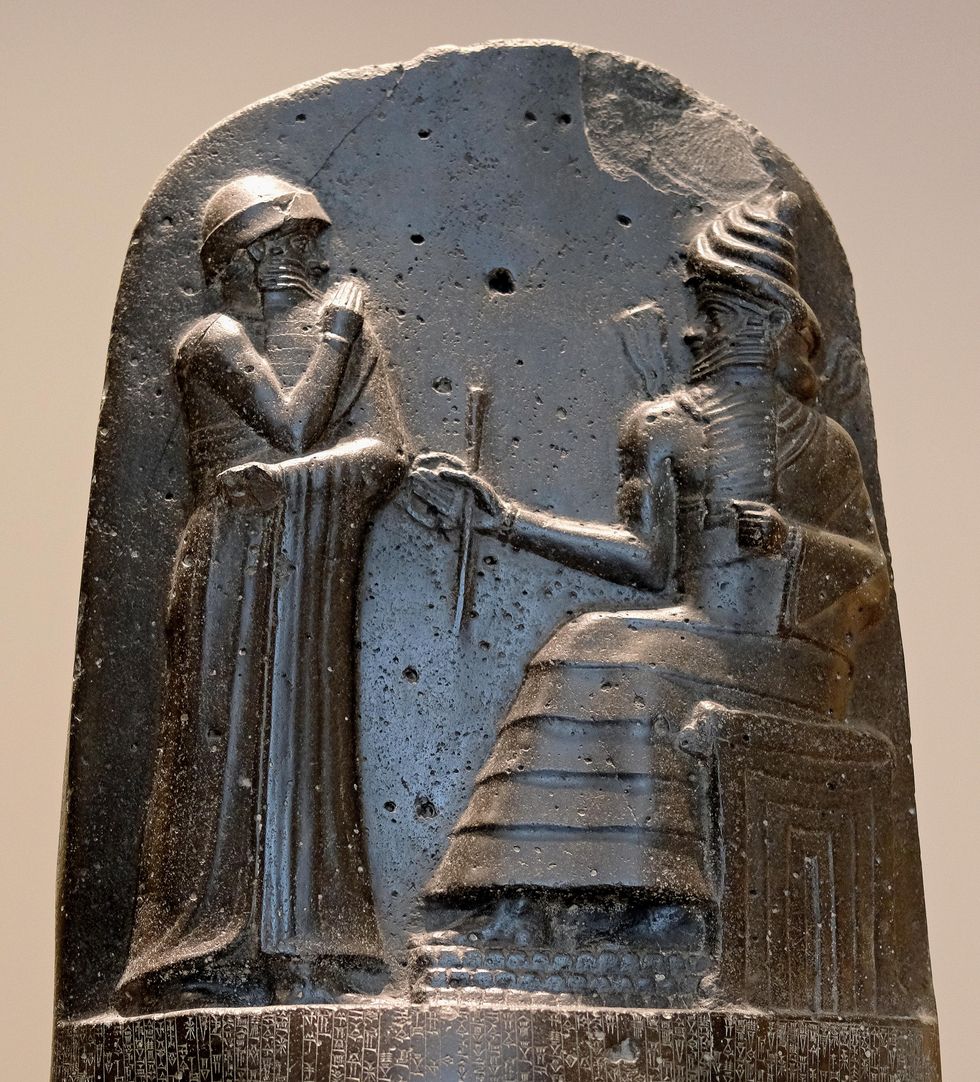 Historians only know of one earlier recorded law collection, created just 300 years before Hammurabi, and it was much less detailed by comparison. As Dawn McCormack, associate dean of the College of Graduate Studies at Middle Tennessee State University, explains, this was most likely due to the growing group of different peoples conquered during Hammurabi’s reign. “As the population diversified, the law codes adapted to meet the new circumstances.”

Some of the laws in the Code of Hammurabi might be seen as barbaric by today’s standards, with punishments being the removal of the guilty party’s tongue, hands, breasts, eye or ear. On the other hand, many laws were quite progressive. Kelly-Anne Diamond, an assistant teaching professor of history at Villanova University, told History, the code provides the first recorded alimony payment law.

Diamond also notes that Mesopotamians “put a lot of emphasis on getting to the truth of a case,” and therefore mandated the use of witnesses, oral testimony and written evidence to prove guilt. They also established having individuals swear they were telling the truth by oath. “Oaths were particularly effective because of the people’s profound belief that the gods would punish them if they lied under oath,” she explained.

Presuming innocence in today’s legal system has had its fair share of negative impact on victims, primarily in sexual harassment cases, not to mention the heavy use of media coverage for court cases of public figures, which can certainly sway public opinion. Still, the fact that evidence-based, fair and impartial justice has been a goal throughout history offers an encouraging outlook for humanity as a whole. Perhaps it’s an ideal that will never fully be achieved, but the fact that people continue to pursue integrity is something worth noting.