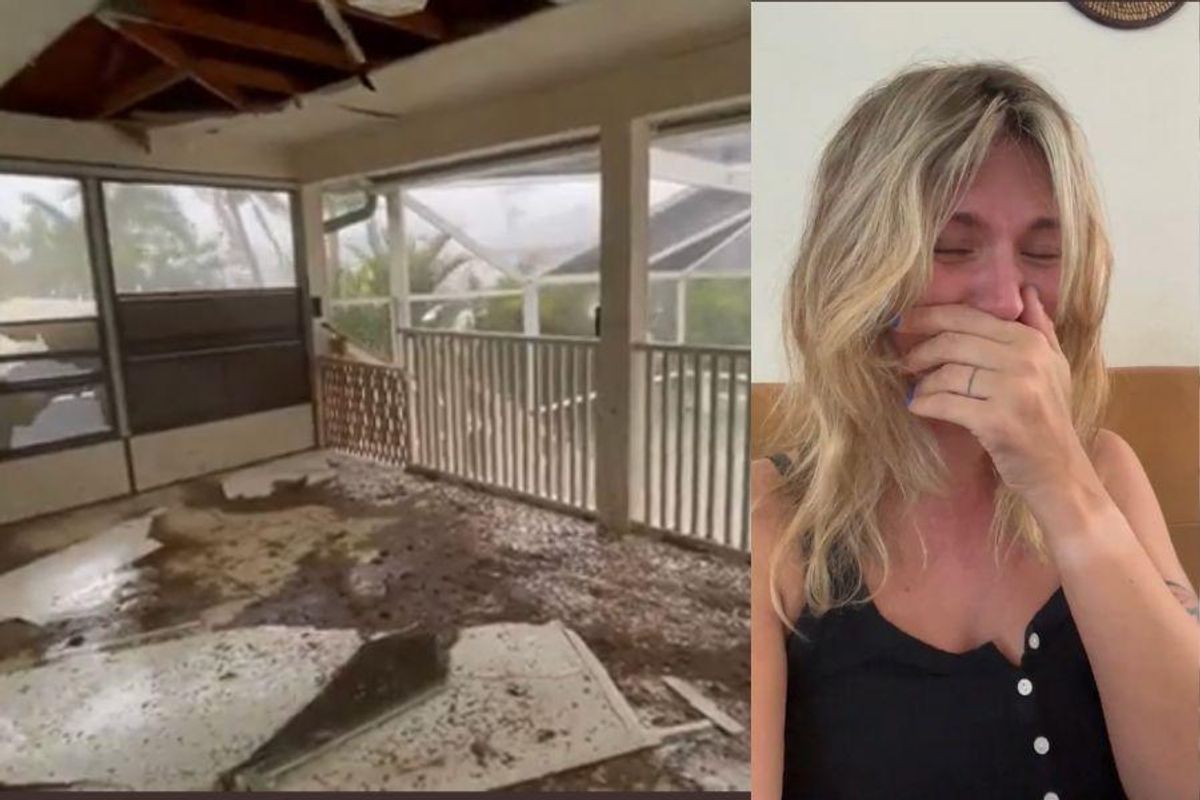 After Hurricane Ian plowed through Fort Myers, Florida, people began sifting through the rubble, desperately searching for family members they hadn’t been able to reach. Beth Booker was one of them.

Booker’s 78-year-old mother, Carole McDanel, lives in Fort Myers and didn’t evacuate as she didn’t think the storm would hit the beach town. But it did, and when Booker saw pictures of her mom’s house underwater, she took to Twitter to try to locate her mother.

Booker put out a desperate plea on the social media platform on September 28: “I have never felt more helpless in my life. I called my mom and it went to voicemail. I’m praying that she put her phone on airplane mode to save battery. So scared. Can’t stop shaking.” The distraught daughter went on to say, “Please, angels. Get her through this. I can’t believe this is happening.” After essentially putting her desperate cries into the void of the internet, she reached people from around the country who got to work offering prayers, tips and suggestions on how to try to contact her elderly mother.

u201cI have never felt more helpless in my life. I called my mom and it went to voicemail. Iu2019m praying that she put her phone on airplane mode to save battery. So scared. Canu2019t stop shaking.nnPlease, angels. Get her through this. nnI canu2019t believe this is happening.u201d

After a natural disaster like a hurricane, cellphone service can be hard to come by as cell towers can be taken down by the storm, and several Twitter users pointed this out. Someone else suggested that Booker fill out a “shelter in place” form for her mother so officials knew to account for her.

Booker began using the hashtag #GetCaroleHome as a means to have everyone’s efforts in one easy-to-find place after her mother stopped updating her. The fear that Booker felt after losing contact with her mother is unimaginable. The last update Booker had was of her mother’s house becoming submerged in water, so fearing the worst was not a far leap in this situation.

In a follow up video on Twitter, Booker said, “You see this kind of stuff happen on the news. You see this on social media. You see it happen in other cities and you know it can happen here when you live in Florida. We all know that, but when it’s actually happening to you, it is honestly unbelievable.”

Thankfully, rescue efforts were underway a few hours later and according to Good Morning America, Booker’s husband and his friend went out in a boat in hopes of finding the elderly woman. Fortunately, the two men located the missing woman right in her house on the couch where she rode out the storm.

Booker posted an emotional update on her Twitter page letting her followers know that her mother had been located and was safe. The embrace between mother and daughter in the picture is heartwarming.

Disaster relief efforts are still underway in Florida as communities work to salvage what they can from their properties. Hopefully there are many more happy endings to come from other families looking for their loved ones, but for now, it sure feels good to know that Carole is home safe and a daughter’s worries are put to rest.