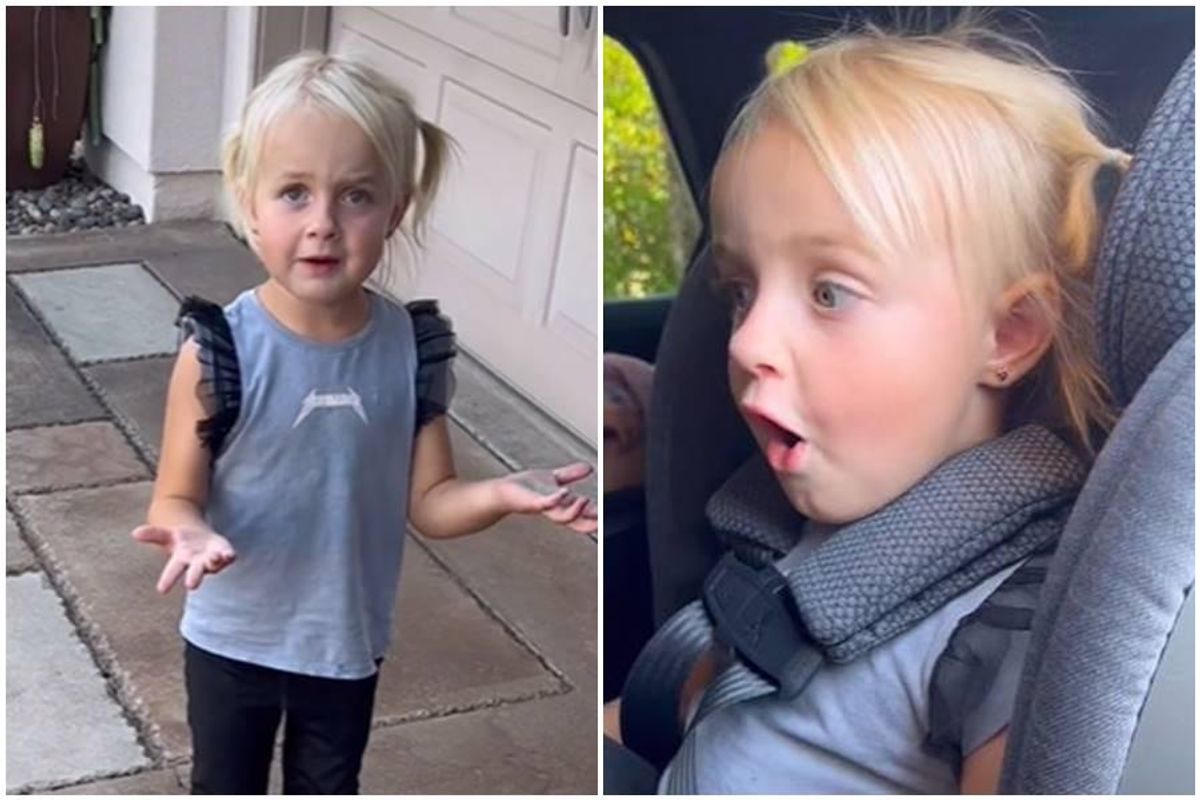 “The talk” is a moment a lot of parents dread having with their children. Sex is a complicated issue so it’s understandable that parents feel uncomfortable breaching that boundary with their kids and explaining such a delicate topic.

Kadyn Smith, a mom in California, got more than 2.5 million views of a video she posted on TikTok because of her incredible ability to navigate the topic with her 3-year-old daughter, Blakely. Smith told Blakely she was going to be a big sister for the second time and recorded the conversation to post on social media.

Blakely had a lot of big questions for her mother:

“Is it gonna come out when it’s big?”

“Is it gonna tickle me?”

Then, she got to the biggest one. “How can a baby get in your tummy?” she wondered as she put her hand on Smith’s belly, to which Smith had a great response, “Mommy and Daddy put it there.”

“Did you open your tummy and then the baby got in there?” Blakely asked. “Yeah,” Smith responded.

Smith told TODAY Parents she was totally caught off guard by Blakely’s question. “I had no idea that was coming. You can hear me take a pause,” Smith said. “I was like, ‘uhh.'”

Smith got a lot of love on TikTok for her ability to sidestep the question while providing an answer that satisfied her daughter. “Hahahah every parent completely understood the delay to HOW baby got there,” Lynne Harris-Reginer wrote in the comments. “Good answer mommy goooood answer. Fast thinking, too,” Lillyrae570 added.

Parents shared how their kids responded to the “how did a baby get in your tummy” question.

Smith’s answer sounded great to a lot of people’s ears, but what do the experts say?

Parent coach Dawn Huebner, author of “What to Do When You Worry Too Much,” says to be simple and straightforward while also using the proper words to describe our organs. “I’m an advocate of correct terminology,” she told Today’s Parent, “so I’d say something like, ‘Mommies have a special part in their body called a uterus. That’s where babies grow.’”

Robin Elise Weiss, Ph.D., adds that if a child asks the question and you’re unprepared, it’s OK to think on it for a few minutes before returning with a response. She says that’s also acceptable to explain biology in an age-appropriate way. “You can explain that a baby grows from sperm and an egg in the way fruit grows from a seed,” she told Verywell Family.

All in all, Smith did a great job thinking on her feet and showed just how challenging parenting can be. The most important thing is that she listened, rolled with it and gave it her best shot. That’s what being great mom is all about.