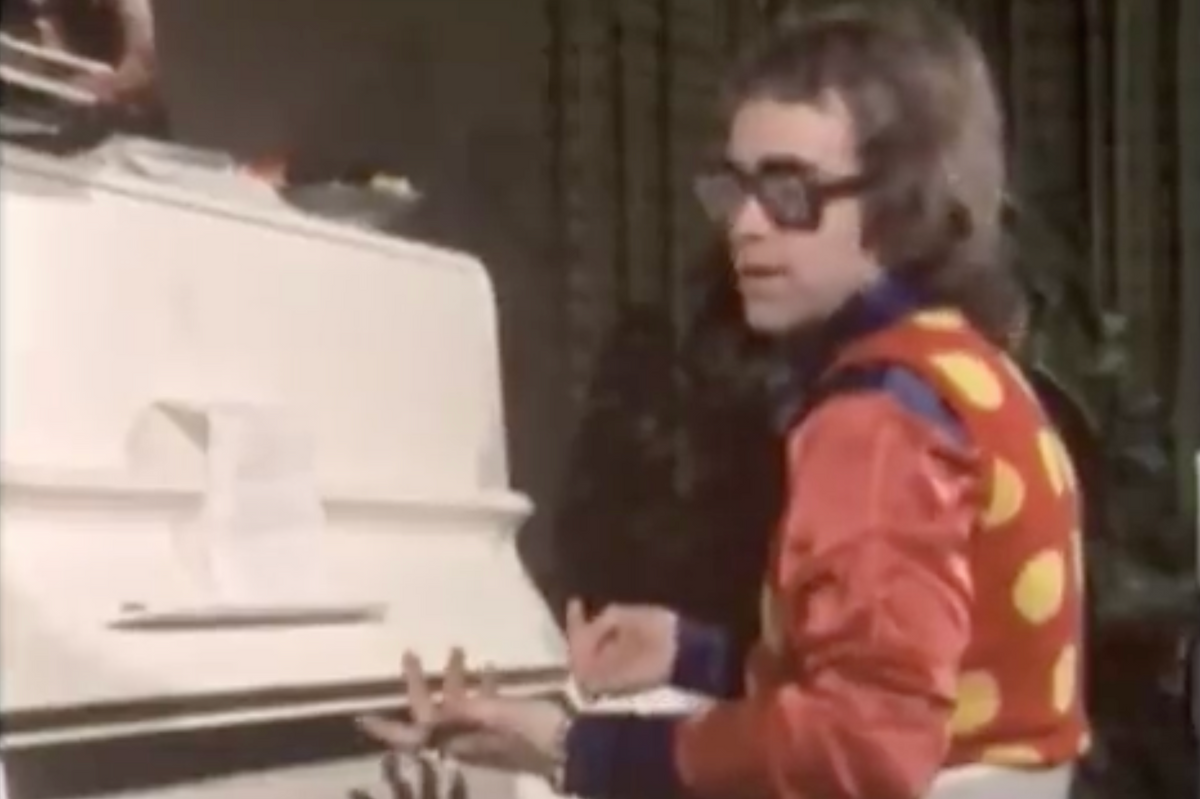 Even in the modern age of constant social media posting, we rarely get to witness the making of great art before it becomes famous. So when there’s any sort of behind-the-scenes glimpse showing how an iconic cultural staple was created, particularly one from a bygone era, it just feels like magic.

In a now-viral clip posted to Twitter by author and screenwriter James Leighton (@JamesL1927), we get just that, as a young Elton John plays a ditty that would later become one of his greatest hits.

A ’70s-era Elton is seen at the piano, sifting through a short stack of papers with lyrics on them written by his longtime creative partner Bernie Taupin. Elton lands on a page he had worked on putting music to a few days prior, which he “fancied writing” because it was about Bernie’s girlfriend, and he figured he’d probably appreciate it.

He called it “Tiny Dancer.”

The camera cuts to a young Bernie, head full of hair, making the comment that, “Reg [Elton] has to write very fast because he hasn’t got the patience to sort of spend hours or days on something.”

Not objecting to the comment, Elton then talks through his process, explaining how the music should have an upbeat tempo until the word “ballerina,” which “you know it’s not gonna be fast, it’s gonna be gentle.” It’s pretty wild seeing musical genius caught on tape.

He then puts the words to music, and history is made.

Just days after writing it, Elton pulls out a crumpled piece of paper, and plays his new song for the very first time. pic.twitter.com/H8zP3BzG2I

As Elton plays, we also get to see Maxine Feibelman, Bernie’s then girlfriend and THE Tiny Dancer herself, hear the song for the first time, clearly digging the tribute.

It’s kind of hard to imagine that “Tiny Dancer” wouldn’t find instant popularity. According to American Songwriter, a lot of the song’s signature layers were edited out to make it shorter, and therefore playable on the radio, which didn’t help it top the charts. Luckily the song would eventually be heard in its full glory and quickly became a classic rock staple.

Elton and Bernie would, of course, go on to write together for decades, producing all-time hits “Bennie and the Jets,” “Goodbye Yellow Brick Road” and “I’m Still Standing.”

The ability to let people experience ultra-rare, pivotal moments in culture is undoubtedly one of the greatest things the internet has to offer.