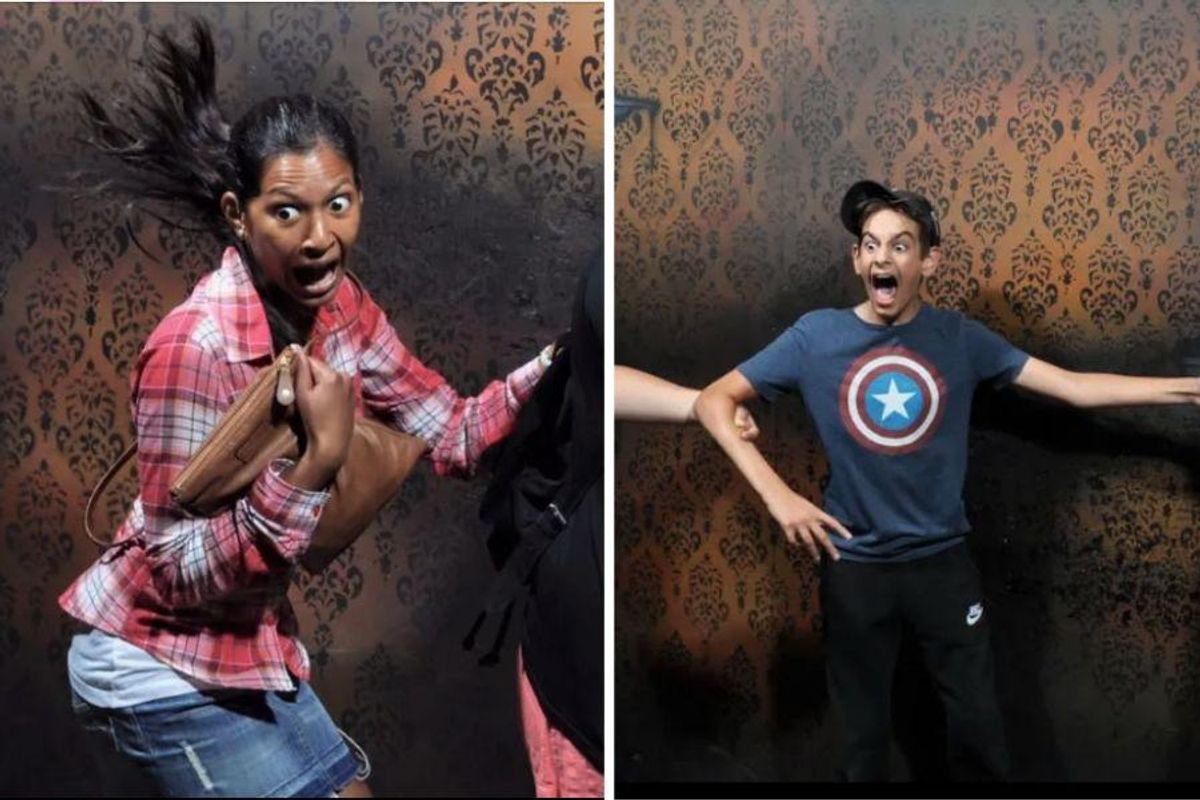 Some people love being scared and some people hate it, but no matter where we fall, none of us are immune to fear. If we are taken by surprise, our bodies startle whether we want them to or not. And when we add a spooky or creepy factor in, a simple jump can turn into a full-body terror reaction.

People who enjoy evoking that reaction in themselves are the folks who love horror movies and haunted houses. I’m not one of those people. Every few years, some persuasive friend will convince me to go to a haunted house around Halloween, and I always spend the whole time clinging to their clothing, burying my face in their back and screaming.

I am a fan of seeing pictures of other people reacting to haunted houses, though.

Thanks to a hidden camera at Nightmares Fear Factory in Niagara Falls, we get to see people’s faces right as they’re spooked. A flash goes off right when the scare happens, so people get captured in the exact moment they lose their cool. It is utterly fabulous. 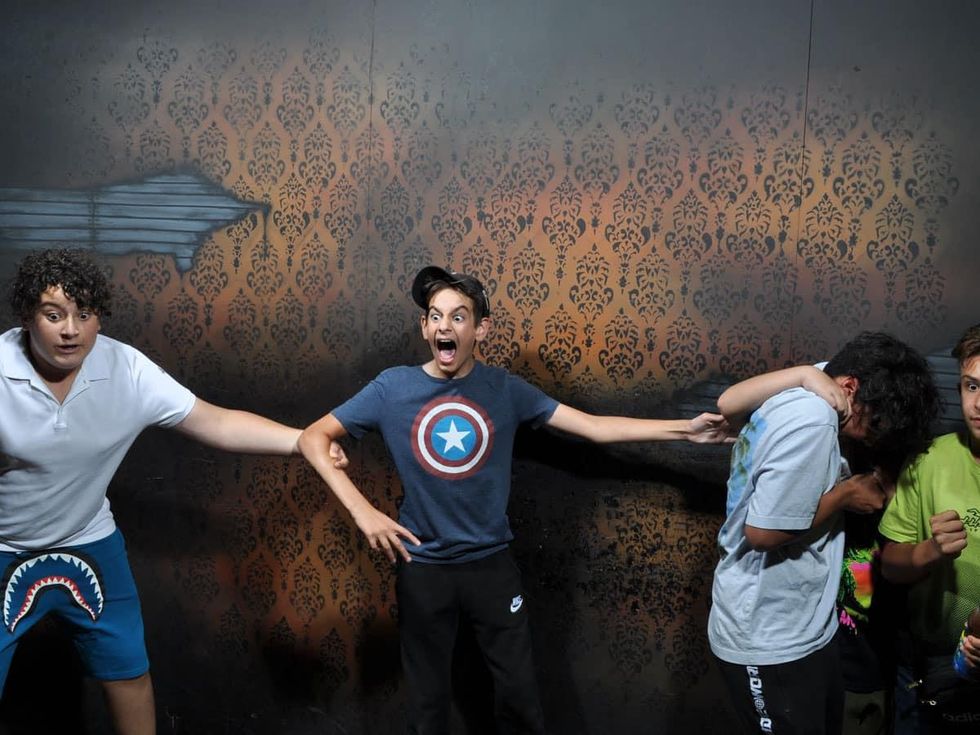 For being Captain America, that guy doesn’t appear to be much of a superhero in this moment. Good thing he’s got Shark Boy there to hold his elbow. 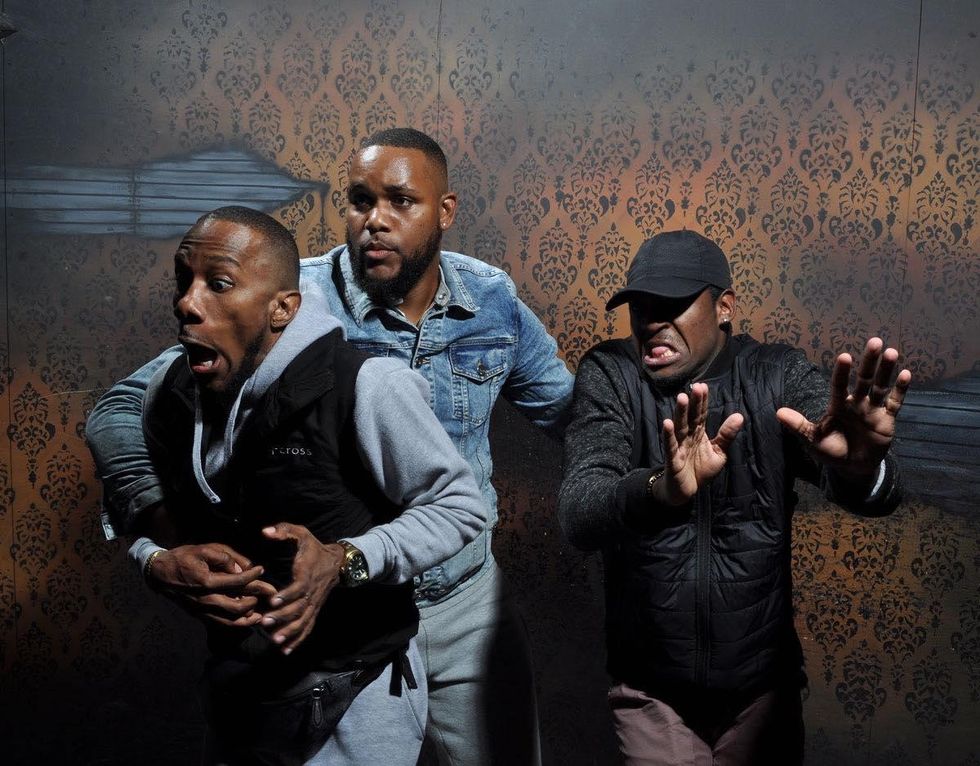 These three cover the whole spectrum. Super scared guy up front, badass “I got you, man” guy behind him and then the “Yeeww, nuh-uh” guy all grossed out. Perfection. 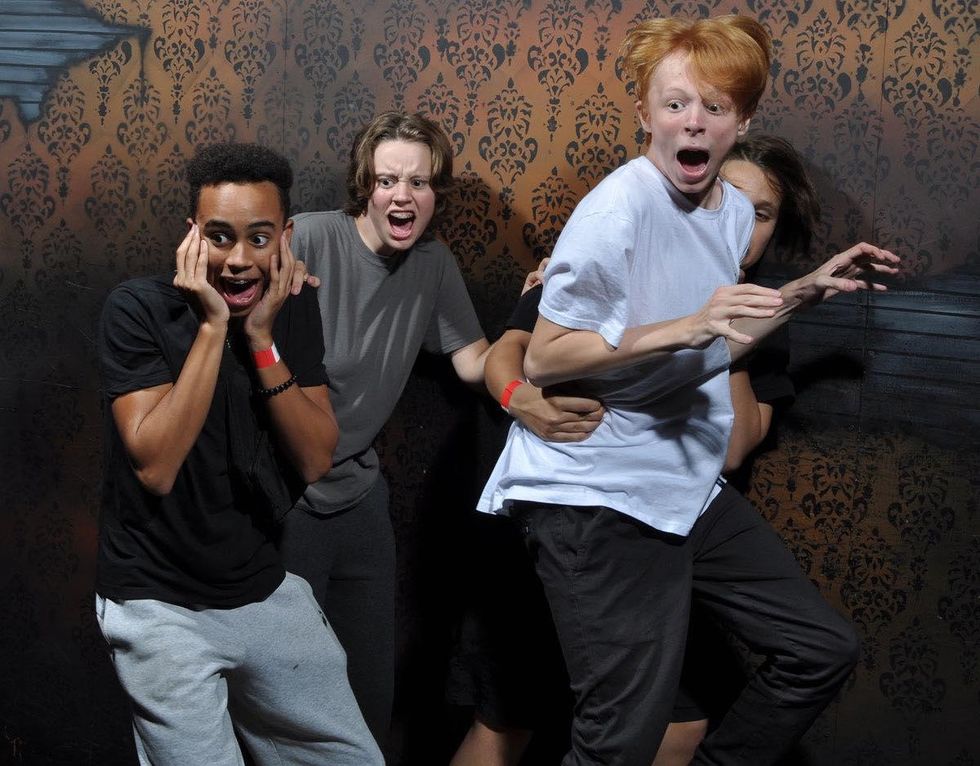 Love it when you can tell someone is literally jumping out of their skin. That poof of red hair says it all. And the guy on the left with his hands on his face? Classic. 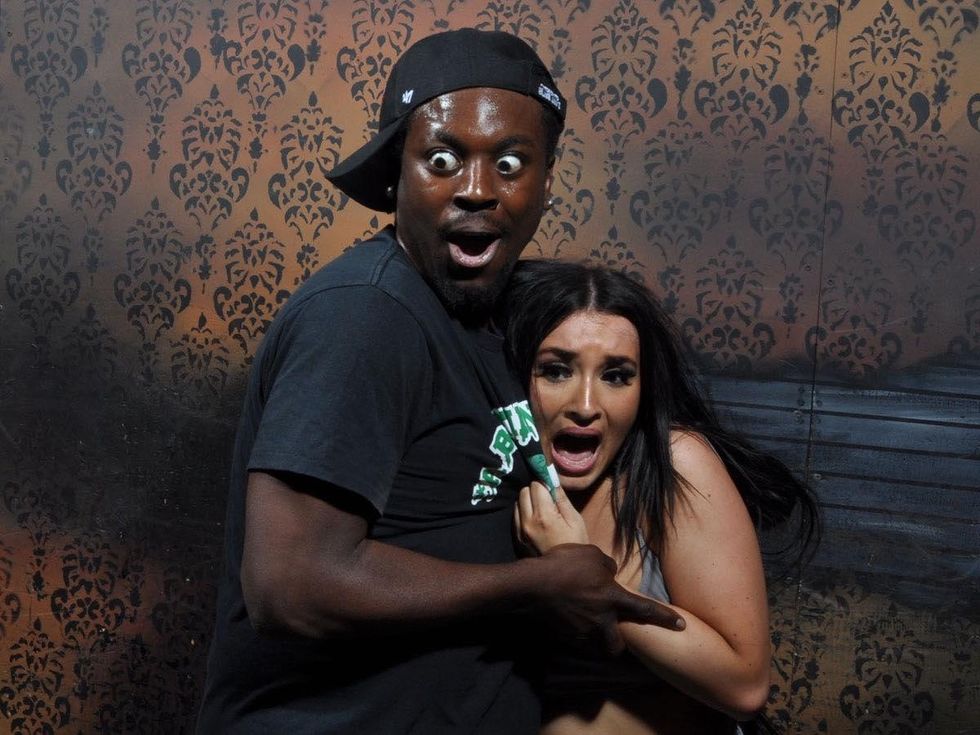 I do not think that guy’s eyes could pop out any farther. 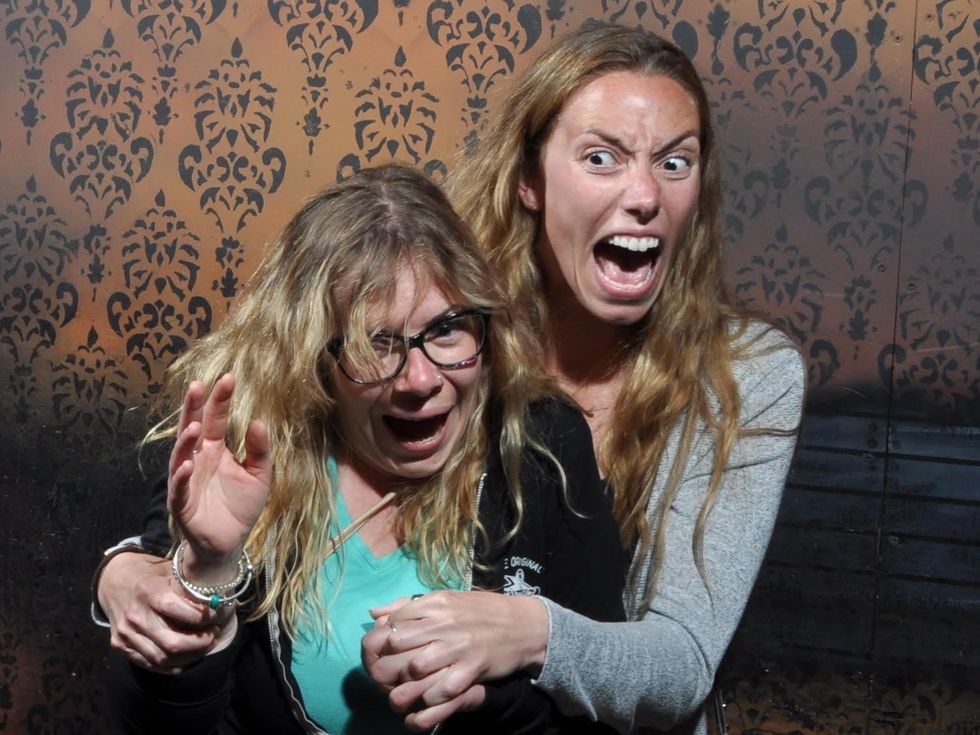 When you try to scare the scary things by being more scary yourself. Like confronting a bear. Good strategy, lady. 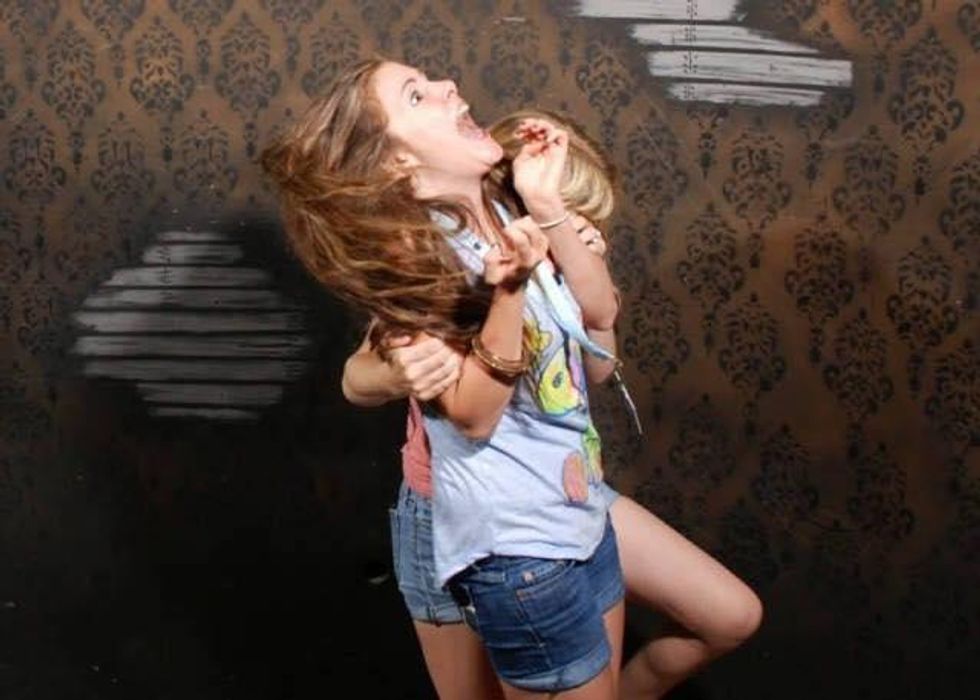 That moment when your soul leaves your body for a sec. 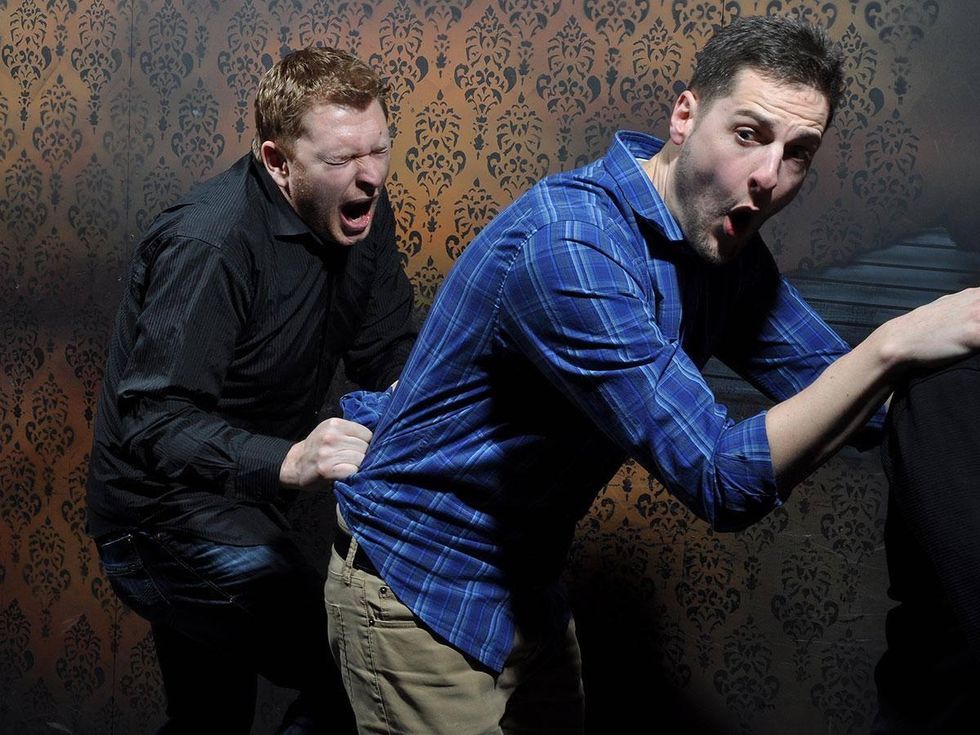 Ha ha ha ha. That guy in the back is totally me. Still scared even with my eyes closed. 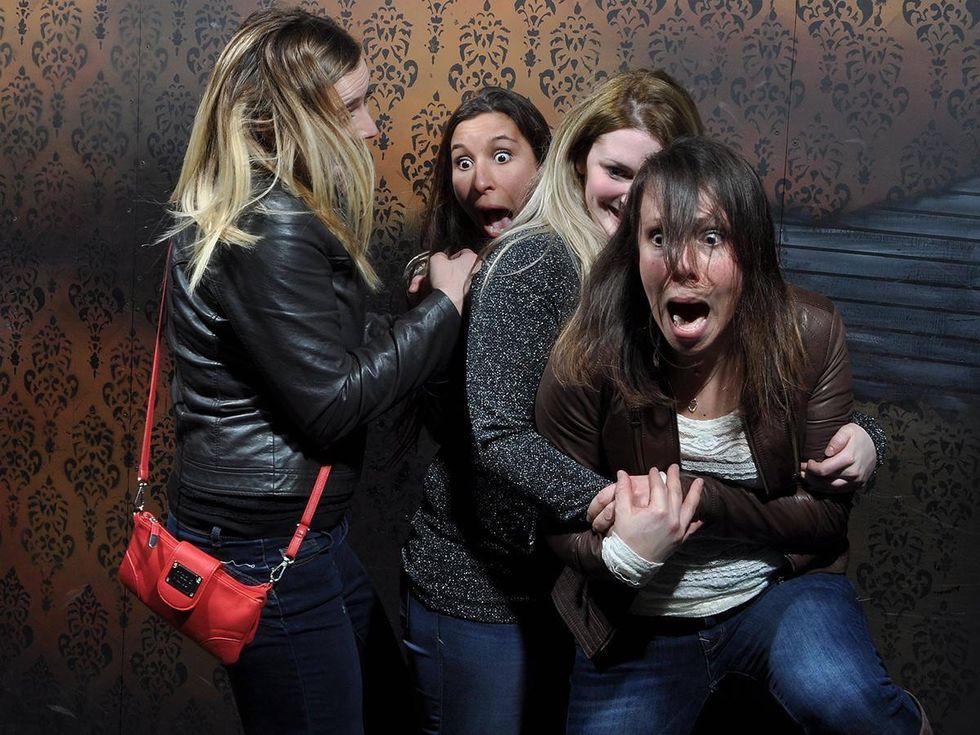 OK, but why does the blonde lady between the two terrified brunettes look like she’s just out for a nice Sunday brunch? Some people are just miraculously unflappable. 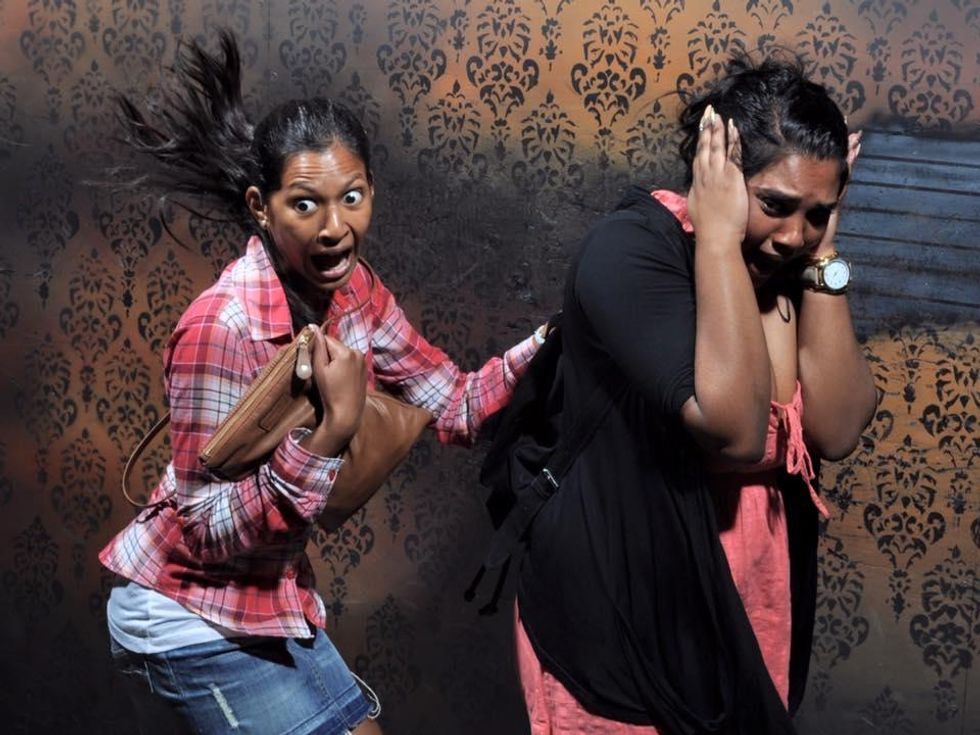 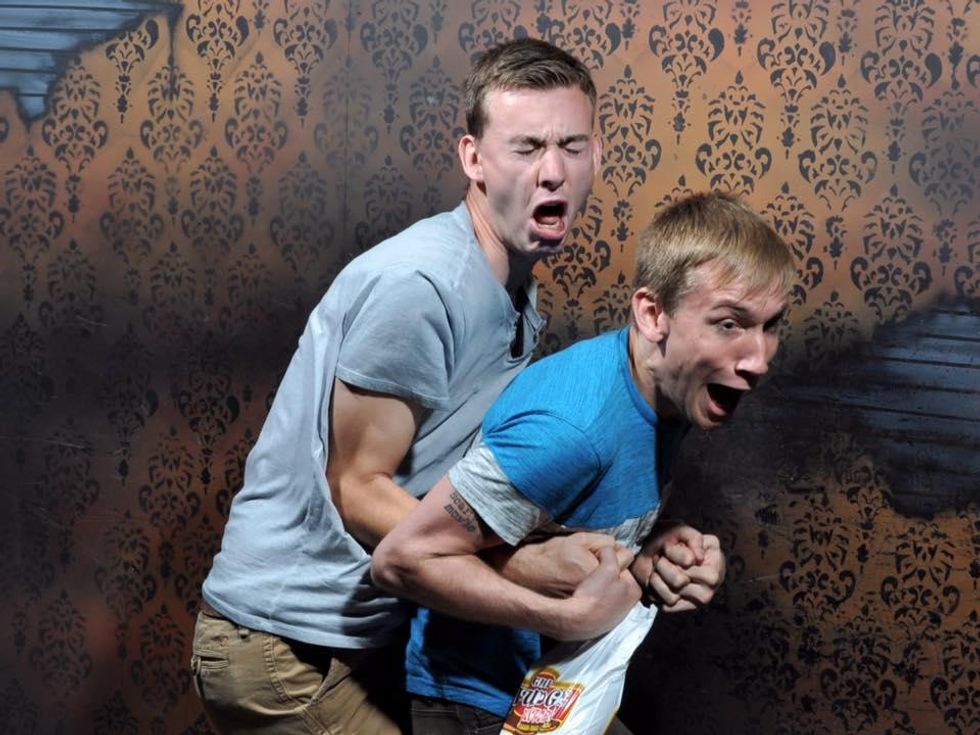 Or maybe this is the best action shot. 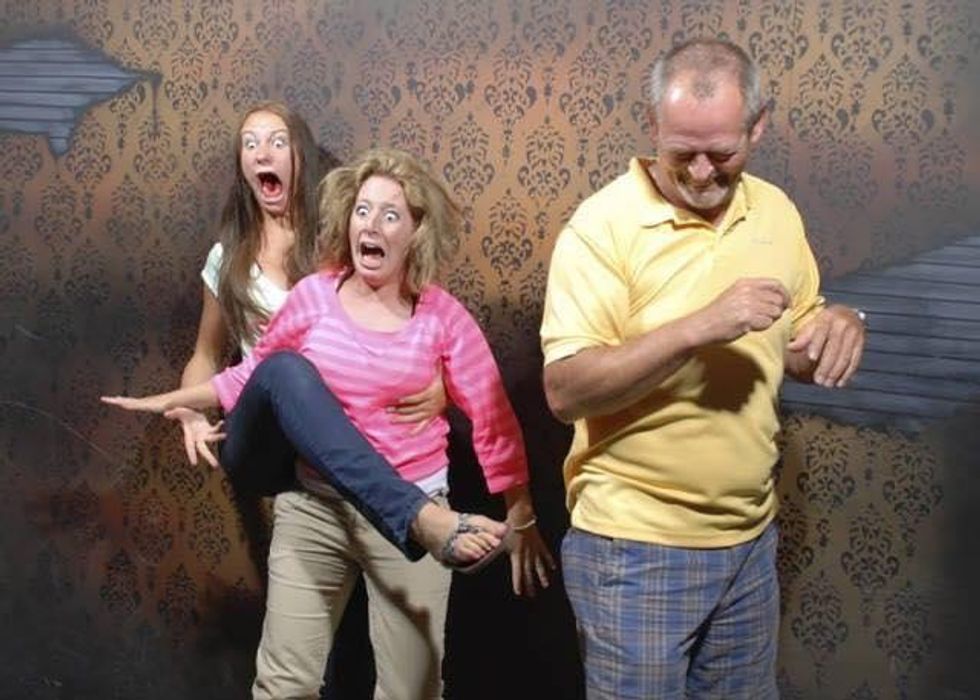 Nope, this is it. The best haunted house reaction photo ever. It doesn’t get better than this, from the leg to the identical scared faces to the dad giggling while his (presumably) wife and daughter freak out.

Absolutely fantastic entertainment. Nightmares Fear Factory is open year-round, and its website boasts that more than 170,000 people have “chickened out” going through the attraction. (If a person gets too scared while going through the fear factory and wants to bail, they can scream “NIGHTMARES!” and someone will immediately escort them out.)

Who knew fear could be so funny?