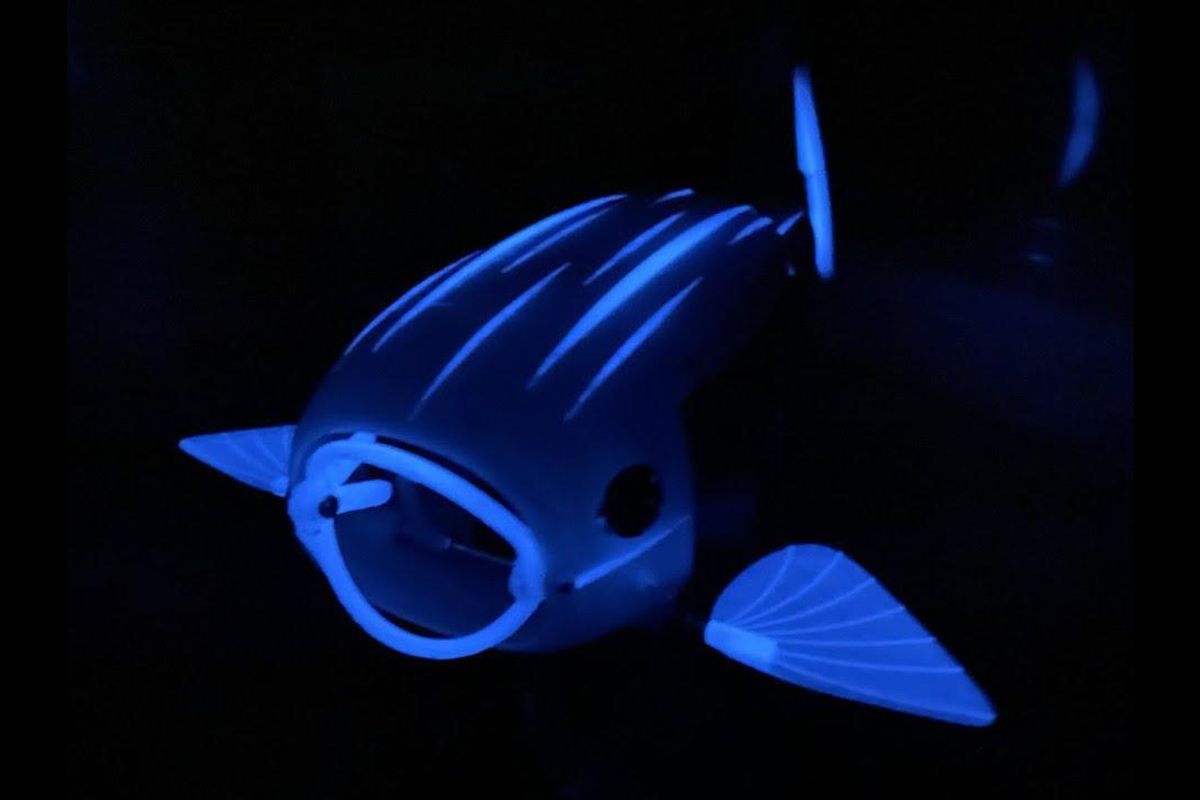 Robots might have a place in the natural world after all, especially when they can help save it.

Participants of this year’s Natural Robotics Contest were asked to design a robot that was inspired by an animal and could help the world. The winner would have their idea brought to life by a group of senior engineers and scientists.

While entries included mosquitos, eagles and bears (oh my), the grand prize title was claimed by student Eleanor Mackintosh for her microplastic-eating fish, affectionately and fittingly named Gillbert.

Gillbert’s design includes layers of mesh attached to his gills, which make up most of his flooded head unit and sieve out tiny particles. He also comes with a fully functioning fishy tail.Once he’s 3D printed, he becomes just about the cutest looking robo-carp ever. I almost expect him to start singing “Don’t Worry Be Happy.” Maybe that’ll be a Gillbert 2.0 feature

Much like a real fish, Gillbert swims with his mouth agape. Once he’s full of water, his mouth closes and water is pushed through his gills while his body retains any remaining microplastics, thus leaving local lakes cleaner than before he came swimming along.

Microplastics pose a huge threat to the ecosystems of bodies of water. In addition to a commitment to less pollution, we have to find ways to eliminate what remains. So far, people have come up with several ingenious solutions, such as giant trash-collecting fences that work as a dam, as well as other plastic-eating robots similar to Gillbert.

Humans can do a lot of collective damage, but our creativity can do so much more collective good.