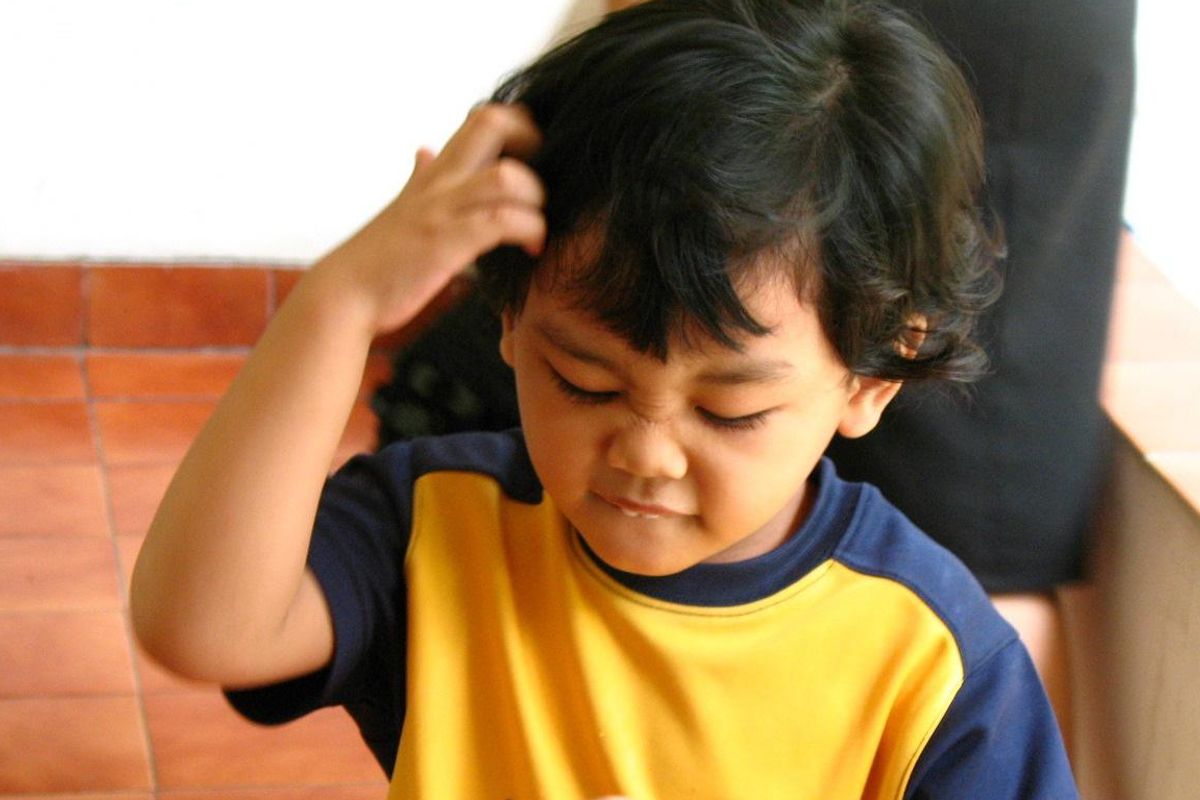 This article originally appeared on 01.12.18

On the whiteboard in the front of the class, he scrawled it out in black marker:

One student raised their hand, the first to venture a guess.

Now, the answer, of course, is the letter “E.” (Get it!?) But the student had a different idea.

Turner later described the incident on Twitter in a post that’s now gone massively viral. “Such an awed, somber, reflective hush fell over the class that I didn’t want to tell them that actually the answer is the letter ‘E’, which just seemed so banal in the moment,” he wrote.

u201cThe first guess from one of my 1st graders was u201cdeathu201d and such an awed, somber, reflective hush fell over the class that I didnu2019t want to tell them that actually the answer is the letter e, which just seemed so banal in the momentu201d

People on Twitter got a huge kick out of the somewhat dark, existential moment. But there might just be an important lesson buried in this story somewhere about how to process “the end.”

Many users who replied to the Tweet were impressed by the unnamed kid’s thoughtfulness and ability to understand the concept of death at such a young age. (How many first graders would peg death as “the beginning of eternity?”)

But it turns out that kids are much more perceptive than we give them credit for.

An article in National Geographic breaks down the three key truths that children must eventually learn about death. First, that it’s irreversible (people who die aren’t just on vacation). Second, it makes your body non-functional (people who are dead aren’t just asleep). And third, it’s universal (everything and everybody dies eventually).

Some studies have shown that kids start to understand the concept as young as 3 years old and gradually learn to accept the many layers of it in the years that follow.

It takes time for anyone to fully grasp the gravity and foreverness of death. But we ought to learn to appreciate the whimsical, partial understanding that young children have.

Some Twitter users who read Turner’s account of the riddle accused the student in question of having a morbid personality or an unusual fascination with the macabre. After all, few adults would be brave enough to blurt out something so dark.

It’s a lot more likely the kid just hasn’t been conditioned to fear death yet, to speak about it in hushed tones — if at all. This might be the same kind of kid who finds out his grandma has died and says, casually, “Oh, OK. Bye, grandma! See you soon!”

When you think about it, that’s actually a pretty sweet and remarkably peaceful way of thinking about death. So let’s stop rushing kids into having adult-sized worries about the world and let them discover it at their own pace.

As long as it gives us funny moments like this one, anyway.