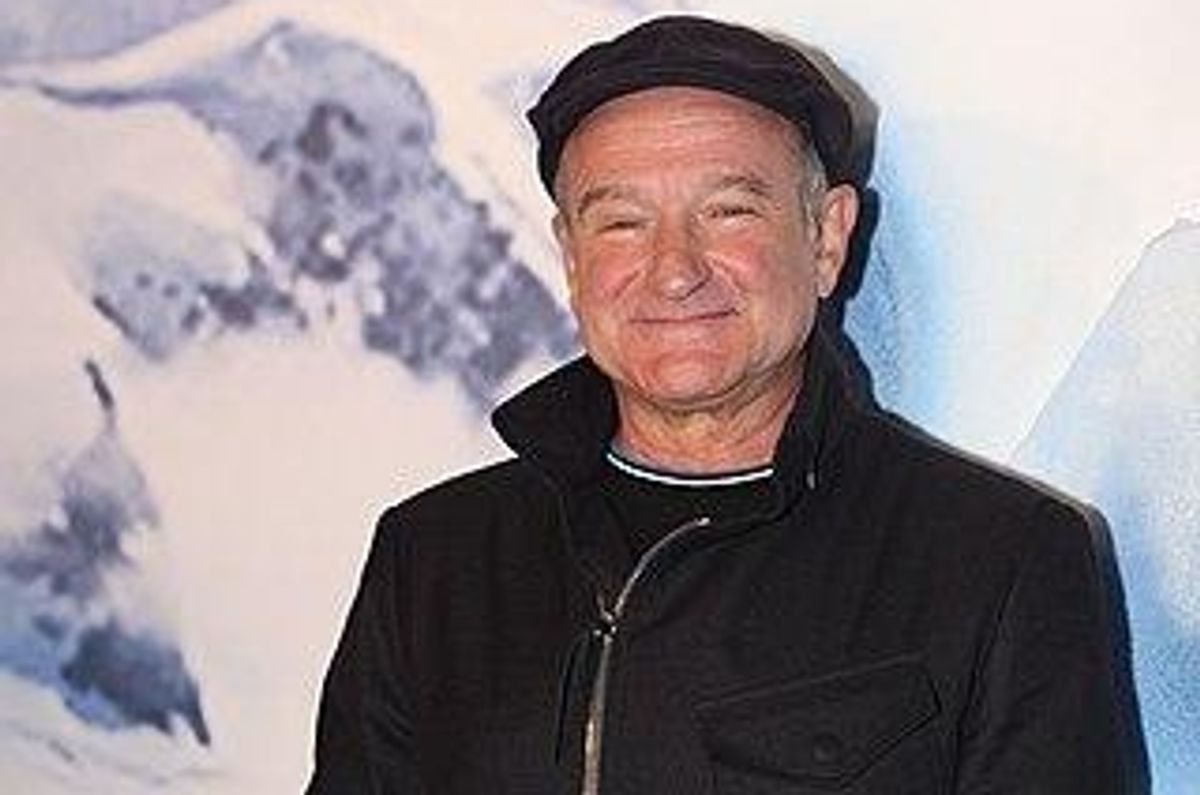 The comedic genius that was Robin Williams still never ceases to draw a hearty chuckle even years after his death. Someone is always digging up an old video of him doing what he did best, making people laugh. In a rediscovered video, someone put together an epic compilation of Williams essentially taking over interviews with his antics.

In the 10-minute video, he goes from talk show to talk show where he upstages the comedian charged with hosting the show. His hilarious full-body comedy tickles the crowd into a roaring thunder of laughter. In one of the clips he’s talking about how easy it used to be to fly on an airplane compared to post 9/11. He jumps into different accents with ease as he jokes about not being able to have a fingernail clipper on a flight because someone might threaten to clip someone’s hangnail.

In the clip with Jay Leno, Williams begins to explain why he wore tape over his mouth at an event, but instead of telling the story like a normal person, he starts speaking strangely and says he had to go into a witness protection program. The audience cannot get enough of his hilarious shenanigans while he talks to Leno. One thing about Williams’ style of comedy is that it seemed to cross all social barriers and still does.

In the short snippet of him on “The Tonight Show Starting Johnny Carson,” he dramatically gets up and pretends to be a drunken Shakespeare looking for an apartment, 2B … or not 2B. There’s no way that the written word could do his comedic performance justice. Don’t believe me, check it out for yourself in the video below.