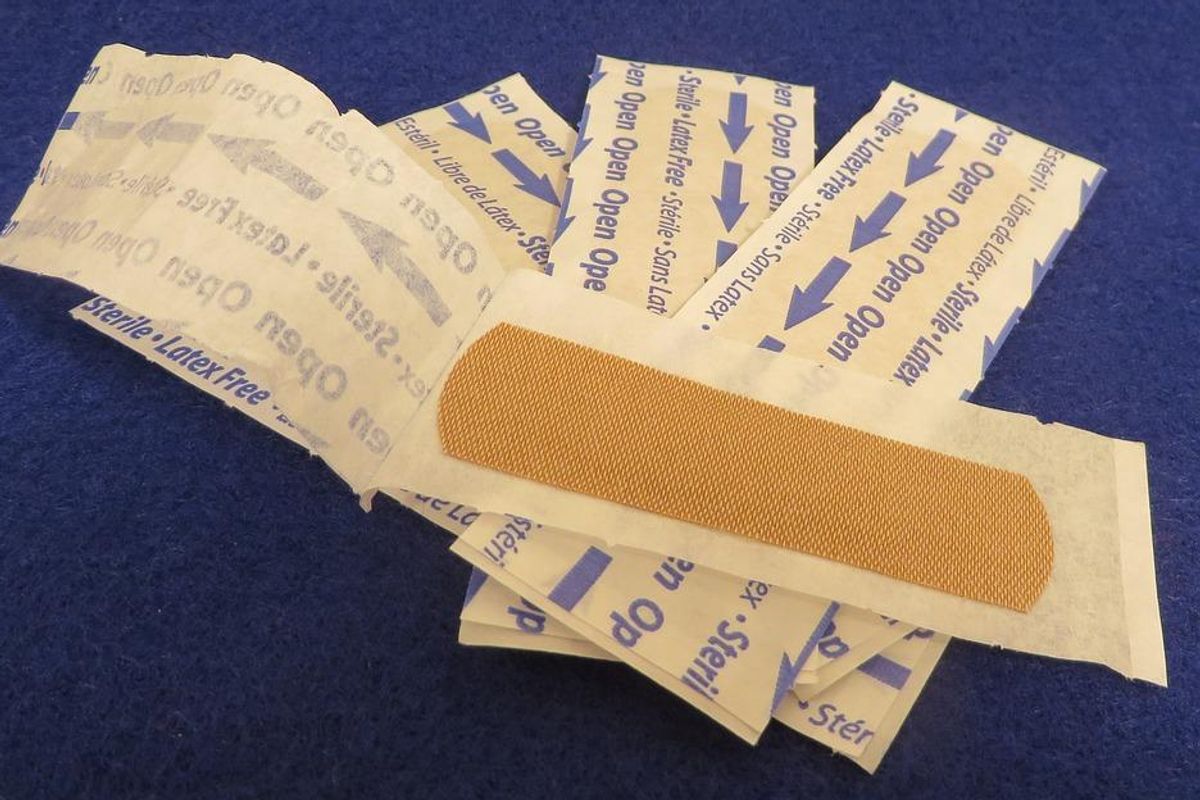 It’s annoying to get a cut on your knuckles, because they’re a hard place to put a Band-Aid. If you put it on too tight, you can’t move your finger and if you put it on too loose, it easily slips off. Of course, you can buy Band-Aids made to go over knuckles, but unless you have a MacGyver-level first-aid kit, you probably only have basic strips.

A new video shared by everyone’s “mom hack bestie” Autumn Grace, aka HonestlyAutumnb, on Instagram shows an easy way to transform a run-of-the-mill strip Band-Aid into a fully-functional knuckle bandage. “This is one of the best band aid life hacks!” she captioned the video.

To transform a strip bandage into a knuckle Band-Aid, you must make two cuts with scissors, and voila! “The hack I never thought I needed to know until today!” VermillionChicago commented on the post.

Some people left the obvious comment that “you can just buy butterfly bandages,” but the point of the hack is to make do with what you have so you don’t have to run to the store while you’re bleeding. This is one of those hacks that seems obvious, but in five decades on this planet, it never occurred to me to cut the bandage. That’s probably why HonestlyAutumnb has more than 440,000 subscribers on Instagram.

Next time you cut yourself cooking and don’t want to wear a cumbersome strip bandage on your knuckle, now you know how to modify one so you can cook without bleeding on the brisket.