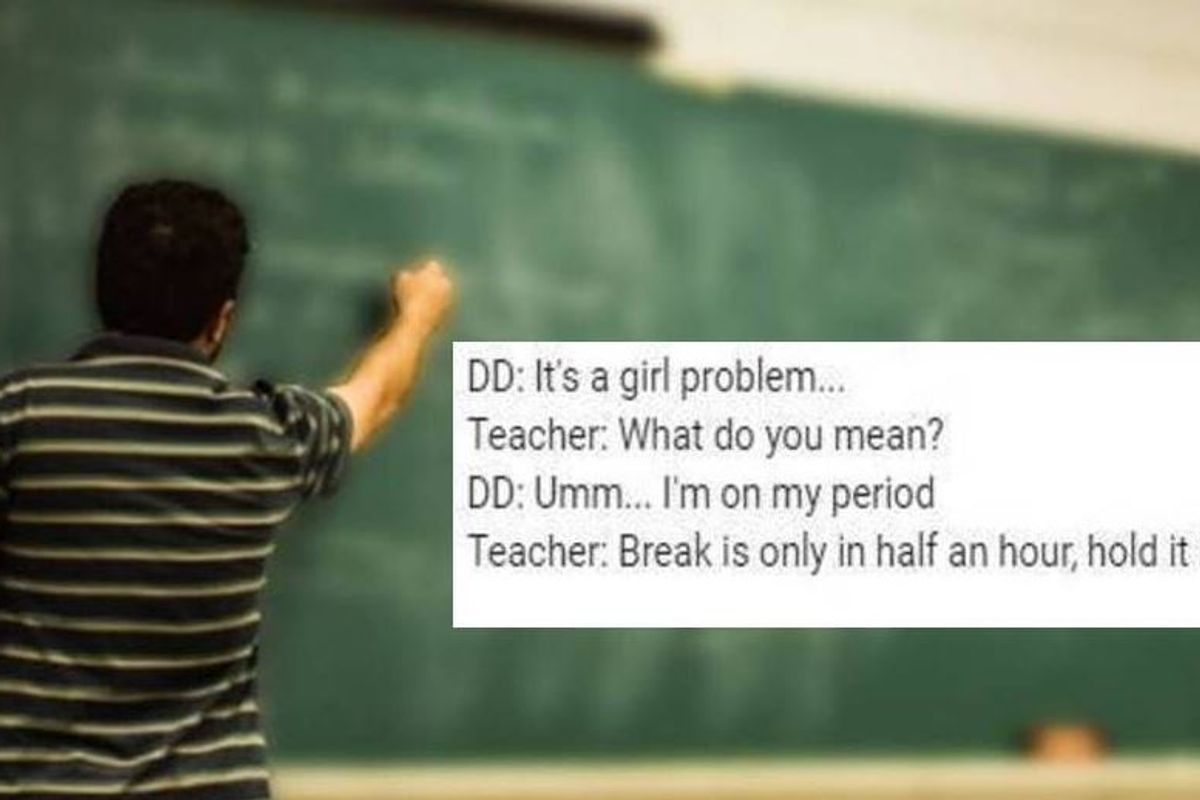 There’s a lot of men out there that shy away from discussing menstruation with women. But any man who’s ever taken a class in basic human biology or had a mother, sister, wife, girlfriend or any other woman in their life should know the basics of how it works.

That’s why a mother on the Mumsnet message board was completely “shocked” that her daughter’s teacher told her to “hold in” her period.

Does he think a woman can hold in her period like it’s pee?

Mumsnet is a UK website where parents come together to discuss anything from adoption to women’s rights. This post appeared under the “Am I Being Unreasonable” thread. 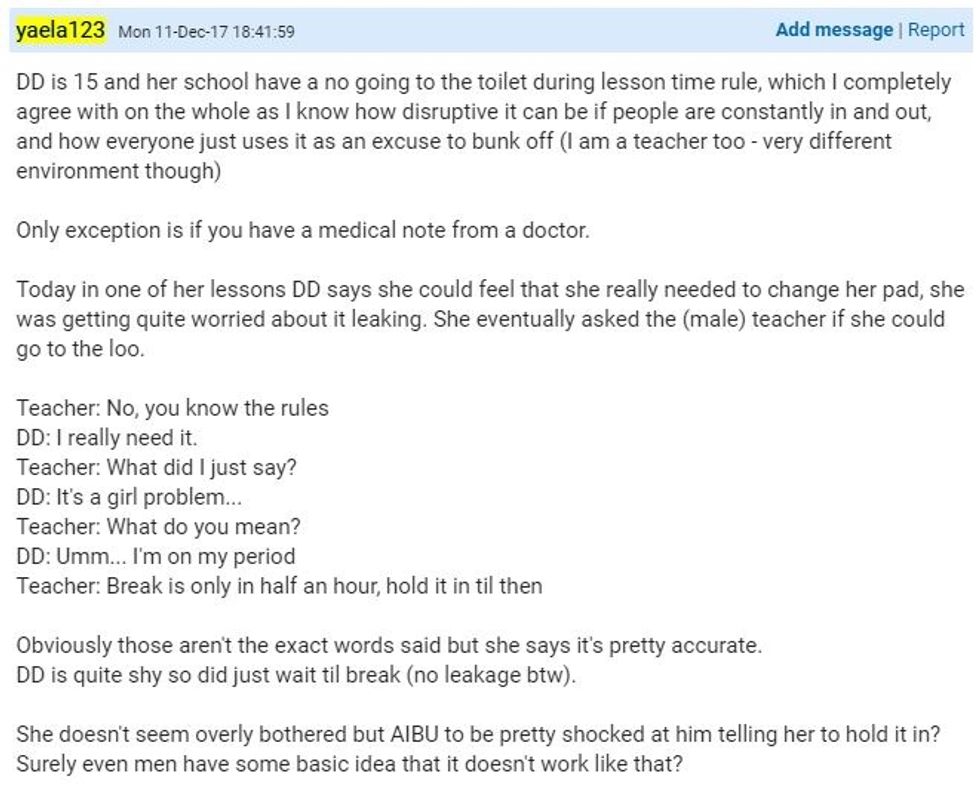 According to the post, the 15-year-old’s teacher prevented her from using the bathroom because he legitimately thinks women can hold back period blood. Or he knows a bit about biology but still decided to put her in the position to be mortally embarrassed.

The mother later said that the lessons last two hours so the girl had a long time to wait before being able to change her pad.

A few parents said that the teacher was correct to say no because students often lie about their periods to get out of class.

But most parents thought the teacher did the wrong thing and needs a lesson in basic biology.

One poster was irate but completely right about the issue.

Another believes the daughter should have disobeyed the teacher and gone to the bathroom.

This poster did a great job at re-framing the situation so that the teacher’s actions seem even more ridiculous.

Why should the mother even have to justify herself?

The $50,000 question: What subject does the instructor teach?