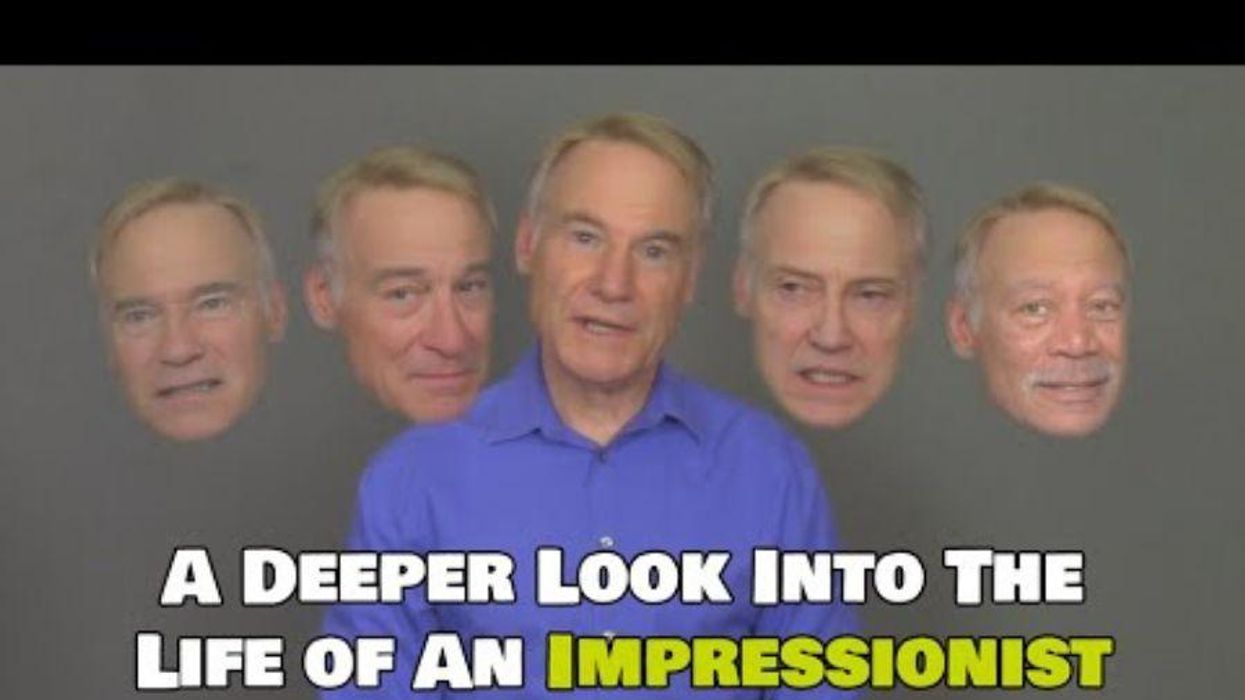 Actor and comedian Jim Meskimen is one of those actors who may look familiar to many but could probably only be named by a few. He has acted in movies such as “Apollo 13” and “There Will Be Blood” and TV shows such as “Friends” and “Castle,” and has also done a wide range of voiceover work.

Meskimen’s voice is one of his most honed tools. A master impressionist, he can imitate dozens of famous actors, from George Clooney to Jack Nicholson to Morgan Freeman. In fact, he’s created a series of impressionist tutorials on YouTube to help others figure out how to do their own impressions of famous people.

But one video of Meskimen’s that has gotten viral attention goes beyond just voice impressions. Using deep fake video technology (courtesy of video effects editor Shamook), Meskimen transforms not just his voice and mannerisms, but his actual face, to impersonate celebrities.

As he recites a poem he wrote about doing impressions, Meskimen slips seamlessly from one famous voice to another—and as he does so, his face also morphs into whichever celebrity he’s doing, almost like magic.

It’s super trippy, really cool and slightly terrifying to watch. Check out Meskimen’s “A Deeper Look Into the Life of an Impressionist”:

Aside from showcasing Meskimen’s enviable abilities, the video highlights how easy it can be to dupe people with modern technology. Confusion over what’s real and true is a pervasive problem as it is, but the ability to create video that makes it look like a real person is really saying something they never said adds a whole new layer to people’s levels of distrust of all media.

In fact, MIT reported in 2019 that the problem with deep fake videos isn’t merely the impact that the creation of convincing video dupes might have. Just the mere possibility that a video could be faked causes people to question whether any video they see is real, and that kind of generalized confusion is exactly what disinformation pushers want.

Meskimen’s video, of course, isn’t meant to be a statement or warning on deep fake tech, but rather a showcase of what can be done with it. VFX creator Shamook shared a split-screen video showing how he used the celebrities’ faces to transform Meskimen’s face, and it’s pretty cool to see.

Absolutely amazing what humans have figured out how to do, isn’t it? Here’s hoping that this kind of deep fake technology stays in the realm of entertainment where it belongs.