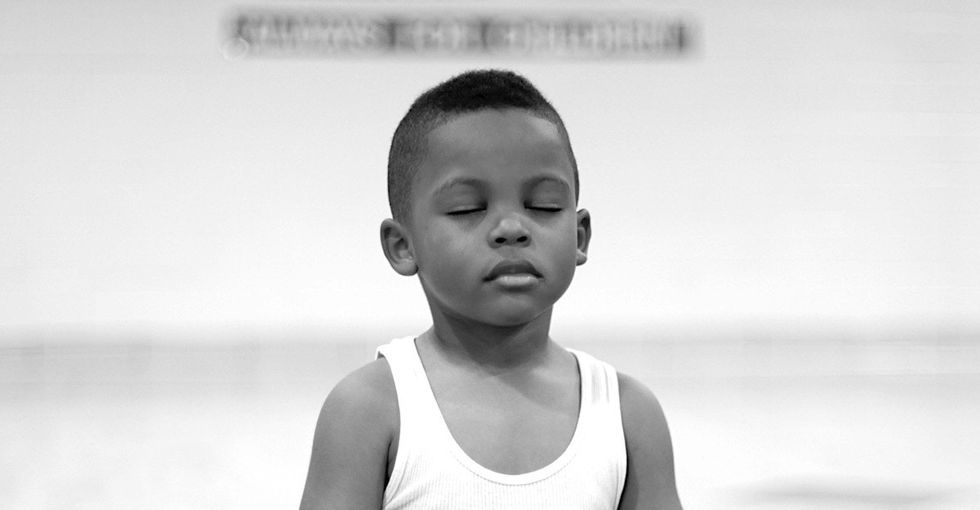 This article originally appeared on 09.22.16

Imagine you’re working at a school and one of the kids is starting to act up. What do you do?

Traditionally, the answer would be to give the unruly kid detention or suspension.

But in my memory, detention tended to involve staring at walls, bored out of my mind, trying to either surreptitiously talk to the kids around me without getting caught or trying to read a book. If it was designed to make me think about my actions, it didn’t really work. It just made everything feel stupid and unfair.

But Robert W. Coleman Elementary School has been doing something different when students act out: offering meditation. 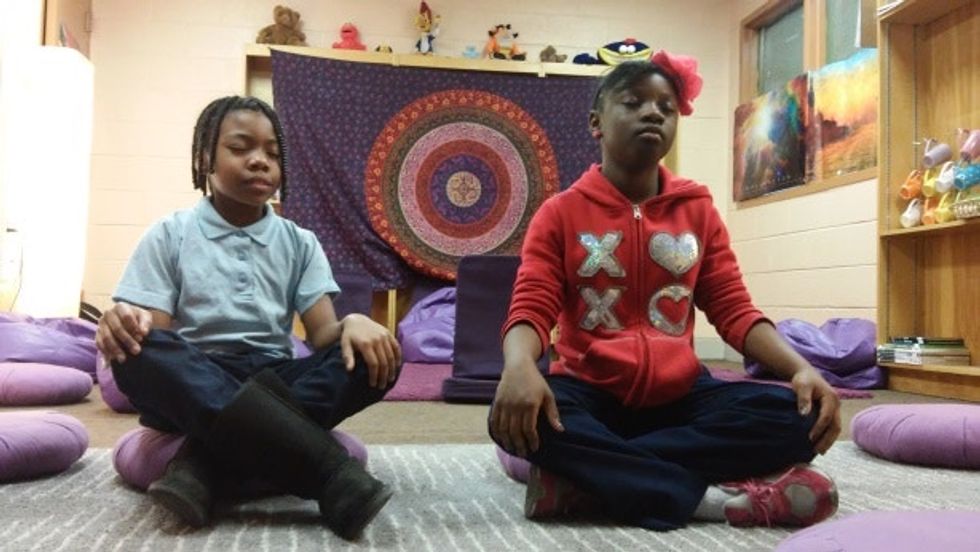 Instead of punishing disruptive kids or sending them to the principal’s office, the Baltimore school has something called the Mindful Moment Room instead.

The room looks nothing like your standard windowless detention room. Instead, it’s filled with lamps, decorations, and plush purple pillows. Misbehaving kids are encouraged to sit in the room and go through practices like breathing or meditation, helping them calm down and re-center. They are also asked to talk through what happened. 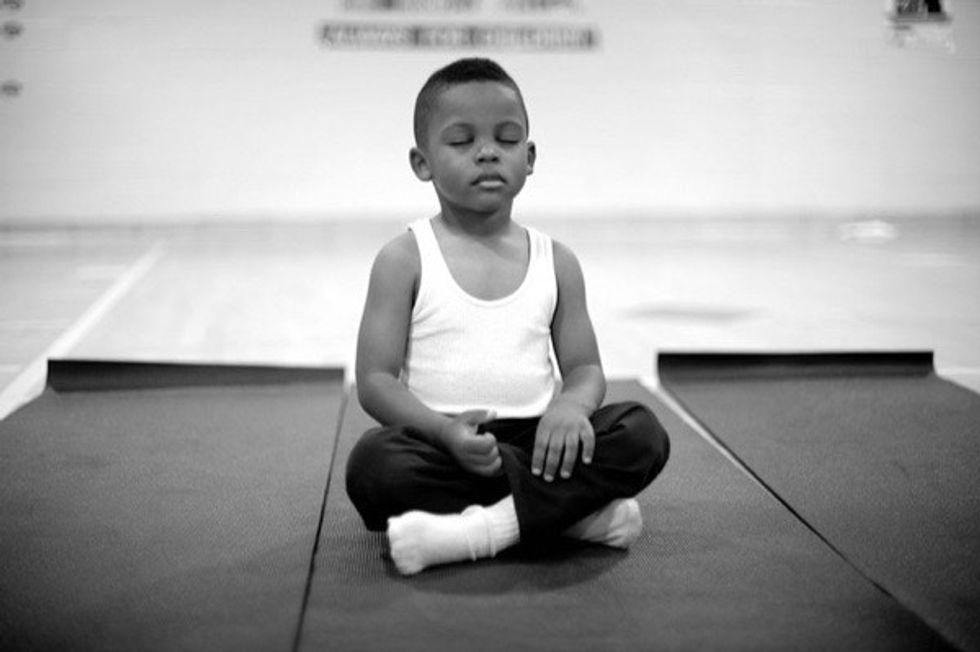 Mindful meditation has been around in some form or another for thousands of years. Recently, though, science has started looking at its effects on our minds and bodies, and it’s finding some interesting effects.

Individual studies should be taken with a grain of salt (results don’t always carry in every single situation), but overall, science is starting to build up a really interesting picture of how awesome meditation can be. Mindfulness in particular has even become part of certain fairly successful psychotherapies. 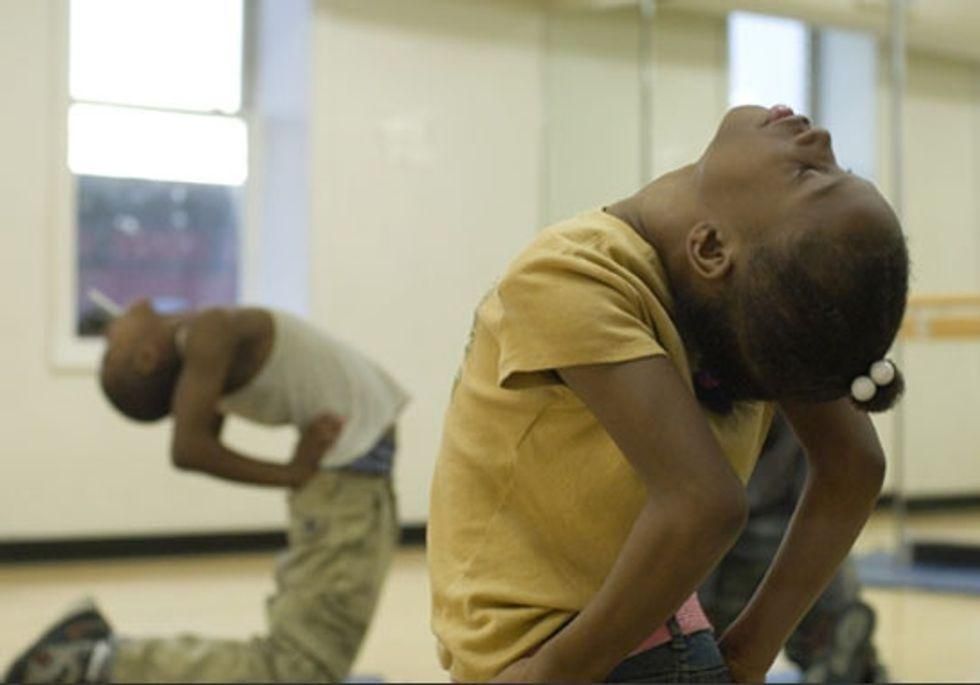 Back at the school, the Mindful Moment Room isn’t the only way Robert W. Coleman Elementary has been encouraging its kids.

The meditation room was created as a partnership with the Holistic Life Foundation, a local nonprofit that runs other programs as well. For more than 10 years the foundation has been offering the after-school program Holistic Me, where kids from pre-K through the fifth grade practice mindfulness exercises and yoga.

“It’s amazing,” said Kirk Philips, the Holistic Me coordinator at Robert W. Coleman. “You wouldn’t think that little kids would meditate in silence. And they do.” 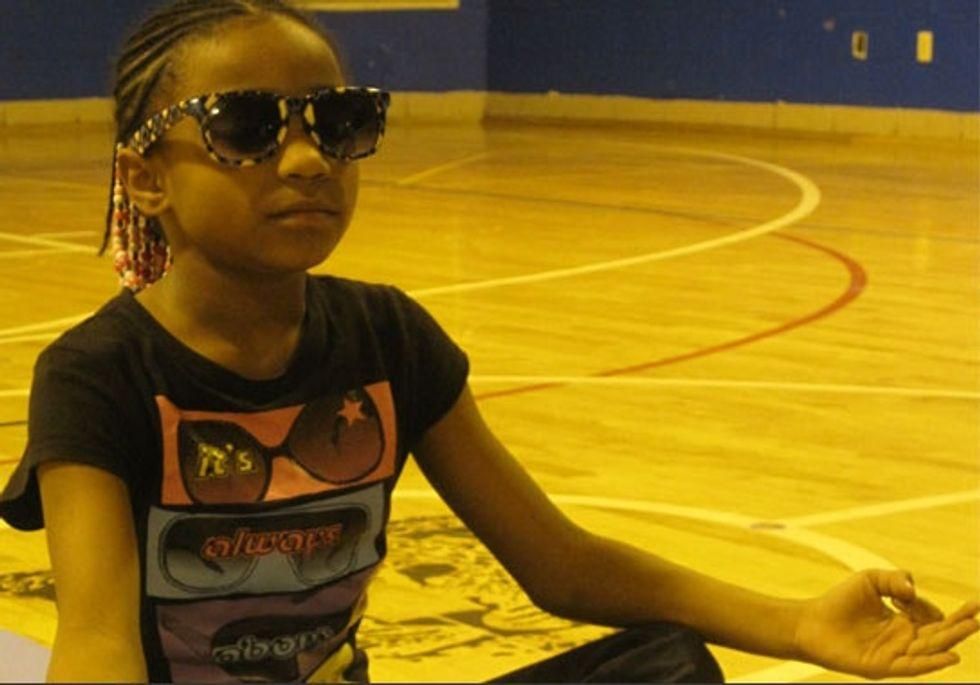 There was a Christmas party, for example, where the kids knew they were going to get presents but were still expected to do meditation first.”As a little kid, that’s got to be hard to sit down and meditate when you know you’re about to get a bag of gifts, and they did it! It was beautiful, we were all smiling at each other watching them,” said Philips.

The kids may even be bringing that mindfulness back home with them. In the August 2016 issue of Oprah Magazine, Holistic Life Foundation co-founder Andres Gonzalez said: “We’ve had parents tell us, ‘I came home the other day stressed out, and my daughter said, “Hey, Mom, you need to sit down. I need to teach you how to breathe.'”

The program also helps mentor and tutor the kids, as well as teach them about the environment. 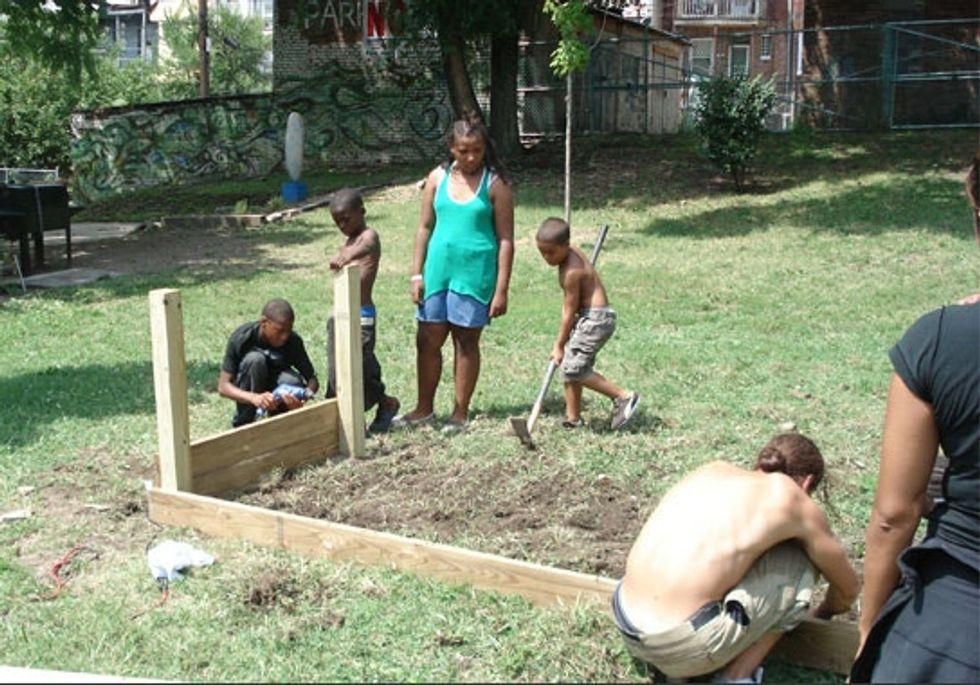 They help clean up local parks, build gardens, and visit nearby farms. Philips said they even teach kids to be co-teachers, letting them run the yoga sessions.

This isn’t just happening at one school, either. Lots of schools are trying this kind of holistic thinking, and it’s producing incredible results.

In the U.K., for example, the Mindfulness in Schools Project is teaching adults how to set up programs. Mindful Schools, another nonprofit, is helping to set up similar programs in the United States.

Oh, and by the way, the schools are seeing a tangible benefit from this program, too.

Philips said that at Robert W. Coleman Elementary, there have been exactly zero suspensions last year and so far this year. Meanwhile, nearby Patterson Park High School, which also uses the mindfulness programs, said suspension rates dropped and attendance increased as well.

Is that wholly from the mindfulness practices? It’s impossible to say, but those are pretty remarkable numbers, all the same.