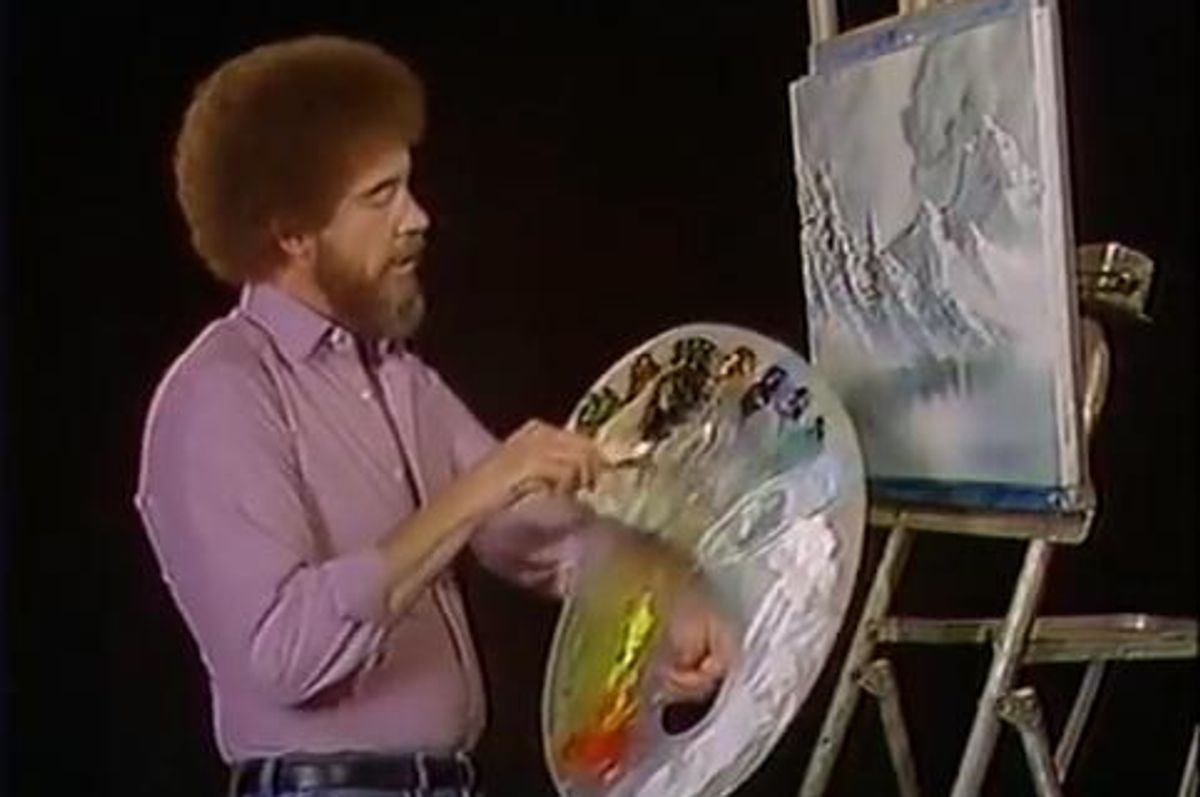 This article originally appeared on 09.01.15

The soft sound of slow-moving water down a creek. The smell of fresh coffee roasting in the morning. A thick blanket resting across your lap during the first snowfall of winter.

All GIFs via “The Joy of Painting.”

In case you’ve never experienced Ross, he’s that “soft spoken guy painting happy clouds, mountains, and trees in about 26 television minutes,” as his website explains. And if you think that sounds boring, well, you’re wrong. It’s one magical half-hour of television euphoria. End of discussion.

Ross died back in 1995 (rest in peace, Bob), but you can still catch his show, “The Joy of Painting,” on TV from time-to-time (or you can binge watch it on YouTube after a rough day at work). His website claims it’s the “most recognized, most watched TV art show in history.” And who could argue with that? No one. No one, I tell you.

Although it’s been more than two decades since Ross’ show was canceled, one episode recently resurfaced online.

An especially old one — episode four of season two — made its way onto the front page of Reddit on Sept. 1, 2015. It begins like any other: Ross smiling brightly next to a blank canvas, ready to take us on an endorphin-filled visual journey.

But then, plot twist, as Ross explains, this episode won’t be quite as colorful as the others…

“Anyone can paint.” (I wish he could give me Monday morning pep talks every week.)

In case you want to print out that quote and hang it on your wall or something (we could all use a little more Bob-spiration, after all), here it is in its entirety:

“Just recently I was doing a demonstration in a mall, and I had a man come to me and he said, ‘Bob, I could never paint because I’m colorblind. All I can see is gray tones.’ So I thought today we’d do a picture in gray just to show you that anyone can paint.” 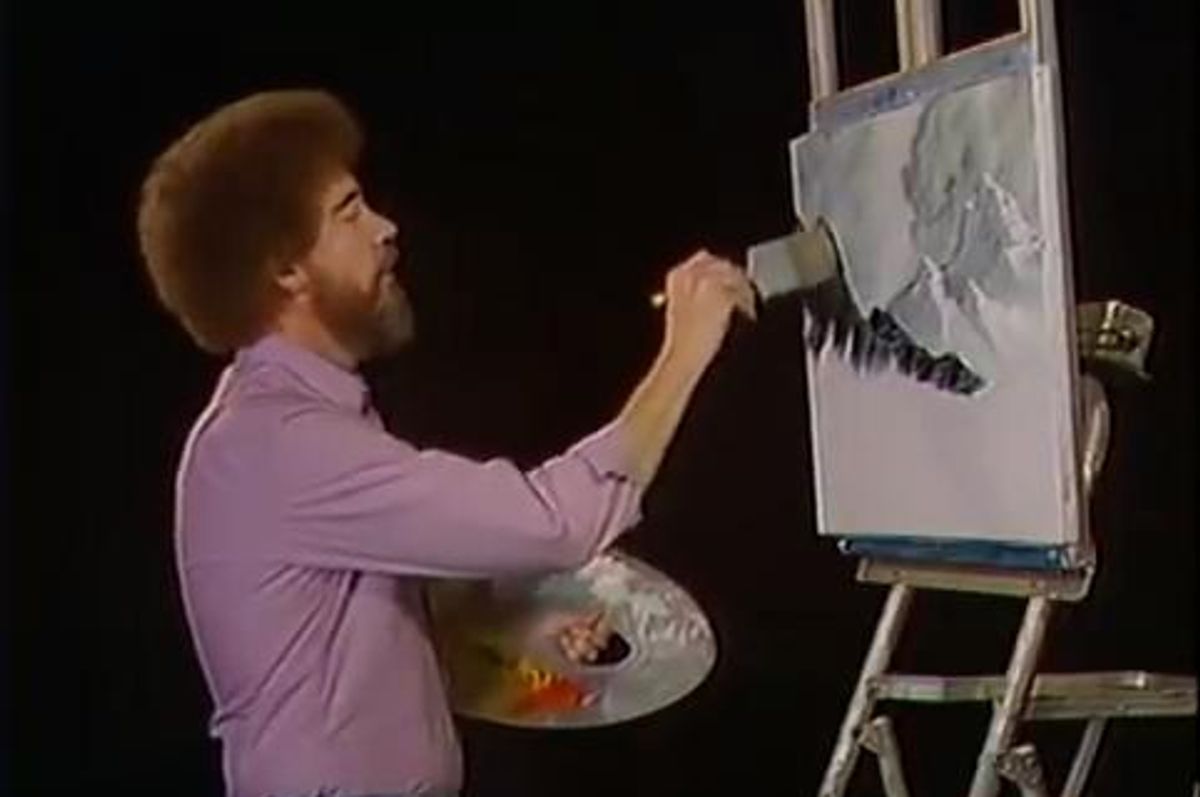 Ross had a wonderful habit of reminding viewers that art is for everyone.

While his talents were extraordinary, Ross never made viewers feel like they couldn’t create their own beautiful works of art, too.

The colorblind fan could have had achromatopsia — a condition that affects roughly 1 in every 33,000 Americans by limiting their vision to see only in grayscale. But Ross was determined to make painting — an activity seemingly dependent on color — an accessible art form for him: “Any color will work, as long as you use the basic method.”

In the episode, Ross goes on to paint his own version of 50 shades of gray, masterfully creating rocky mountains behind a wintry sky.

As Ross explains, he only used various hues of browns and blues mixed together (which end up coming through as various grays), along with white.

“Isn’t that fantastic? That you can make whole mountains in minutes? And you can do it. There’s no big secret to it. All you need is a dream in your heart.”

Not only at painting (and assuring me with that soothing voice that the world is a wonderful place), but at helping everyone feel good about themselves and their own abilities. Thank you, Bob.

Check out the whole episode below:

Bob Ross fans! It’s ‘time’ for some happy trees, and we’ve got just what you need: https://pxlfy.me/BobRossWatchMightyMojoToysBundle up and endure the cold w…