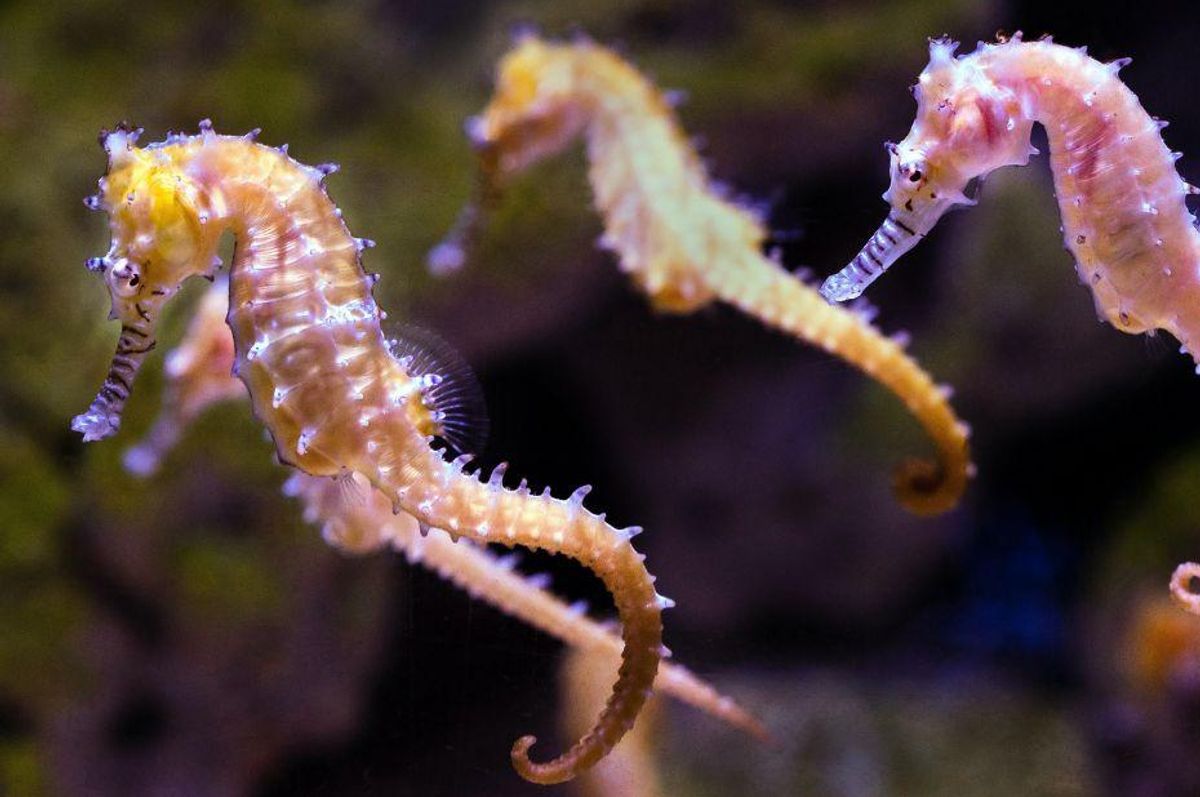 We all know that seahorses are some of the most unique and fascinating creatures that Mother Nature has to offer.

For one thing, they’re gorgeous. Who has ever looked at a seahorse, with all its vivid colors and delicate, otherworldly shapes and gone, meh? No one, I tell you.

Plus they’re basically the mascot for cool, supportive dads everywhere. Not every creature in the animal kingdom can say that.

Yet, for as much as we know about the seahorse, there are even more thrilling stories swimming around—particularly when it comes to how it got here in the first place.

A video published by PBS Eons explains that today, seahorses are found in all of the world’s oceans. And yet, they are pretty terrible swimmers. So how on Earth could they have traveled such far distances to spread across the globe?

As it turns out, the answer is possibly hiding even further below the surface.

Throughout at least the last 55 million years, the ocean floor around southeast Asia has been whirling with tectonic plate activity, with the most important shift happening at the end of the Cenozoic era.

As deep channels between continents became more shallow and surfaces were thrust upward toward the sun, more aquatic plant life was able to grow and expand. Experts think that meadows of seagrass in particular helped ancient seahorses travel away from the waters of the Indonesian region (where they likely originated) and across the world. Yep, just like land horses, seahorses wildly gallop into unknown terrain. Actually, they prefer to simply hold onto traveling seaweed and raft into unknown terrain. Still majestic though.

You can watch the full video here:

How Plate Tectonics Gave Us Seahorses

The surge in seagrass might have even caused seahorses to trade in the long, horizontal shape of most traditional fish for their signature upright posture. As the video explains, the grass beds might have supported their ambush hunting technique, allowing them to obtain a longer reach and blend in with the grass blades before striking. Ambush hunting seems OK for a seahorse, but kind of terrifying if you think of land horses doing the same thing. Thank goodness the latter are herbivores.

PBS Eons is a virtual treasure trove of lesser known evolutionary stories. Its YouTube channel covers everything from the domestication history of cats to why we have 10 toes. If you’re looking to go down the coolest educational rabbit hole ever, you can check out its videos here.