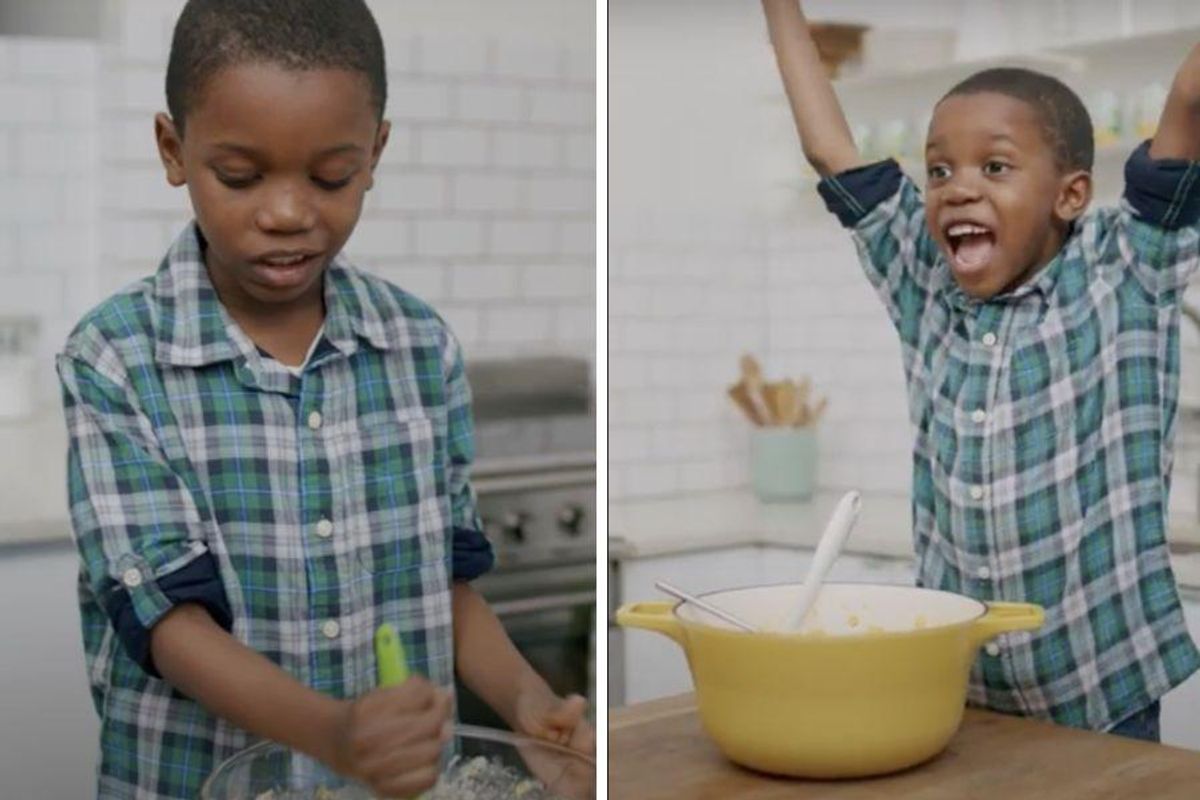 Have you been wondering what the “corn kid” has been up to these days?

When 7-year-old Tariq shared his wholesome love of corn with “Recess Therapy” this summer, he became a viral sensation. Everyone was talking about the kid who loves corn (or more accurately, “cohn“), quoting him, making songs about him and more. You couldn’t go to a dinner party or meet a friend for coffee without the corn kid coming up.

What people loved about Tariq in that video was his pure innocence, his unique diction/syntax/pronunciations and the way he spoke to our collective adoration of corn. (And butter, which truly does change everything.)

The video had more than a million views on the “Recess Therapy” TikTok channel, but also went viral across various social media platforms from various accounts. At this point, he’s become a pop culture meme, destined to go down in social media history.

If you somehow missed it, let’s start with the original interview:

Going viral can be fun but can also come with a host of potential ickiness, so while everyone was sharing the corn kid video, some people were concerned about what internet fame might do to him. No one wants this kid to change in any way that isn’t part of his normal childhood development or to be exploited by the capitalistic machine. He’s the epitome of “protect at all costs.”

At the same time, if people are making money off of your virality, you should get a slice of the pie at least. Let’s get this kid a corn-fed college fund, right?

“Recess Therapy” creator Julian Shapiro-Barnum told The Atlantic in September that Tariq’s family had been getting a share of the profits from the musical remix of the video and that all media and brand opportunities were being funneled to Tariq’s mom. His last name has not been widely publicized and both Shapiro-Barnum and the family have been protective of his privacy and his childhood. So far, so good.

Tariq’s lovability is undeniable, though. One would hope there could be a balance struck between letting him be his delightful self on camera and making sure he isn’t being harmed by viral fame. So far, it appears all is well.

“Tariq is the most bubbly, talkative kid who so thoroughly enjoys doing this stuff,” Shapiro-Barnum said. “He comes from a very sweet, supportive family. I don’t think they would make him do anything he doesn’t want to do.”

Tariq has done a handful of other videos and interviews and each is just as endearing as the original. I mean, watch this:

And Tariq has been given some opportunities to cash in on his love of corn. Check out this spot he’s done with Green Giant.

Love the way they just let him be himself. They couldn’t have scripted a commercial this good if they tried.

Seriously, we do have to protect Tariq at all costs. Thankfully, it looks like he’s in good hands and is having a blast being the corn kid while the virality lasts. Get it, little guy. If everyone keeps Tariq’s best interest in mind, his unexpected internet fame could be a win-win for everyone.