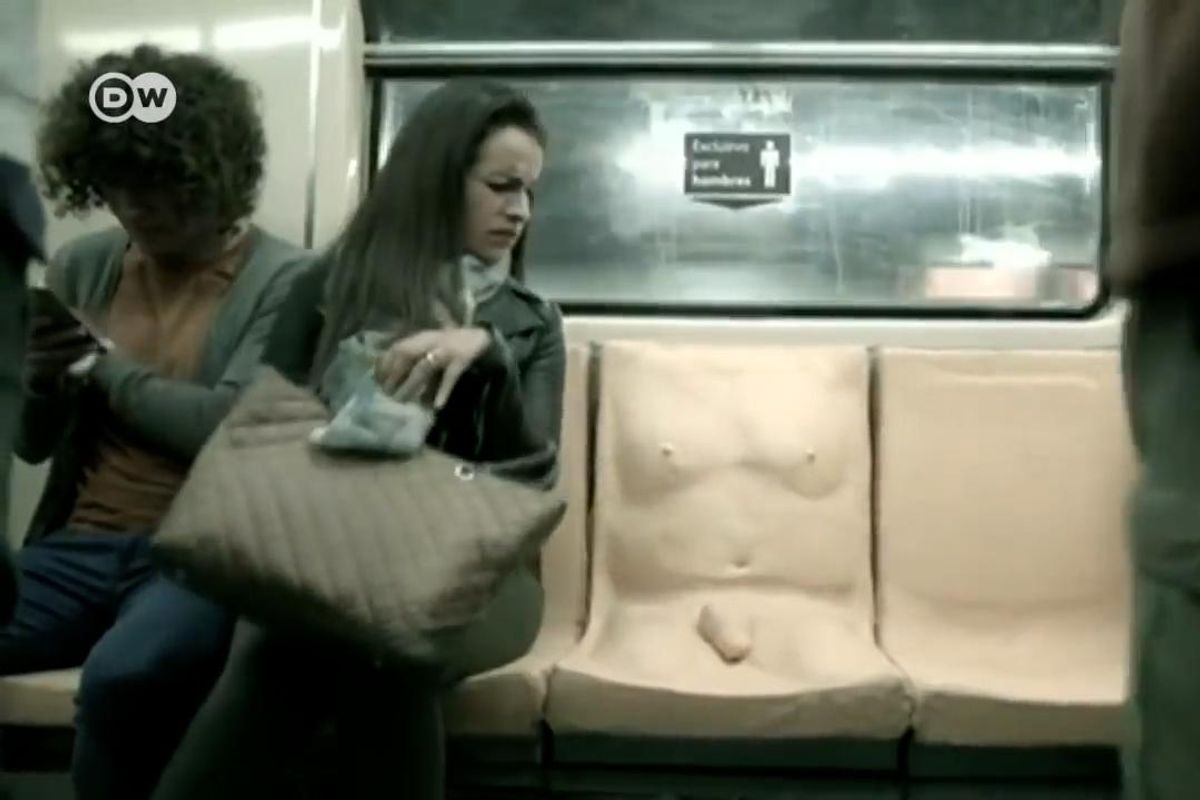 This article originally appeared on 03.31.17

Anyone using the Mexico City Metro recently may have spotted an … odd seat on the train, a seat quite unlike the rest.

Instead of a back, the seat’s plastic was molded into a person’s protruding torso. And instead of a flat bottom for sitting, the seat took on the form of that person’s thighs and penis.

Obviously, it wasn’t the most comfortable — or preferred — seat on the train for riders.

Above the seat was a sign declaring the seat “for men only.”

Another sign on the floor, legible once a person was sitting in the chair, reads (translated from Spanish): “It’s annoying to sit here, but doesn’t compare to the sexual violence women suffer on their daily trips.”

Watch a video of confused, amused, and offended passengers experiencing the seat below:

The campaign, #NoEsDeHombres, was launched by U.N. Women and authorities in Mexico City to educate men on the seriousness of sexual assault on public transit.

Mexico’s capital has a bad reputation when it comes to women’s safety, the BBC reported. A global 2014 study found Mexico City was the worst in the world in terms of verbal and physical harassment experienced on public transit.

But harassment is a problem on virtually every major city transit system — including in the U.S. Last year, a survey of Washington, D.C., transit riders found 1 in 5 users had experienced sexual harassment during their commutes, with 28% of that figure reporting having been inappropriately touched or assaulted. As you could have guessed, women were nearly three times as likely as men to experience harassment, the survey found.

Maybe a seat like this for men should be on every city train from here on out.