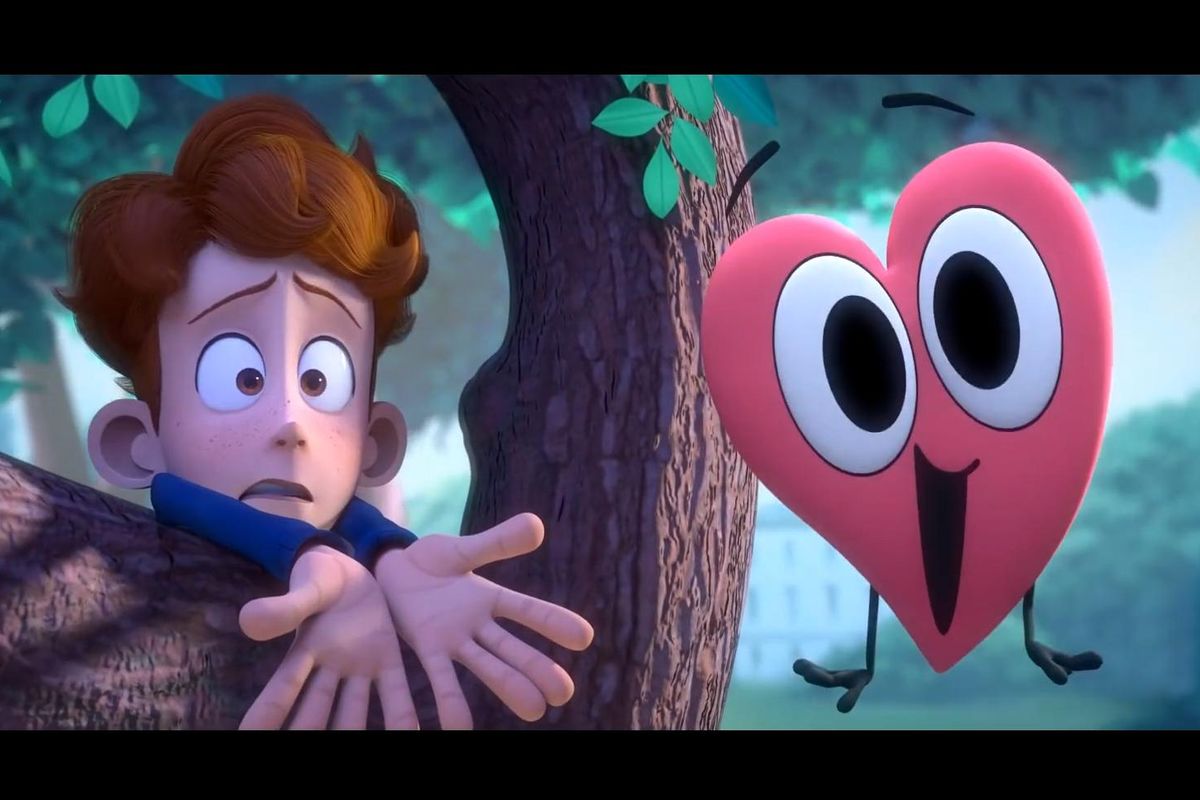 This article originally appeared on 07.31.17

After much breathless waiting and anticipation, the animated kids short “In a Heartbeat” was finally released on July 31, 2017.

The four-minute short film — which follows a closeted boy as he “runs the risk of being outed by his own heart after it pops out of his chest to chase down the boy of his dreams” — has captivated certain corners of the internet since its trailer was released in May and instantly went viral.

The finished film is just as adorable and sweet and pure and squee-worthy as fans were hoping.

People are just totally loving it.

The short is only four minutes long and completely void of narration or dialogue.

But its creators, Beth David and Esteban Bravo — who completed the project as part of their college senior thesis project — were able to invoke so many relatable emotions to queer fans watching at home: the helplessness of puppy love, the adolescent dread of being outed as LGBTQ, the judgmental gaze from peers when you are outed as LGBTQ, and the comfort of finally learning you’re not alone.

The project’s 30-second trailer tugged at heartstrings back in May, so you can imagine what a difference the full movie is making now.

“We’re very touched by the response we’ve gotten so far and we’re happy to know that our project has already had a positive impact on so many people,” the creators said in May of the film’s blossoming fandom. “It proves to us that there is a need and a want for media that addresses LGBT+ themes in a positive and lighthearted way.”

The two hoped their film’s positive reception will lead to more LGBTQ-inclusive films being produced down the line.

Take four minutes out of your day and watch “In a Heartbeat” right now, below: