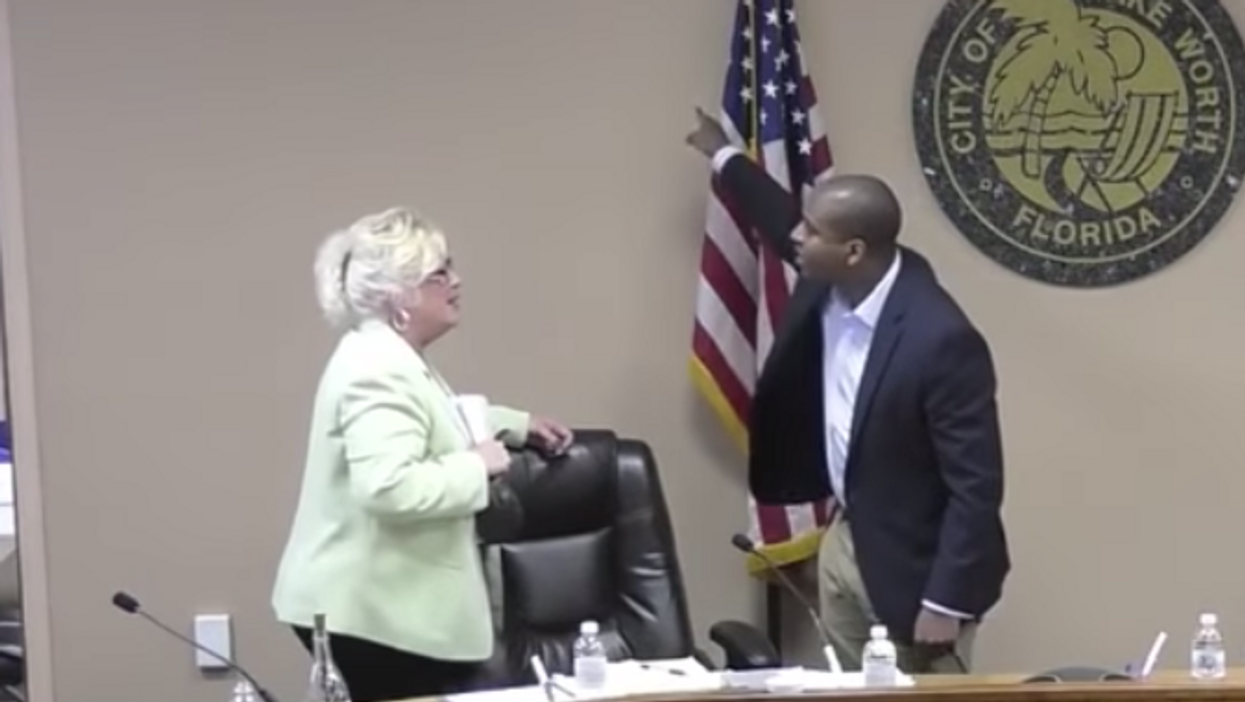 This article originally appeared on 03.23.20

A city commission meeting in Lake Worth Beach, Florida has gone viral after Commissioner Omari Hardy took his fellow city officials to task for their seeming indifference to their constituents during the coronavirus crisis.

Hardy confronted Mayor Pam Triolo and City Manager Michael Bornstein, who he said refused to call an emergency meeting last week, per Hardy’s repeated requests, to discuss issues coming about from the coronavirus crisis. And he let his frustrations show.

“You’re calling me disrespectful because I’ve interrupted people, but this gentleman has turned off people’s lights in the middle of a global health pandemic,” Hardy said, referring to Bornstein.

When Triolo tried to call a recess, Hardy wasn’t having it. “A banana republic is what you’re turning this place into with your so-called leadership,” Hardy said.

“We cut people’s utilities this week and made them pay—with what could have been their last check—to turn their lights off in a global health pandemic! But you don’t care about that. You didn’t want to meet.”

Triolo walked out, saying “Out of order. You’re done.”

Hardy is being hailed a hero by people who have watched the video and see him as a staunch supporter of the citizenry he serves. He wrote a post on Facebook about how overwhelmed he was by people’s responses to the video.

“It was not about me. It was about the people in our city who are struggling, whose futures are uncertain, whose finances are unstable, who may be wondering if they will be able to work and earn a paycheck during this pandemic, and who came home on Tuesday or Wednesday to find the lights off, or the water off, at a time when water and lights couldn’t be more important. It was about them. It is still about them.”

Thank you, Commissioner Hardy, for showing us what a true public servant looks like.