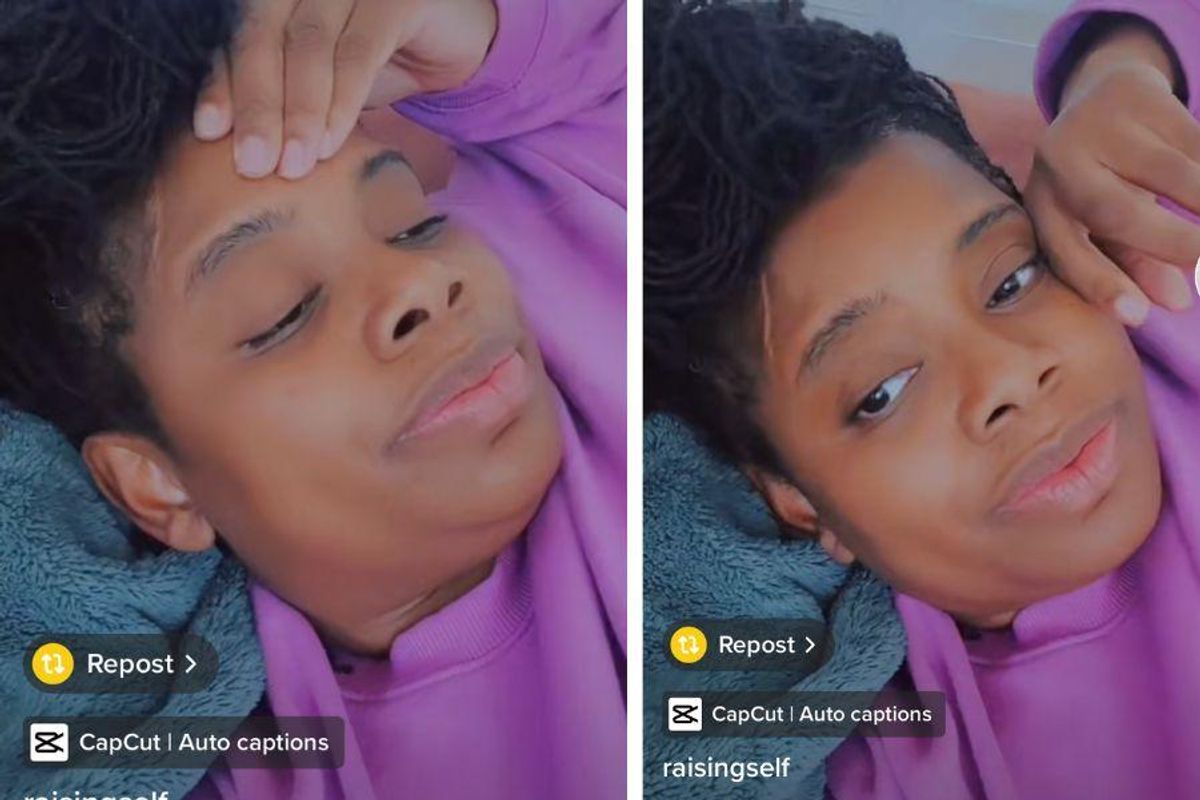 Parenting is a hard gig regardless of whether you planned to have children or they were a happy surprise. As many parenting books as there are out there, none of them have the perfect equation to get it right and most parents do the best with what they learned, or unlearned, from their own parents.

Samantha, a parenting content creator on TikTok under the name Raising Self, has been working hard to overcome generational trauma and parent her children differently. Recently she was doing a live video to interact with her followers when one of her children made a stunning revelation: he was scared of her.

You could tell by her expression that his confession was a surprise, and though her son barely took his eyes off the video game he was playing, the two had a very meaningful dialogue. Instead of being upset or even happy that her child was fearful, she responded with curiosity.

Some people believe that children should be fearful of their parents in order to respect them, but the exchange Samantha had with her son turned that thought process on its head. He started off the conversation by saying, “I know this might be a little shocking but I do sometimes actually find you a little scary.” When Samantha probed him a little she found that what’s causing him to be fearful is when her “grandma instincts come out,” referring to a generational pattern that his mother has been trying hard not to repeat.

Samantha didn’t hesitate with her response: “Yeah, I did not know that. I’m sorry that you’re experiencing that.” She continued, “When it’s happening, please call it out. Cause that allows me to understand what behaviors I’m not doing a good job mitigating.” Even though she was shocked, the conversation didn’t end there. It’s a beautiful exchange that can guide other parents on how to navigate these types of conversations.

Watch the entire conversation below:

For us fear does not equate respect. It’s a dynamic we worked not to be in our parent child relationship but it creeped in nonetheless.