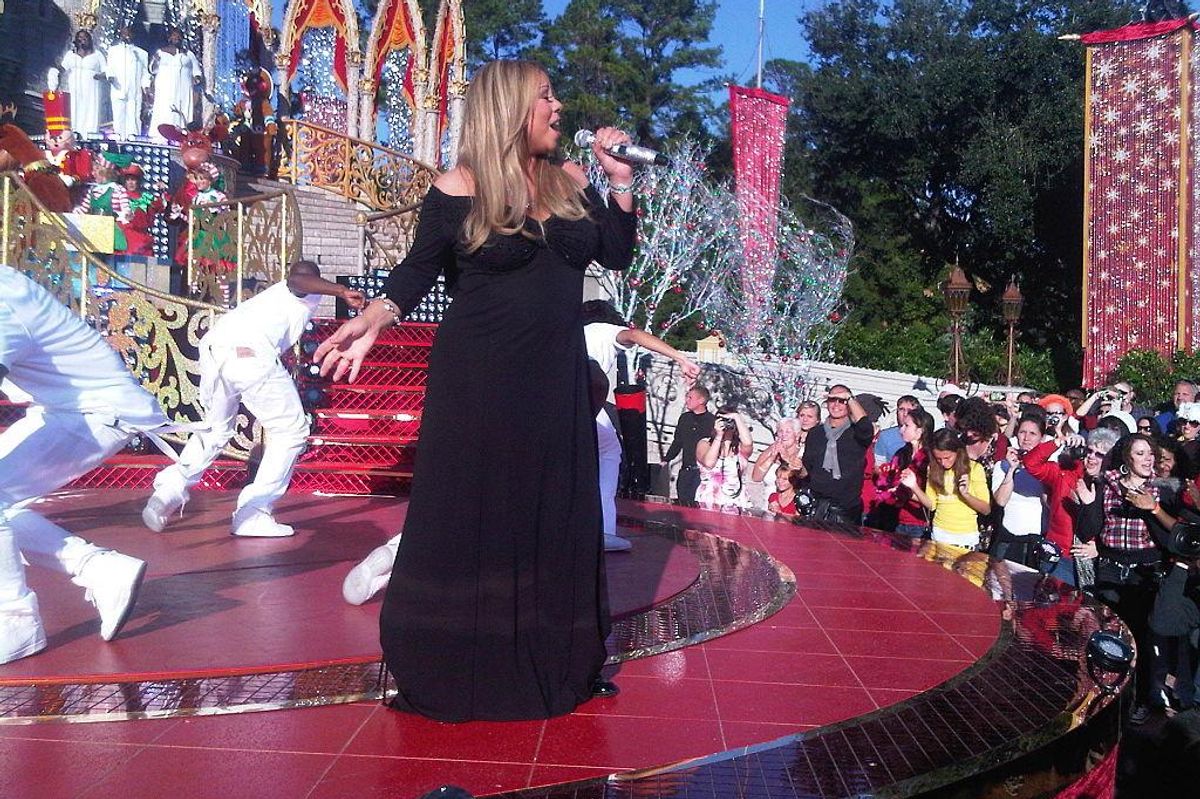 One of the most common misconceptions about people diagnosed with Autism Spectrum Disorder (ASD) is that they are emotionless. The disorder exists on a spectrum, so everyone is different, but people with ASD experience the same emotions as everyone else and sometimes more intensely.

“Sometimes, an individual with autism may display their emotions differently than one might expect, but this does not mean they are emotionless,” Autism Learning Partners wrote. “Some individuals with autism may internalize their feelings, not as a direct result of autism, but because of external factors such as bullying or trauma.”

A viral video posted by mother Jennifer White-Johnson shows that people with ASD have no problem experiencing emotions and when that’s mixed with self-confidence can result in eruptions of pure, unbridled joy.

On December 13, White-Johnson posted a video of her son Knox, 10, performing “All I Want for Christmas Is You” by Mariah Carey and it was pure joy. Knox has ASD but that didn’t hold him back from performing. In fact, it’s probably one of the reasons why he was so carefree.

“Timeline cleanse if you need one!” White-Johnson wrote in her post. “Knox tonight at his 4th-grade school winter concert singing @MariahCarey ‘All I Want For Christmas Is You’ #AutisticJoy on full display! My kid is everything! I hope Mariah sees this!!”

u201cTimeline cleanse if you need one! Knox tonight at his 4th grade school winter concert singing @MariahCarey u2018All I Want For Christmas Is Youu2019 #AutisticJoy on full display! My kid is everything! I hope Mariah sees this!!u201d

The amazing thing is that Carey, the Queen of Christmas, saw the video and reposted it on Twitter. “Your kid IS everything!!!!!!” Carey wrote. “Knox, you made my day. Your JOY gives me and everyone watching JOY. THANK YOU for reminding me why I wake up in the morning and do what I do. I love you.”

The family had Carey’s tweet framed and Knox thanked her in a response video. “Thank you Mariah for making me feel so alive in my life. I’ve never felt so overjoyed in my life, Amen,” Knox said.

u201cWhat he says in the video: u2018Thank you Mariah for making me feel so alive in my life. Iu2019ve never felt so overjoyed in my life, Amenu2019 @MariahCarey #MariahCarey #AutisticJoyu201d

White-Johnson was happy that her video could show people a side of ASD that people try to hide.

“We don’t want to shush our son and we don’t want to make it a point to say you’re being too loud when all he’s really doing is being happy,” White-Johnson told Good Morning America. “Even going further, with a Black autistic child, there’s certain expectations of what that child’s behavior is going to be like. I’ve even heard various people say that they’re surprised he can even emote to that degree because they didn’t think that young, autistic children could do that. And it’s like, well, he’s still a human being and he has feelings and he has emotions that he’s excited to share. And while he’s still navigating this kind of experience that he has, he knows that he’s free to explore what that means for him.”

Kudos to White-Johnson for sharing the video of her child’s performance because it’s a joy to watch and it shows a side of ASD that more people need to understand. When people see that people with ASD have big feelings, it lifts the stigma surrounding the disorder and makes it more likely they’ll be treated like everyone else.