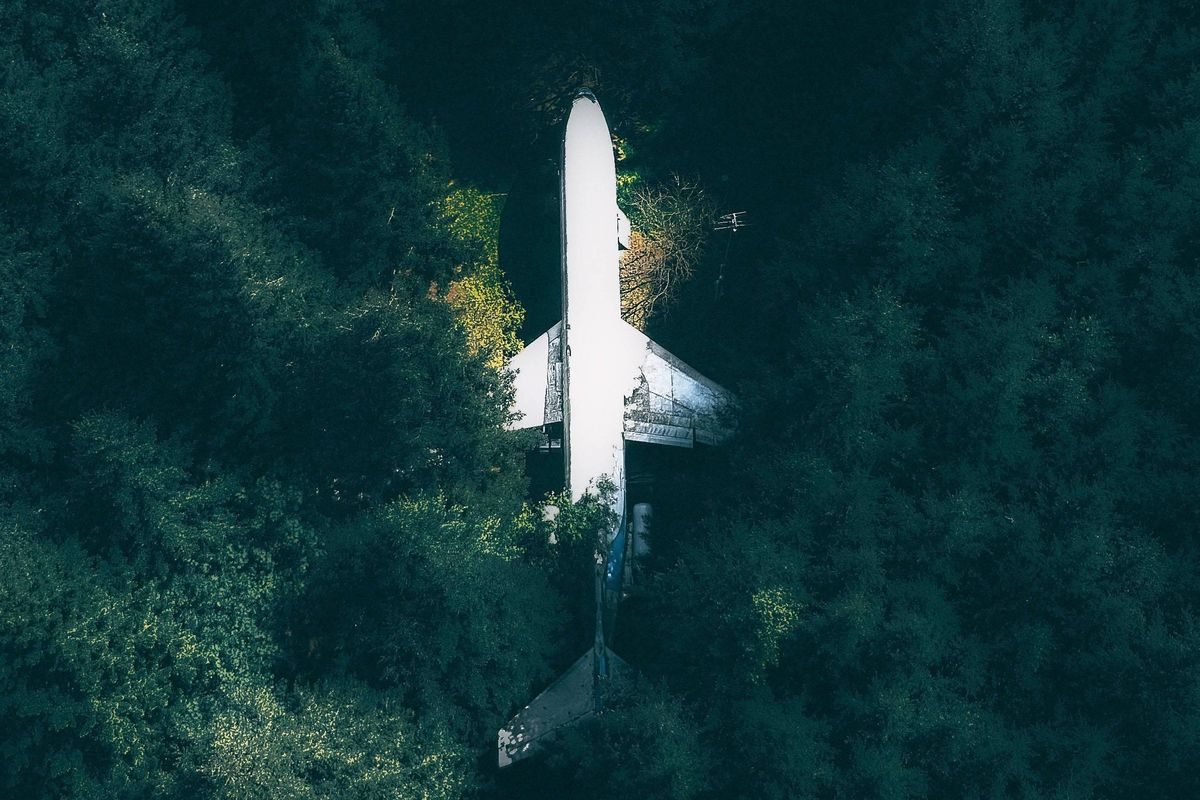 Over the past few years, the rising costs of homes and rent in the U.S. has pushed many to seek alternatives to traditional housing. People have been moving into tiny houses, sharing spaces with “platonic life partners” and living the nomad dream in motorhomes.

Some have even opted to take up permanent residence aboard cruise ships because it can be cheaper than paying rent or a mortgage.

One of the most unique, alternative homes in the US is Bruce Campbell’s in Hillsboro, a suburb of Portland, Oregon. According to CNBC, for over 20 years, the retired engineer has called a Boeing 727 200-passenger jetliner home. It’s a little smaller than the average house at 1,066 square feet, but it’s an open-concept lovers’ fantasy.

The plane has a unique history. It was once owned by Greek-Argentinian shipping magnate Aristotle Onassis and was used to transport his remains after his death in 1975. Onassis was married to former First Lady Jacqueline Kennedy Onassis.

The plane has everything Campbell needs to live comfortably. The original sink and bathroom are in perfect working order. He added a makeshift shower, refrigerator and portable washing machine to take care of all his needs.

His jetliner home also has retractable stairs so he can climb in and out of his place. Campbell lives in the plane six months a year and spends the rest of his time in Japan.

“I can appreciate that some folks might feel isolated or that it might strike them as an unusual living environment. But for me, it has always felt completely natural,” Campbell told Great Big Story.

Some may find Campbell’s living arrangement strange but they can’t argue with its affordability. He told CNBC that his monthly expenses are around $370, which includes $220 a month in property taxes and $100 to $250 a month in electricity. Campbell paid $100,000 for the plane initially and it cost $120,000 to make it habitable.

The engines have been removed so the plane will never fly again.

The plane is an affordable place to live and it’s also great for the environment. “Jetliners can, and should, be transformed into wonderful homes—retirement into an aerospace-class castle should be every jetliner’s constructive fate. They should never be mindlessly scrapped. Shredding a beautiful and scintillating jetliner is a tragedy, a waste, and a profound failure of human imagination. The time for humanity to recognize this is long, long overdue,” he said according to the CBC.

Campbell has found an innovative and creative way to live well while finding a way to upcycle 70,000 pounds of materials that would have wound up in a landfill. But he’s not done yet. He hopes to start on a second airplane home in Japan which he describes as “a land I love and with people I love. If I can simply regain my youth, everything will be fine.”