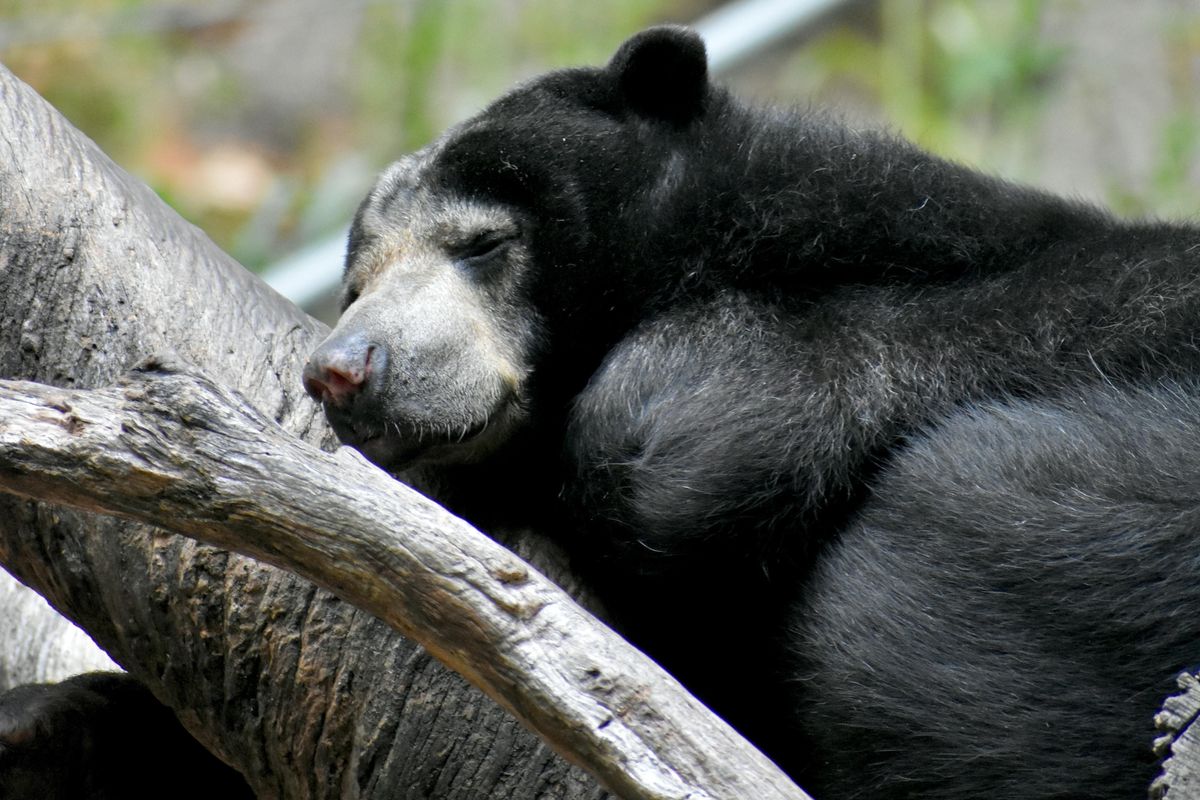 Bears are cute, even the giant grizzly bears that would probably eat you if given the chance. There’s something about them being chubby and fluffy that makes you want to snuggle them. But most people, wisely, wouldn’t dare to get close to one because humans have pretty keen survival skills that override the cuteness factor.

But as humans continue to encroach on natural animal habitats, there are more and more reports of interactions with bears. Mostly bears getting into trash cans or opening car doors while everyone is tucked in their beds, sound asleep. Recently, a Connecticut family found themselves unexpectedly face to face with a hibernating bear.

When Vincent Dashukewich took his dog out, she started acting strangely and growling at something under the pool deck. Surprisingly, when Dashukewich took a peek under the deck, a sleepy black bear was staring back at him. That’s certainly a sight that will get your heart pumping.

Dashukewich told ABC News, “He’s been super chill. I’ve gone out to check on his a few times and he hasn’t really moved. He’s looked at me a few times, but you know, he’s pretty calm right now.” If you’re wondering why he’s still got a bear hanging out under his pool deck, it’s because the Connecticut Department of Energy and Environmental Protection said to leave the bear to do bear things as long as it’s not bothering anyone. The agency surmises that Marty the Bear will leave by the end of the month.

But if the Dashukewich’s new guard bear doesn’t want to play nice anymore, they can call wildlife officials to remove Marty. While I personally wouldn’t want a Marty under my deck, he sure is cute all snuggled up under someone else’s.

If you want to get a look at this real life furry intruder, check out the video below.