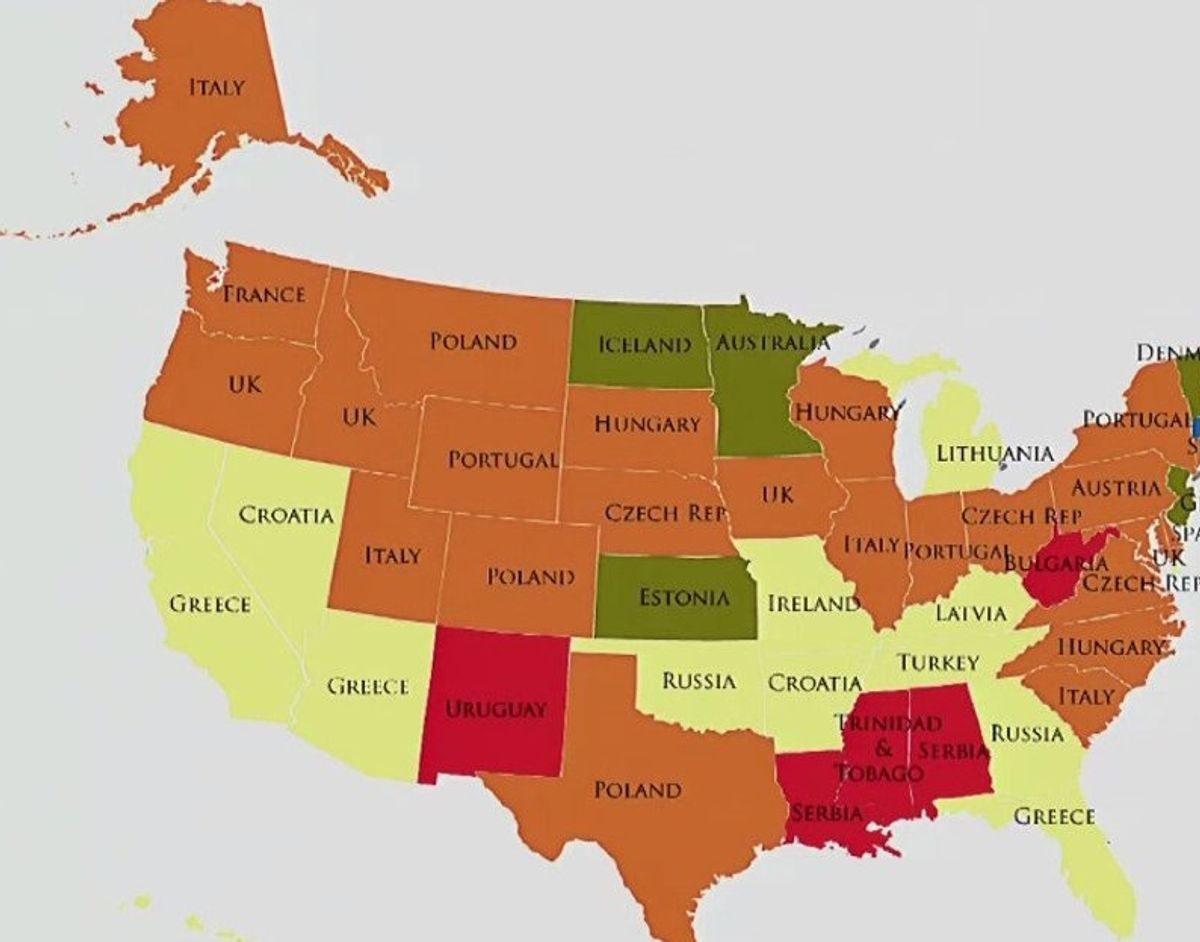 This article originally appeared on 05.22.15

This is not news: America does pretty badly when it goes up against other countries academically.

This is true even if we take it one state at a time—no single state, no matter how wealthy or small, matches the top scoring countries. And yet, the U.S. spends more per student than many other countries in the world.

In the image at the top, each state is mapped to a country that had similar scores on the Program for International Student Assessment, an international test of mathematical reasoning given to 15-year-olds. The top 15 countries are in purple. No, there isn’t any purple on this map.

Reporter Amanda Ripley wanted to figure out why U.S. education outcomes are so mediocre.

She started asking random people what they thought and she followed up on their ideas. The same theories came up over and over: People blamed poverty and diversity for the difference between U.S. students and students everywhere else. But when Ripley dug into the numbers, she discovered that, while those are factors, they don’t fully explain the difference.

No adult could give her a satisfactory answer, so she went to the experts: kids.

Kids spend more time in school than anyone. They’ve got strong opinions about school. They have opinions on what is working.

She talked to the only students who could have firsthand knowledge of the differences between schools in top-performing countries and those in the U.S.: American kids who were exchange students in those countries.

She surveyed hundreds of exchange students and found three major points that they all agreed on.

The students all said that in their host countries:

To hear more from these amazing kids (and a great story about how an education reporter managed to take an international standardized test), check out the video from PopTech below: