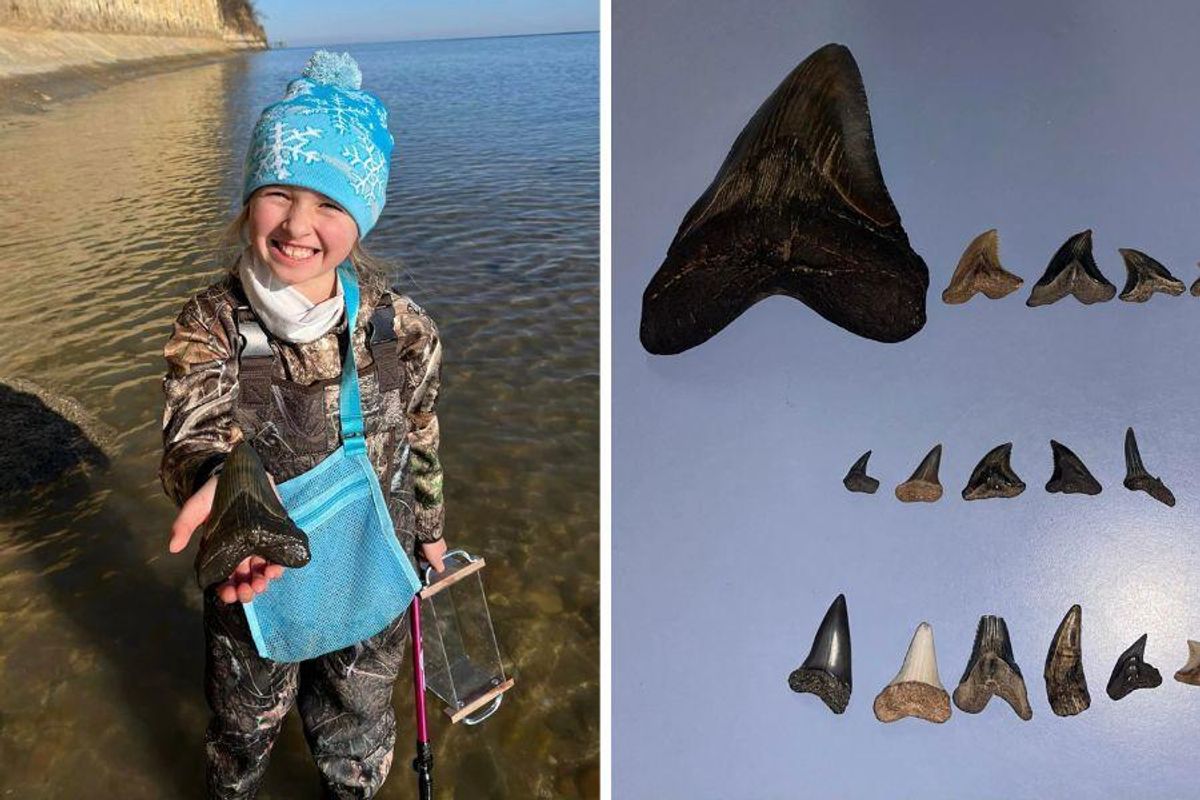 Nine-year-old Molly Sampson has been searching for teeth in the water since before she could walk. In her young life, she’s found more than 400 shark teeth, some so tiny it takes a magnifying glass to identify them, and the largest measuring an inch or two—until now.

Molly’s father, Bruce, grew up on the bay in Calvert County, Maryland, and has been hunting fossils at Scientists Cliffs since he was a small child. Bruce has dreamed for decades of finding a “meg”—a large tooth from a megalodon, a massive prehistoric shark longer than a bus, which scientists estimate could have eaten a killer whale in five bites.

Sometimes our dreams end up coming true through our children—and that’s just what happened when the Sampson family went fossil hunting on Christmas Day, 2022.

Molly woke up that morning eager to try out her new insulated chest waders—pretty much the only thing she and her older sister Natalie really wanted for Christmas, according to their mother—so she could go search for shark teeth in the bay with her dad and sister. It’s something the family has done countless times, but something about this outing was different. 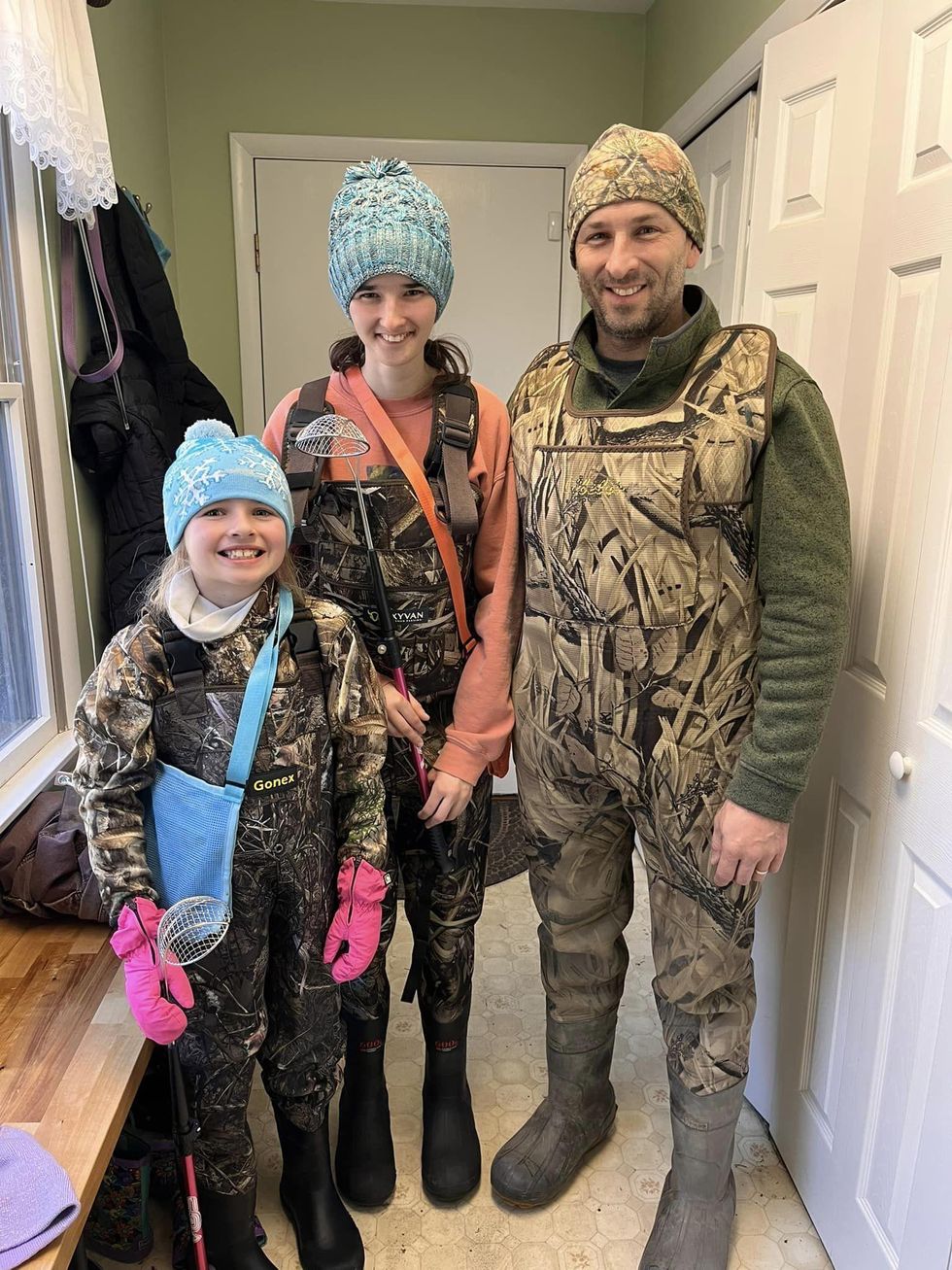 “I’m looking for a meg!” Molly declared in the car on their way to the cliffs.

The three of them hit the water in 10-degree wind chills, spreading out to search in their own areas. And within 20 minutes, Molly emerged with a shriek—and a tooth the size of her hand. “Look what I found!” she screamed.

Molly’s mom, Alicia, says it’s as if she spoke the “meg” into existence that morning.

“In her head, she kept asking herself, ‘Am I dreaming?'” Alicia tells Upworthy. “She didn’t think it was real. She kept saying she couldn’t believe it.”

Bruce snapped a photo of Molly and her amazing discovery and sent it to Alicia, who had stayed home to avoid the cold weather. (A choice she says she regretted after seeing the smile on her daughter’s face as she held her huge find.) 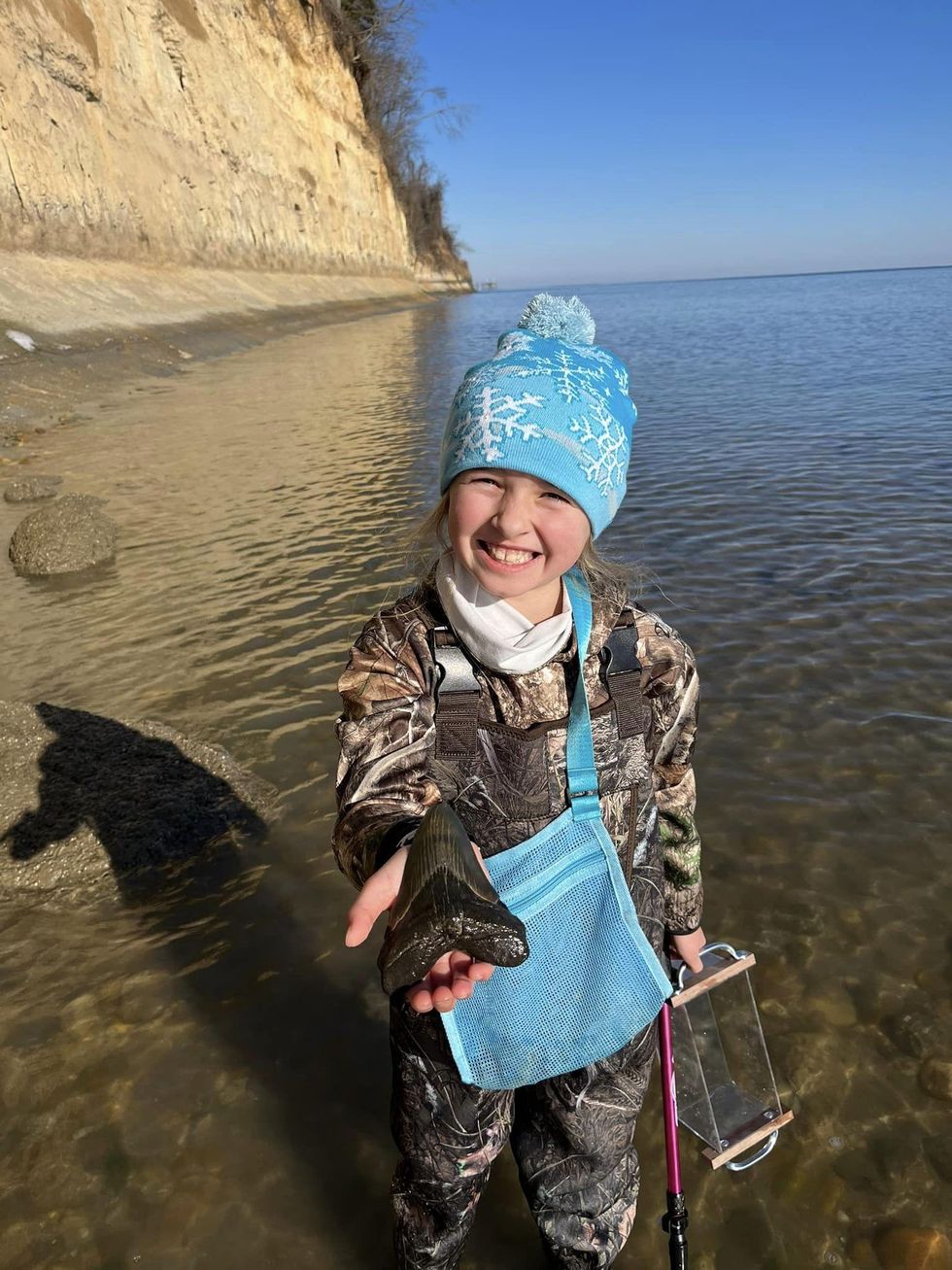 Molly told her mom she had to dive in and get her arms wet to reach the 5-inch tooth, but it was worth it.

It’s rare to find such a treasure, even for avid fossil hunters. Megalodon literally means “giant tooth” and fossils that have been found so far have been dated from approximately 23 million to 2.6 million years ago.

Stephen Godfrey, curator of paleontology at the Calvert Marine Museum, told CBS News that the tooth was from the left side of a megalodon’s upper jaw and that the creature with this tooth would have been between 45 and 50 feet long—about the length of a humpback whale.

Calvert Marine Museum shared on Facebook that Molly had brought her tooth to the museum’s paleontology department, but she gets to keep it in her own collection at home. 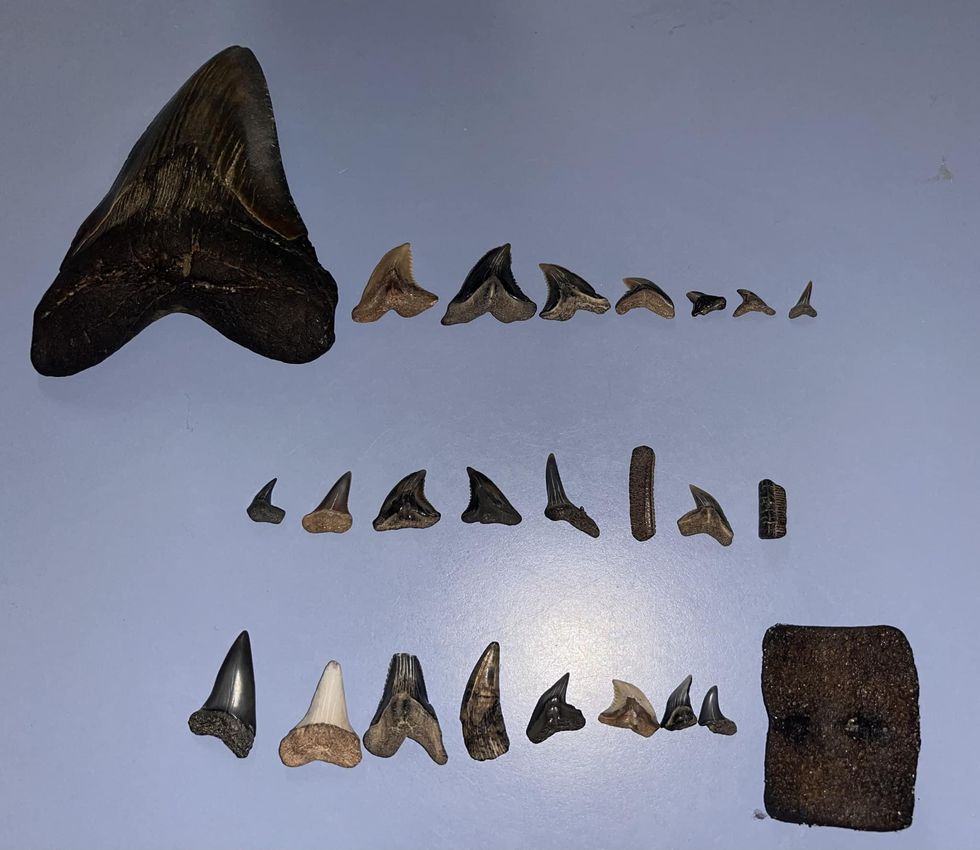 “My husband is going to build a shadow box for her so she can display it safely,” says Alicia. “I am sure she will always keep this tooth. To her—and to us—it is priceless. The joy and excitement it has brought her could never be bought.”

Molly has said she’d like to dig for fossils when she grows up, and she’s certainly getting a strong head start in that department. She and Natalie have even started their own “Fossil Girls” Instagram page to share their love of fossil hunting.