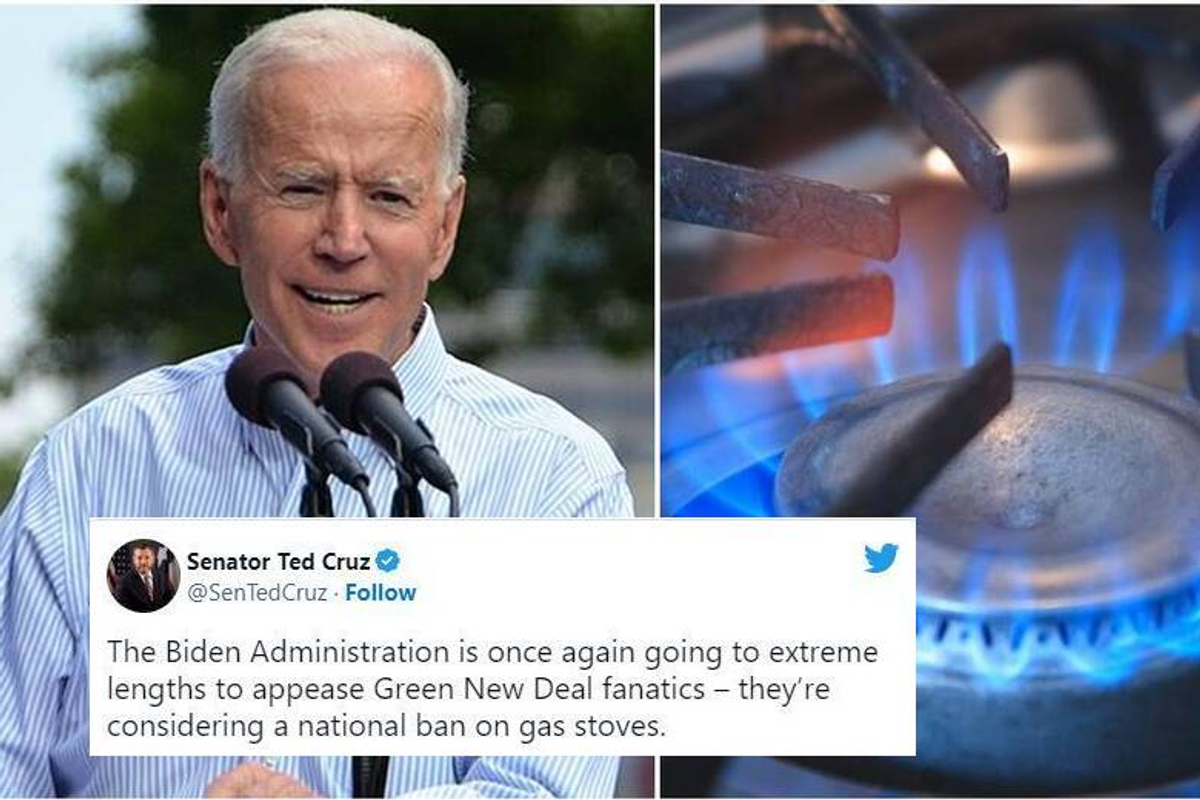 When politicians find an issue that affects the average person, it’s an easy way to gain leverage over their opponents. They’re called “kitchen table” issues and the Republicans have found a great one with the “gas stove ban.” Conservative lawmakers are claiming that the Biden administration wants to ban gas ovens and stoves.

Heck, it’s not just a figurative kitchen table issue, it’s a problem that’s in voters’ kitchens. The problem for Republicans is that no one wants to take away anyone’s kitchen stove.

The kerfuffle began on January 9 when Richard L. Trumka Jr. of the U.S. Consumer Product Safety Commission told Bloomberg that a ban “was on the table” for gas stoves. “Products that can’t be made safe can be banned,” Trumka added.

Gas stoves have been on regulators’ radars after a recent study found that roughly 13% of all childhood asthma cases can be attributed to having a gas stove—a risk level that’s on par with secondhand smoke.

Trumka’s comments caught the attention of Republican lawmakers who quickly tried to use the issue to their benefit. Sen. Ted Cruz (R-Texas) tweeted Monday that “the Biden Administration is once again going to extreme lengths to appease Green New Deal fanatics — they’re considering a national ban on gas stoves.”

GOP Rep. Ronny Jackson of Texas weighed in as well.

u201c187 MILLION Americans have gas stoves in their homes, and it will cost a FORTUNE to replace them. There’s no “science” behind this. It’s just another excuse Biden is trying to use to put MORE GOVERNMENT in your lives. HANDS OFF OUR STOVES!!nhttps://t.co/2DQMkP2ZIyu201d

Joe Manchin III of West Virginia, the most conservative Democrat in the Senate, jumped into the fray, too.

u201cThis is a recipe for disaster. The federal government has no business telling American families how to cook their dinner. I can tell you the last thing that would ever leave my house is the gas stove that we cook on. https://t.co/8IEFM44UvEu201d

The good news for the 38% of Americans who prefer to have their food cooked over a hot blue flame is that the government has no interest in barging into your kitchen and taking your stove.

The chair of the CPSC, Alexander Hoehn-Saric, clarified the issue on Wednesday indicating that the CPSC is looking for ways to reduce the dangers that come with gas stoves but has no interest in confiscating your appliances. “But to be clear, I am not looking to ban gas stoves and the CPSC has no proceeding to do so,” he said.

Joe Biden and a group of jack-booted thugs aren’t going to be knocking down your front door and stealing your gas stove anytime soon. But the Biden administration does want to make it easier for you to transition to an electric stove if you so choose.

The Inflation Reduction Act includes $4.5 billion in funding for states to give rebates to people who purchase new electric appliances, including wall ovens, ranges and cooktops. Those who switch from gas or propane to electric can get up to an additional $500 rebate.

So if politicians were being honest, they’d be saying, “Joe Biden doesn’t want to steal your stove. He’d like to buy you a new one.” But that doesn’t get people talking on cable news, now does it?