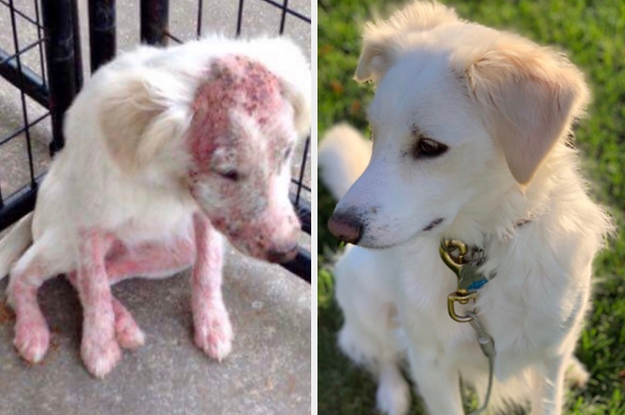 I know I said these meetings could be emails, but I’m ready to show off my outfits. 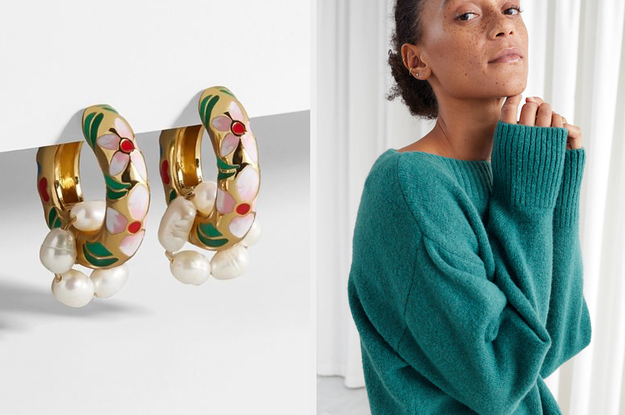 Move over, Game of Thrones.

It’s deserted out there.

“She was a supermom, you know?” 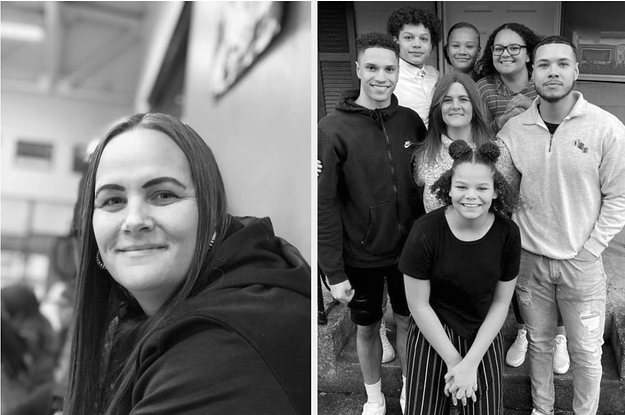 Havasu Falls is the ultimate Instagram flex for travelers, travel writers, travel influencers, photographers, celebrities, and models. The pale blue waters against the red rock cliffs have become a wildly popular backdrop of the travel world in the Instagram Age. Tourism is so important to Havasupai Nation that even though it’s not open in the winter, it accounts for 75 percent of all jobs.

Well much like Lennie Small and his rabbit in Of Mice and Men, the same avid travelers who forced Havasu to go to a lottery ticketing model were squeezing the falls and its traditional owners to a metaphorical death by not stopping their trips in the wake of a pandemic. This put an extremely at-risk community with severe and deeply rooted health issues in danger of an outbreak of the coronavirus — which was already raging around the world. If the virus were to take hold in the community, the results would be devastating.

So the Havasupai Nation took drastic measures and completely shut down their main source of revenue and stopped allowing backpackers onto their Nation and into the falls. They announced that the falls would close on March 16th and remain inaccessible for at least one month. Naturally, there were still travelers seeking that Instagram flex until the last minute on March 15th, even though the Havasupai were offering free rescheduling for permits, but the bigger question soon became: “what does one of America’s most remote and poorest communities do when it has to shut down its own revenue stream?”

Havasupai Nation is so remote that all food and medical supplies need to be either packed or helicoptered in. A one-month closure of the falls will result in a seven percent loss in revenue for Havasupai Nation, and that’s the best-case scenario.
To fight this economic downturn and isolation, Ethel Branch — a Diné attorney and leader — has set up a GoFundMe to financially support Havasupai. The fund aims to funnel money into the remote nation by helping them buy bulk food and medical supplies. In doing so, Branch is giving travelers the chance to pay back (and pay forward) the community that supported their epic adventures and beloved blue-water photos.

We can hear you ask, “isn’t the federal $2 trillion bail out going to help Indigenous nations across the country?” Yes and no. That package does include $1.03 billion of emergency funding for the Indian Health Service (IHS). That figure is basically one-half of what Indigenous nations asked for. Moreover, the IHS is already woefully underfunded. It should receive around $36.8 billion yearly to deal with regular medical issues facing America’s Indigenous people. In 2020, Congress only allotted the IHS $6 billion, underfunding the service drastically. So an additional $1 billion still means the IHS is working from a massive deficit to deal with day-to-day medical service. And that’s without a pandemic in play. If people start getting sick in Supai Village, that’s a whole new can of worms. (It’s also important to keep in mind that the money allotted to the IHS is meant to cover millions of people across 574 Indigenous nations.)

This GoFundMe is crucial to help the Havasupai Nation weather this viral storm. We at UPROXX — who named “Visiting Havasu Falls The Right Way” our #1 hot list experience of 2020 — believe that travelers, travel writers, models, and travel influencers owe a debt to this community. It’s time for us all to step up.

You can donate to the Havasupai Tribe COVID-19 Relief Fund here.

When Pusha T spat the bombshell revelation “You are hiding a child” on his corrosive Drake diss “The Story Of Adidon,” he effectively ended the war between the two rappers and prompted a new era of Dad Drake memes. Fans’ tendency to side with whichever side of a rap feud seems to have the upper hand finally turned against the once-invincible Torontonian star, making him the butt of the joke — and for once, he couldn’t spin it to take advantage. Now that Drake has finally shared a photo of the now toddler, those jokes have resurfaced along with the realization that he may have been justified in keeping his son a secret.

It didn’t take long for Pusha T to begin trending on Twitter after Drake posted the photo. While some users posted the lyrics from “The Story Of Adidon,” others seemed content to pronounce that Pusha T actually won the war, imagining his response to the photo, Drake’s response to Pusha’s diss track, and even Adonis’ potential response to hearing the song later in his life.

Pusha T really bullied this man to being a responsible father lmaaaaaaoooo https://t.co/tSZ2bZ4iWv

I don’t think enough is made of the fact that if not for Pusha T, Drake was gonna announce the yute like he was a new colourway of the Yeezys

However, there were also plenty of fans whose jokes got downright mean, making fun of the toddler and prompting others to come to his defense.

You guys hate black people so much that you drag Drake’s seed for not looking black enough, then drag Hov’s seed for looking too black. Disgusting.

Seeing Drake finally post Adonis made me realize this is what he meant during this interview pic.twitter.com/Kc8PLaXdP7

this is exactly why Drake didn’t want to show his kid , people are so weird

Drake finally posted his son and y’all out here proving him right. pic.twitter.com/SxMG1AovZk

This is why Drake was telling the truth when he said he was hiding the world from his kid.

People are so mean sometimes.
And it’s so easy to just… not be.

As with any controversial viral moment, it seems that everyone has an opinion. However, it’s important to remember that there are actual people at the center of the polarized responses, with the current crisis affecting their family as much as anyone else’s. Now might be a good time to put compassion first.

The 1975 have been teasing the release of their record Notes On A Conditional Form for some time. The group’s fourth studio effort was originally slated for a February release, but the band’s vocalist Matty Healy has consistently announced delays. Healy formerly confirmed the album would see a debut at the end of April, but the band has once again pushed back its release. Now, Notes On A Conditional Form now finally has a firm release date and a full tracklist.

Healy said the record would debut in April, but in the months that followed, The 1975 decided to take a little more time. The band announced on social media that Notes On A Conditional Form will be released on May 22.

In an Instagram live session in January, Healy discussed the album and pinpointed a new release date. “We have been finishing our album, so we’ve been very busy,” Healy said. “It takes like three months or something to physically make a record on vinyl so it comes out on the 24th of April, I think. Sorry if that’s annoying or whatever.”

Check out the Notes On A Conditional Form album art and tracklist below.

Notes On A Conditional Form is out 5/22 via Dirty Hit. Pre-order it here.

The personalities in Tiger King: Murder, Mayhem, and Madness have become the most unlikely of celebrities, as millions of Netflix users have turned the seven-episode documentary series into the “most popular current TV show.” And as their profiles grow, people are beginning to realize that Carole Baskin, Joseph Allen Maldonado-Passage (Joe Exotic), and Mahamayavi Bhagavan Kevin Antle (Doc Antle) have been in our lives much longer than anyone realized. Does anyone in this photo look familiar to you?

That’s not Danzig feeding a tiger behind Britney Spears — it’s Doc Antle, who runs the Institute of Greatly Endangered and Rare Species (T.I.G.E.R.S) in Myrtle Beach, South Carolina. He was on stage with the pop star during her memorable performance of “I’m a Slave 4 U” at the 2001 MTV Video Music Awards, the same ceremony that had Mark Wahlberg and DMX introducing Staind and “Lady Marmalade” winning Video of the Year over “Weapon of Choice,” which is nuts. But I digress. Here’s a behind-the-scenes look.

All these years, we’ve been focusing on the snake when a freaking tiger was right there. “There was also a tiger — an adult tiger — in that performance, and that was the big deal, even though it wasn’t featured as much in the show,” snake trainer Mike Hano told MTV in 2016. “Britney didn’t have to handle that thing like she did the snake, but in some ways, that was really a bigger deal for me.” In that same article, Antle revealed that the “rare golden tabby tiger” on stage with Britney has sadly since passed away.

You know who was also there? Carole. The Tiger King cast is like Forrest Gump.

Nintendo apparently has big plans for the 35th anniversary of its most beloved character. According to reports, the Japanese video game company is planning a big celebration for Mario that will see some retro classics hit its latest console as well as some new games and even an animated movie.

According to UK gaming website Video Games Chronicle, Nintendo is going big for the 35th anniversary of the stout plumber’s first appearance, including new titles and a surge of “most” games in its Mario back catalog remastered for the Nintendo Switch.

Multiple sources have told VGC that the platform holder is planning to hold an event to coincide with this year’s anniversary, which marks 35 years since the start of the mainline Super Mario series in 1985.

As part of its anniversary celebrations, Nintendo will reveal plans to re-release most of Super Mario’s 35-year back catalogue this year, remastered for Nintendo Switch, VGC was told.

According to the report, the plans include Super Mario 64 from 1997, 2002’s Super Mario Sunshine and Super Mario Galaxy, which came out on the Wii console in 2007. There’s also word of a new version of Paper Mario and Super Mario World 3D. We know of at least one new Mario game coming soon which is set in the Lego universe and features building toys based on the series. That was revealed with a video earlier in the month.

The big news was apparently supposed to arrive at E3 in June, but with coronavirus canceling the expo Nintendo had to make other plans. The VGC report indicated that new anniversary plans could be made official when Nintendo speaks about its forthcoming partnership with Universal, which is supposed to include Super Nintendo World theme parks and, intriguingly, a new Super Mario animated movie.

This is all great news for Nintendo fans, and even more reason to buy a Switch these days. Just good luck finding one at retail price.