The sports world is doing its best to plan for all circumstances when it comes to the ongoing COVID-19 pandemic. For Major League Baseball, any plan would be the start of a baseball season that simply hasn’t happened yet. MLB was put on pause during spring training in early March, and so as the pandemic has continued into late spring, the question isn’t how the season will finish, but how much of it will actually be able to take place.

On Saturday, Ken Rosenthal of The Athletic detailed the league’s proposal for a safe return to play in empty venues save for essential staff. Rosenthal called it a “blueprint” to actually making a 2020 campaign happen and noted while nothing is set in stone, the league expects to make a season with between 70-80 games happen, with an expanded postseason to follow.

Some key points to the proposal: not every team feels it’s safe to play in their home stadium at this time, teams relocating entirely for a period of time is on the table, and payroll cuts are expected to be ironed out due to lack of gate revenue for fanless games. Perhaps most interesting: schedules will largely be “regionalized” so teams playing in close proximity play one another to fill out the schedule.

• A regular season beginning in early July and consisting of approximately 80 games. The number might not be exactly 80 – both 78 and 82 are possibilities.

The schedule would be regionalized: Teams would face opponents only from their own division and the same geographic division in the opposite league. An NL East club, for example, would face only teams from the NL East and AL East.

Rosenthal noted that even New York, the epicenter of the coronavirus outbreak in the United States, could host games by early July. It’s a bold plan for MLB to attempt given the uncertainty around various parts of the country, and it would be a huge shift in the traditional schedule where baseball is largely still divided by two leagues and sparse interleague. Still, it’s better than the alternative, which is the reality that baseball as we expect it to be played in America is impossible to put on until the pandemic has subsided and a vaccine is available. 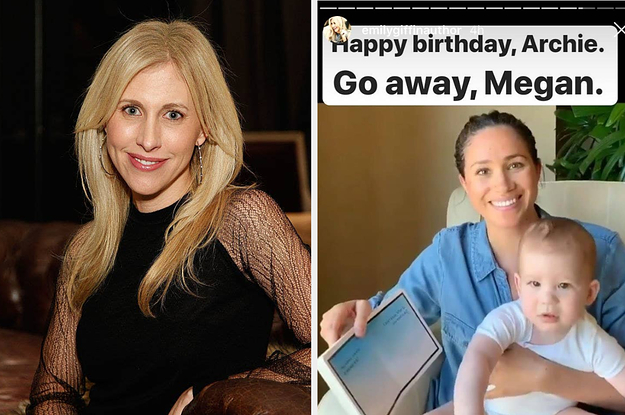 Promoting his return to music and social media for a little over a week, Tekashi 69 proved that numbers never lie as his Instagram Live return brought more than 2 million viewers to the livestream. Paired with the livestream that found him bragging about his fame and defending his decision to cooperate with federal authorities, Tekashi also shared a colorful visual for his latest single, “Gooba.”

Though the livestream seemed to achieve all the goals he had in mind for the weekend, the braggadocious affair failed to run its course without any problems.

Heading out to his balcony to post a picture of him flexing some money, Tekashi quickly ran into a problem according to TMZ after a neighbor spotted him on the balcony and not only recorded him on it but leaked the address of where he was staying. Hours later, TMZ reported that Tekashi’s lawyer, Lance Lazzaro, confirmed that the rapper had been relocated for security reasons. Lazzaro also added that federal authorities were notified of the move.

One would think that staying low would be the best call for Tekashi and his team but during his Instagram livestream on Friday, Tekashi made it clear that refraining from his trolling and eccentric ways was not the plan for the nearby future. 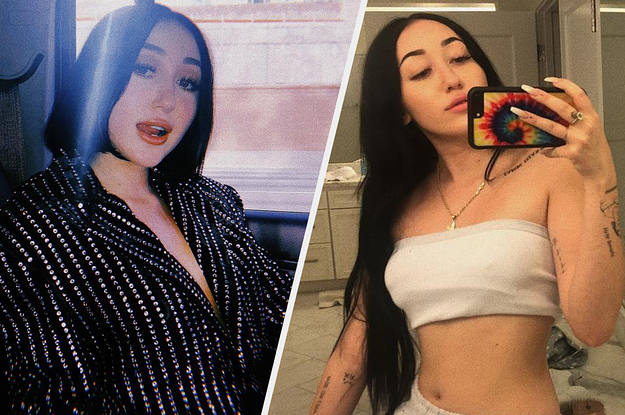 Despite the fact that ESPN’s various attempts to lure in new talent to the Monday Night Football booth have fallen short this offseason, the Worldwide Leader is reportedly slated to replace the pairing on its signature NFL broadcast. According to Richard Deitsch of The Athletic, ESPN has decided to remove play-by-play man Joe Tessitore and analyst Booger McFarland from the booth, although both will keep roles with the company.

As for who will replace them, that is still unclear, but the individuals will be folks currently with ESPN.

Tessitore, who has received praise over the years due to his work on ESPN’s broadcasts of college football and boxing, replaced Sean McDonough in 2018 following McDonough’s decision to return to calling college games. McFarland, meanwhile, joined the broadcast that same year in an analyst spot on the sidelines, then moved to the booth full-time last year when Jason Witten opted to un-retire from the NFL and rejoin the Dallas Cowboys.

While ESPN’s desire to replace them has been out in the open for some time, the attempts to bring talent into the fold has fallen through on several occasions this offseason: Tony Romo opted to stay with CBS over agreeing to terms with ESPN, Peyton Manning reportedly opted against doing Monday Night Football games, and Drew Brees decided to go to NBC Sports whenever his NFL career ends. In reporting on the Brees news a few weeks back, Andrew Marchand of the New York Post mentioned that ESPN had a handful of names on its potential list of replacements for both Tessitore and McFarland:

As for ESPN, its search to replace Joe Tessitore and Booger McFarland on “Monday Night Football” continues. Internally, Steve Levy is considered a strong candidate for the play-by-play position, though ESPN does have others to choose from in Adam Amin, Dave Pasch and Bob Wischusen.

On the analyst side, ESPN will internally consider Dan Orlovsky, Louis Riddick and Brian Griese, while looking outside at NFL Network/Westwood One’s Kurt Warner and CBS/NFL Network’s Nate Burleson, according to sources.

Should this hold and Deitsch’s reporting come true, Warner and Burleson would be out of the picture, as would Amin, who left ESPN this week to join Fox Sports. As for what’s next for both Tessitore (who will presumably keep doing boxing) and McFarland, hopefully both return to college football — Tessitore’s style works extremely well alongside the absurdity of the sport, while McFarland previously worked as an SEC Network studio analyst prior to his move to Monday nights. 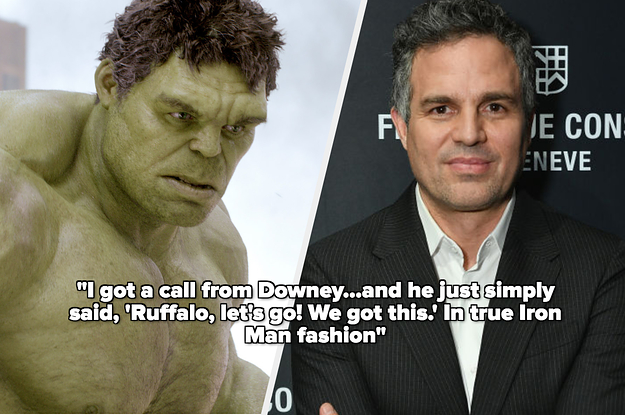 After sharing his fourth album Zuu last summer, Denzel Curry made a quick return, teaming with Kenny Beats for the joint project Unlocked. Alongside its eight songs was an animated short film, which found them frantically searching for the person responsible for leaking their project. In the months that followed, Curry would appear on a pair of singles, Ducko McFli’s “40 Bandz” and Destructo’s “Bandz,” as well as contribute to Guapdad 4000’s Rona Raps series. Now he’ s returned with a new, surprise freestyle.

Called “Im Just Sayin Tho,” the freestyle pairs Curry with Tommy Swisher. In the YouTube description of the song, Curry revealed his reasoning behind releasing the song, saying, “Just because we need music and happiness at a time like this.” A track he first previewed at the end of April, the freestyle finds him and Swisher speaking about the quarantine as well as their positions in hip-hop.

The freestyle arrives mere days after Curry dropped a remix of Jpegmafia’s “Bald” and revealed that he would retire from hip-hop after three more albums. ““I always liked my album short,” he elaborated. “Ten tracks is enough. Enough to listen to… I just want you to enjoy my music the way you enjoy a film. It’s meant to be consumed that way.”

Listen to the “Im Just Sayin Tho” freestyle above.

Rock and roll lost its architect on Saturday morning. Richard Wayne Penniman, more famously known as Little Richard, died at the age of 87 after a battle with bone cancer. As is oftentimes the case whenever someone as massively influential as Little Richard passes away, tributes have been pouring in all day remembering an icon who made an indelible impact on all genres of music.

One such tribute came in via Spike Lee, who recalled a commercial he shot with Little Richard back in 1991. As was the case for many ads Lee shot during that era, this was for Air Jordan, with Lee in the Mars Blackmon character that he portrayed in the film She’s Gotta Have It. While Michael Jordan does make a cameo a little later in the commercial, Little Richard pops up as a genie who grants Blackmon a wish to become the Chicago Bulls’ superstar.

Rest In Peace To One Of The True Creators Of Rock And Roll. This Is The Commercial I Directed With Little Richard And Michael Jordan, 1991. pic.twitter.com/51bEV1eYKB

It is a wonderful commercial that fits that era of Air Jordan ads while also using Little Richard perfectly as a larger-than-life genie. One thing that we’ve seen over and over in The Last Dance is how Jordan existed at the intersection of sports and popular culture, and while Lee’s ads were oftentimes an excellent example of this, it’s hard to highlight that better than by doing one with someone as influential as Little Richard. 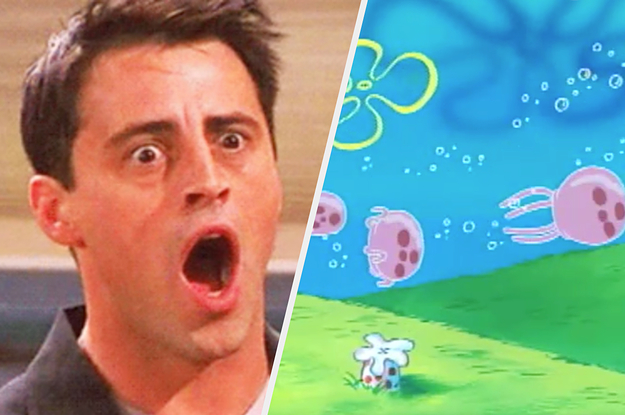 As the NBA works to figure out a plan to safely restart the 2019-20 season, one of the league’s most prominent former player made it known that they find the Association’s attempts to resume play misguided. In an interview with the New York Post, Shaquille O’Neal expressed his belief that the NBA ends this campaign altogether.

Shaq’s comments came on the same day as NBA commissioner Adam Silver’s reportedly wide-ranging phone call with players about the COVID-19 pandemic, where Silver told players that if play were to resume, it could be in an isolated environment like Las Vegas or Orlando. Silver also made clear that games would occur without fans, something that could be the case until there is a vaccine for the virus.

That last point is something that Shaq, at the very least, believes would negatively impact his performance if he was still playing.

“I would absolutely play horrible with no fans,” O’Neal said. “Oh my God. I would be the worst center in NBA history, because I need to feed off the energy of the crowd, I need to get my adrenaline boosted. You know how many games I won just by going into opponents’ arenas and fans look at me crazy? Every time I missed a free throw they laughed. I would go, ‘oh you think it’s funny? Watch this.’ I would definitely need that.”

It’s a tricky line for the NBA to walk, because while everyone wants basketball to come back, it’s really hard to justify it if it cannot be done safely, and while canceling this season would be the league’s last resort, it is not hard to see how we get to that point sometime in the future. If Shaq has his way, canceling the season won’t be a last resort, but rather, the common sense solution.