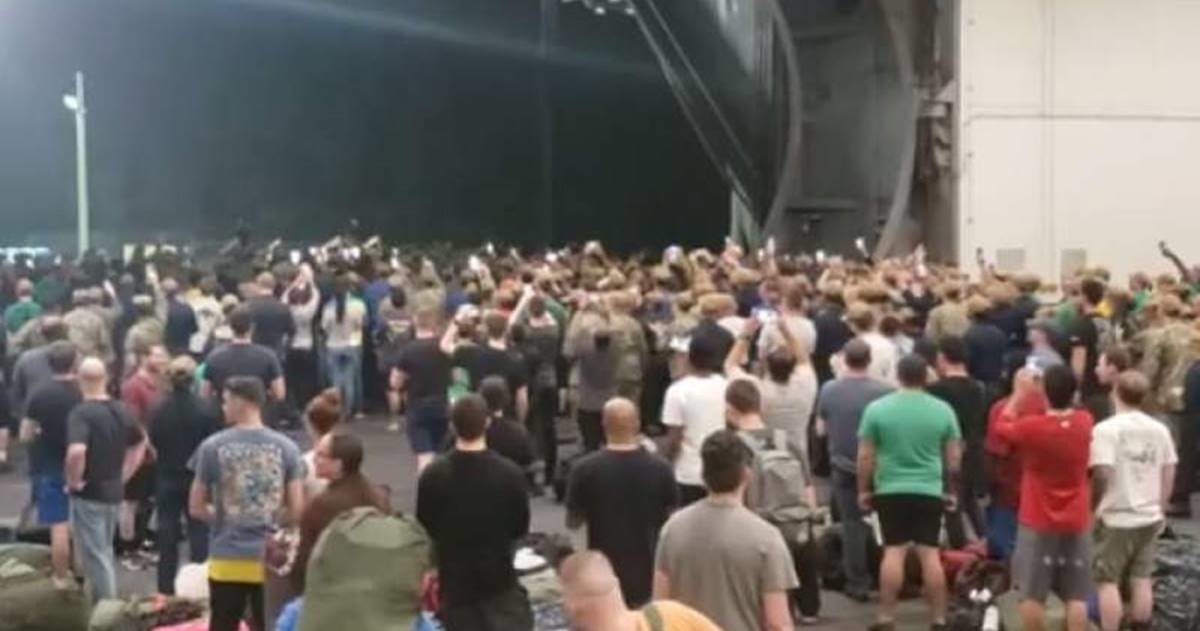 Captain Brett Crozier received a thunderous send-off Friday morning as he exited the U.S.S. Theodore Roosevelt in Guam. Video taken by sailors on the aircraft carrier show hundreds of service members chanting “Captain Crozier! Captain Crozier!” and clapping as he walked down the gangway.

Crozier was relieved of his duty by Acting Navy Secretary Thomas Modly after sending a strongly-worded letter to navy leadership about the spread of COVD-19 on his ship.

He was ousted for sending the letter over “non-secure unclassified email” to a “broad array of people” rather than up the chain of command.

In the letter, Crozier urged Navy leadership to evacuate the vessel as the rate of infection among the sailors increased. “We are not at war, and therefore cannot allow a single Sailor to perish as a result of this pandemic unnecessarily,” Crozier wrote. 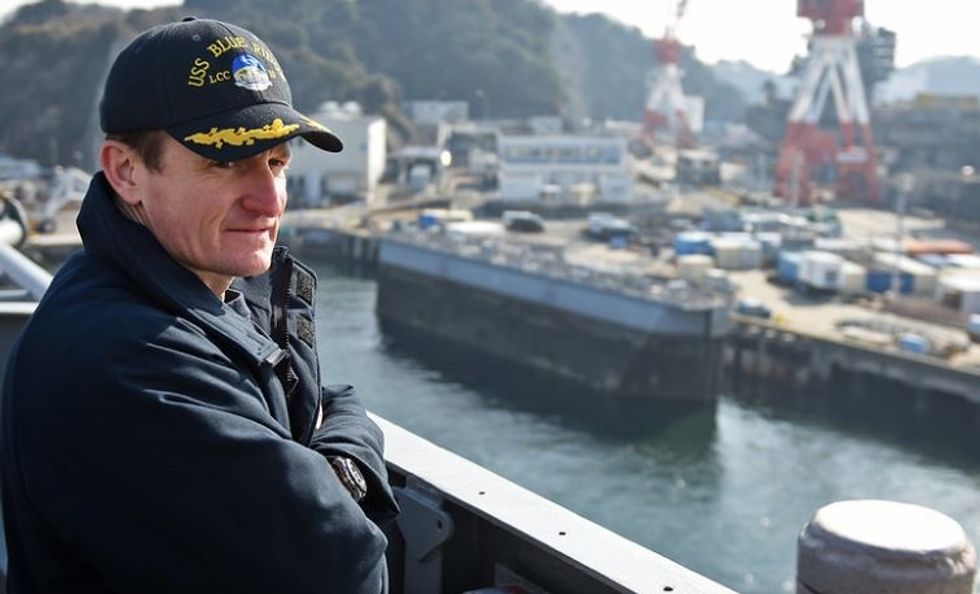 As of Wednesday, around 25% of the 4,800-member crew had been tested for COVID-19 and 93 were found to be infected. It’s expected that 2700 service members will vacate this ship this week, with a small crew staying on board for maintenance.

The letter was leaked to the media sparking outrage across the country. Modly says the letter also caused a panic among the sailors on the ship and their families back home.

“I have no doubt in my mind that Captain Crozier did what he thought was in the best interest of the safety and well-being of his crew,” Modly said. “Unfortunately, it did the opposite. It unnecessarily raised the alarm of the families of our sailors and Marines with no plans to address those concerns.”

“The responsibility for this decision rests with me,” Modly added. “I expect no congratulations for it. Captain Crozier is an incredible man.”

Crozier will keep his rank and remain in the Navy.

Former Vice President Joe Biden criticized the navy’s acting secretary in a statement saying that he “shot the messenger — a commanding officer who was faithful to both his national security mission and his duty to care for his sailors, and who rightly focused attention on a broader concern about how to maintain military readiness during this pandemic.”

Michael Washington shared footage of Crozier’s send off where someone is heard saying, “That’s how you send out one of the greatest captains you ever had.”

Footage shared on Twitter by Danny Ocean shows Crozier taking a long walk down the gangway to a cheering crowd chanting his name.

The send off for Captain Brett Crozier who was relieved from duty for TRYING TO SAVE THE LIVES OF HIS CREW pic.twitter.com/EEDG1U3rYE
— Danny Ocean (@The_UnSilent_) April 3, 2020

The footage of Crozier exiting the ship is a beautiful display of sailors cheering the man who sacrificed his career to protect not only their lives and the health of everyone they would encounter. Even though he’s no longer captain of the U.S.S. Roosevelt, there’s no doubt his heroism will be long remembered by his former crew or the country he proudly serves.