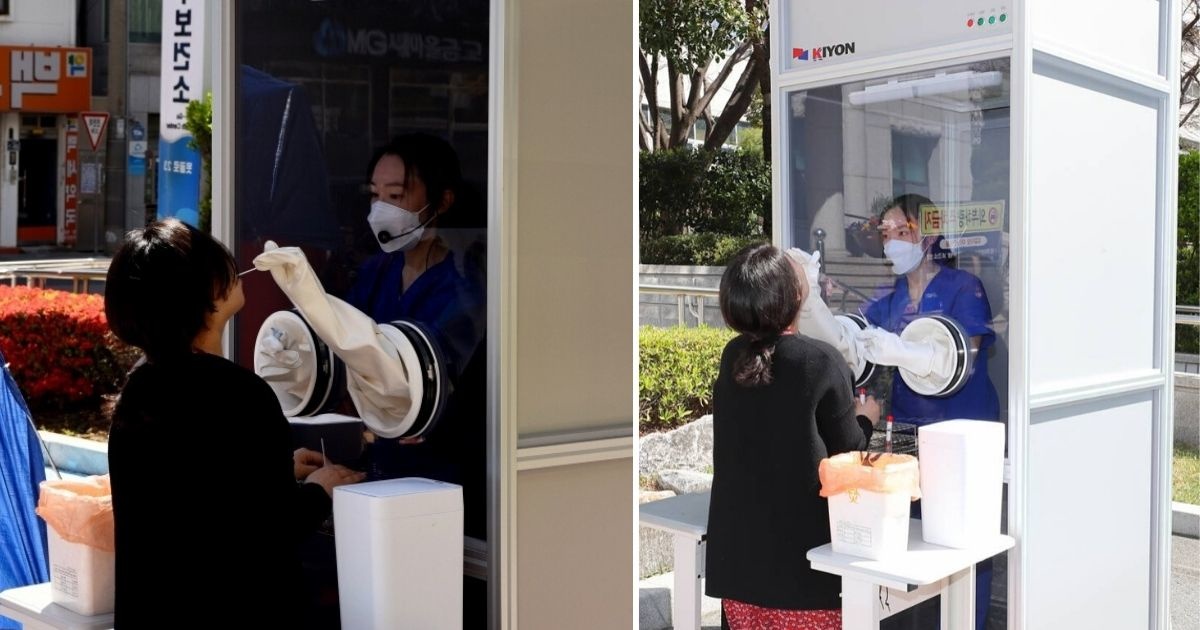 The coronavirus pandemic is now affecting 181 nations—that’s practically every country in the world. While some countries are farther along in the fight and others are just getting going, some of us have been on this journey for the exact same amount of time.

For example, the U.S. and South Korea had our first confirmed coronavirus cases on the same day, January 19. We’re like pandemic twinsies.

Except our different handling of the virus makes us more akin to Arnold Schwarzenegger and Danny Devito in the movie Twins. Our strategies—and outcomes so far—could not be more different.

For one, South Korea started testing immediately on a widespread scale as soon as the virus arrived there. When they had just four confirmed cases, the government gathered together the country’s top infectious disease experts and twenty companies to start developing an effective test, promising quick regulatory approval. As a result, by the end of February, South Korea had drive-thru testing centers and the ability to test thousands of people per day.

The U.S. testing issues range from bureaucratic snafus to development mistakes to production problems, but suffice it to say our process was not efficient and our testing lagged woefully behind where it should have been.

Why does early testing matter? Because it makes it possible to locate and isolate cases early on to keep the spread under control. Early testing, contact tracing, and isolating positive cases and their contacts has clearly helped South Korea keep its outbreak better under control. As of the writing of this article, South Korea has just over 10,000 cases and 174 deaths. The U.S. has 274,000 cases and over 7,000 deaths.

South Korea flattened the curve early. We’re still on a steep upward climb with our peak still a ways away.

A doctor recently made headlines for pointing out this discrepancy in our country’s responses and how it hurt the U.S. on Fox News, clearly stunning the host (or the producers in her ear) into ending the segment abruptly. His head shake says it all.

Other aspects of South Korea’s response have also showed an impressive level of innovation and far-sightedness. For example, a doctor at a public health center in Busan created a testing booth that allows health workers to swab patients with minimal use of PPE. 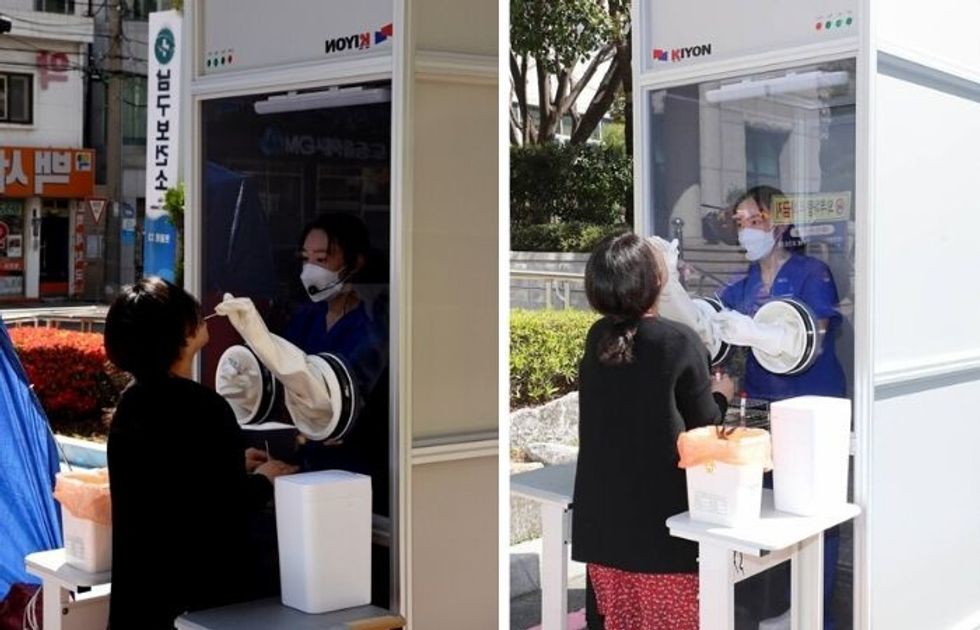 “Health care providers require no personal protective equipment as they stand inside the booth and take samples from patients using the gloves protruding outwards,” Dr. Ahn Yeo-hyun, who works at the clinic, told The Korea Herald.

“Having the full layers of the suit on can get stifling after a while, especially with the weather getting warmer,” she said. “The booth is positively pressured to protect the person inside by blocking out air from circulating in.” She also said that disinfecting these booths takes far less time than the ones where patients went inside. “Now, it takes only about five minutes to disinfect the gloves and outer surfaces before the booth is available again for the next patient.”

Since shortages of personal protective equipment has become a universal problem, such testing facilities that don’t require as much PPE could solve at least some of the problems we’re all facing.

And then, of course, there are the small, thoughtful touches that can happen when you succeed at keep an infectious outbreak largely under control. Someone on reddit shared a photo of a care package they’d gotten from the local government in South Korea after being tested.

“Currently in Korea and had some limited contact with a confirmed case. Was immediately notified by my local govt office and tested the next day. Thank God it came back negative, but they still advised that I self quarantine for 14 days.

Got a call from a dedicated case officer today that will check in on me twice a day every day during my quarantine. Mentioned they would drop off some supplies later that day which I thought would be some hand sanitizer and a box of tissues. Boy was I wrong! There was also a lot of included literature about best practices and emergency government income for those that can’t work and aren’t getting paid. It scaled up to about 1500USD for a family of five which as a supplement is pretty helpful.

Honestly the way this whole situation was handled was so efficient, professional and actually a bit calming. Gives me hope that Korea can somewhat cope with this virus (as well as one can hope) with their aggressive testing compared to most other countries.”

That post was shared a month ago. And yeah, no one can argue that South Korea hasn’t coped well with the virus compared to most other countries.

Don’t get me wrong. I know that there are demographic and governmental differences between the U.S. and South Korea that make an apples to apples comparison tricky. But there’s no question that their early and efficient efforts to test for and tackle the virus as soon as it became known made a huge difference in their outcome compared to ours. They did exactly what infectious disease experts recommend and they did it quickly.

Perhaps our leadership could set down the “America has done more than any other country” rhetoric for a sec and learn from the successes of our neighbors across the Pacific. They clearly have a better handle on what to do and how to do it than we do. It may be too late for us to take the measures we should have taken to begin with, but we can at least try to glean whatever wisdom we can from this point on.