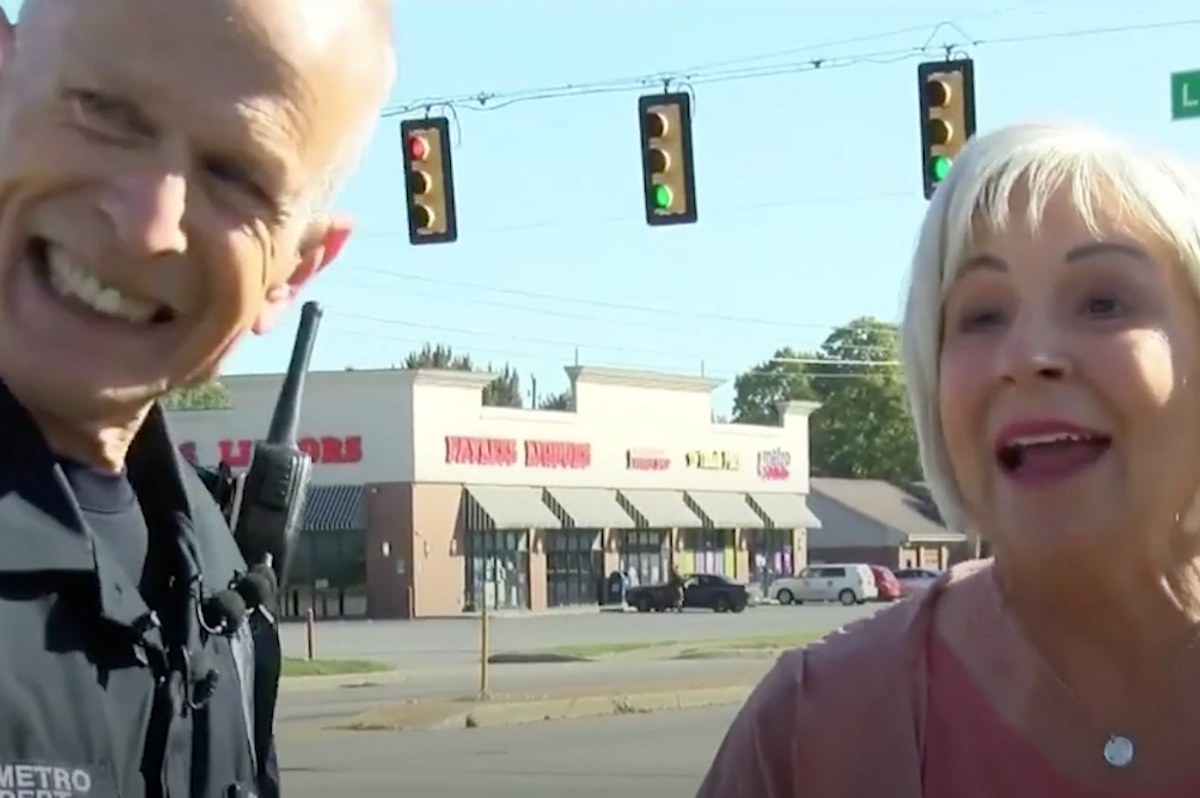 Indianapolis Police Officer Jeff Stagg selflessly maintained the roadside memorial of Shelby Smith, who had been killed by a drunk driver. He picked up trash and placed little plastic flowers, figurines and rocks around it to keep it presentable. Though Shelby died nearly 22 years ago, Officer Stagg didn’t want her to be forgotten. And now, his act of kindness won’t be forgotten either.

Passerby Kaleb Hall (@kalebhall00 on TikTok) noticed the officer cleaning up the site and asked him what he was doing here. Kaleb had already thought the behavior a little uncharacteristic, “a cop cleaning up trash in the hood,” so he went over to inquire.

After explaining that Shelby’s memorial was in his patrol area and that he guessed her family had moved away, Officer Stagg told Kaleb, “no one’s keeping it up anymore, so I just wanna make sure it stays kept up.”

Stagg had noticed the memorial had become surrounded by overgrown grass, weeds and trash. After driving past it every day, Officer Stagg thought enough was enough.

He would later tell CNN: “I believe strongly that this is part of the job. When we can try to do something to make things a little bit better as a result of a tragedy, that’s what we do.”

Kaleb posted a TikTok video of their interaction, which quickly racked up nearly 330,000 views and well-received comments like “I wish all cops had a heart like this,” and “It’s so nice to see officers doing things like this for our city. Indy needs more cops like him.”

The video’s popularity led to Shelby’s mother, Sherry Smith, reaching out to meet in person. Say what you will about TikTok, it has a powerful way of bringing people together.

Sherry had in fact moved to Texas 12 years ago, and the pandemic made visiting the memorial difficult. On hearing the news of Officer Stagg’s heartwarming act, Sherry knew she “had to meet him because he had to be a very special person, and he is,” as she told CNN.

On Monday, Oct 18 Sherry and Officer Stagg did have their meeting, but not before Stagg had a new white wooden cross built for the memorial, with Shelby’s name in bright pink letters. He also made sure to bring the officer who arrested the drunk driver who killed Shelby, who Sherry recognized instantly.

Sherry and Officer Stagg met at the memorial site, which had the freshly made wooden cross, surrounded by pink toy ponies and flowers. Sherry brought her own bouquet and a picture of Shelby. She immediately gave Officer Stagg a warm hug and big “thank you.” On seeing the memorial—pristine, maintained and well loved—the mother got emotional, understandably.

Nowadays we don’t often get news of police officers that make us feel much more than injustice. But every now and then there’s a “good cop” story that reinstills our hope in humanity. Thank you, Officer Stagg, for your kindness and empathy. And for honoring those you protect and serve.