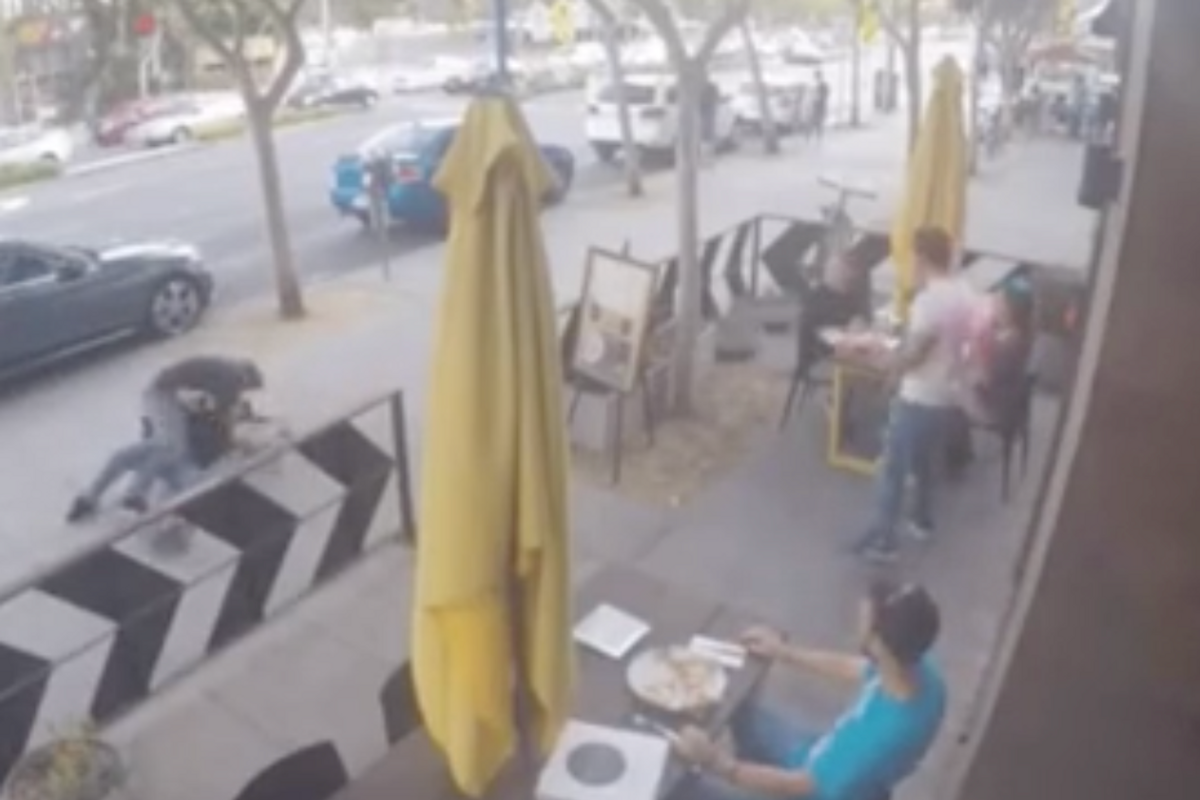 Fans of the Teenage Mutant Ninja Turtles are gonna love this: Some guy just broke up a fight using the power of pizza.

A restaurant surveillance video has gone viral on Reddit, showing two dudes getting into a sidewalk brawl. Outside diners enjoy a free show as one guy slams the other into the concrete. Then suddenly, our hero emerges. Whoosh!

He walks out of the restaurant toward his table, pizza in hand (is he bringing the pizza to his family? Is he a waiter? So much mystery). The Pizza Man does a double take, then hurriedly walks toward the scuffle.

Is he about to “use the molten cheese method” and smash the pizza into one of the dudes faces, as one Reddit user mentioned? Nay, the Pizza Man is altruistic. Instead of inciting violence, he presents a pepperoni flavored peace offering, helping the men to their feet. Seriously, is it too late to give this man a Nobel Prize?

As if lifted from a spell, the two men take a slice and cease to punch each other senseless. Which begs the question: Were they both just hangry?

Pizza Man’s heroic deed even inspired a new song in the Reddit comments:

“When you fight with a lust but you prefer pizza crust, that’s amore!!”

“When a guy hits your eye but there’s free pizza pie — that’s amore!”

That, my friends, is what the kids would call a “bop.”

After a few pats on the back, the would-be brawlers each go their separate ways, proving once again that pizza solves everything.

Next time you are about to enter a murderous rage, follow the Pizza Man’s example and just grab a slice instead.