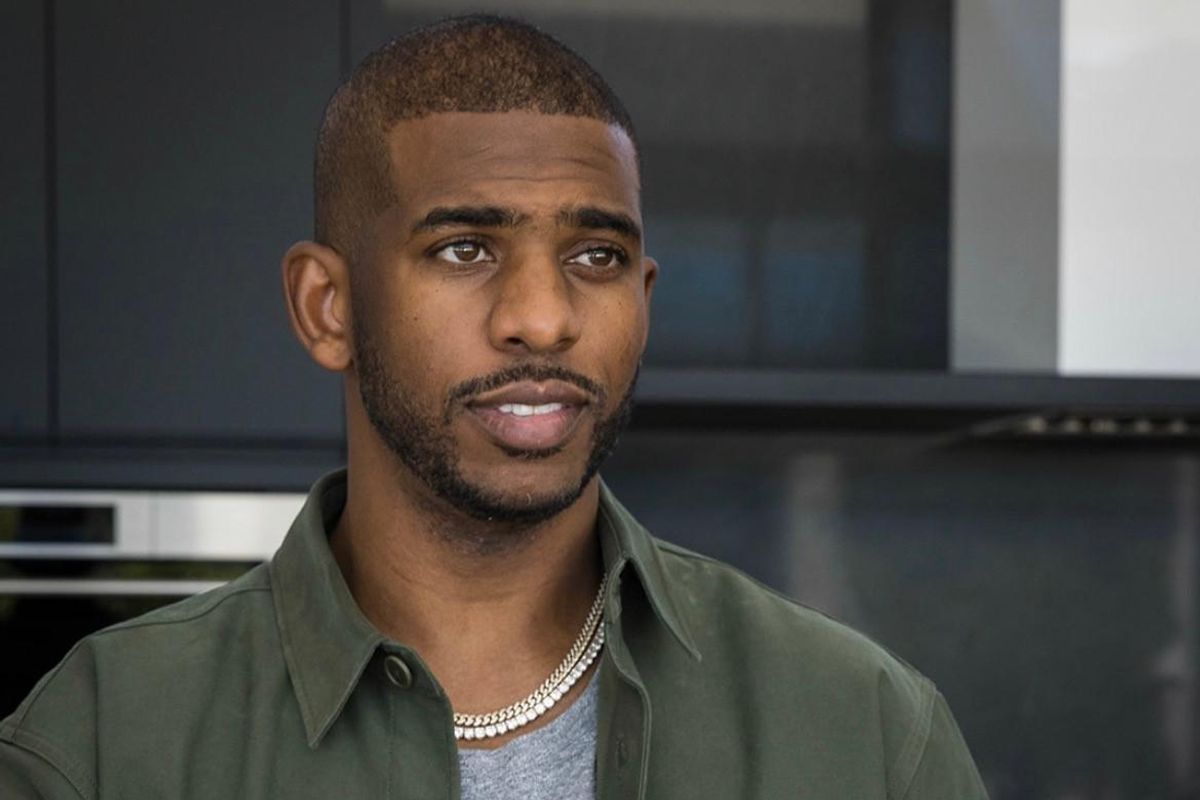 Phoenix Suns guard Chris Paul aka CP3 is not only one of the best players in the NBA, but he’s also one of the biggest cheerleaders for Historically Black Colleges and Universities (HBCUs).

Paul chatted with Upworthy about that mission and what led him to embracing a plant-based lifestyle.

UP: What was the initial inspiration to begin eating a plant-based diet?

Paul: I was trying plant-based after games and I saw I wasn’t feeling as heavy. So, I said let me try it full-time. It took one week. And I never looked back. I was a fan of pulled pork, and my chef used to make these chicken wings that were pretty fire, but for me, it’s bigger than that. I’m so visual, as in “Game Changers” they show you about blood pressure. It stuck with me. In everything I do is about recovery and how your body feels. I’d played so many years without being plant-based and I’d wake up the next morning being achy and sore, and for that to be gone… it’s amazing.

UP: With all of the work you’ve been involved in with the league regarding social justice issues, do you look at plant-based eating as a part of that work? Given the health disparities in the Black and brown community?

Paul: I think there’s a lot of synergies there and that’s because of the food deserts and the wealth disparity and food access. And alongside all of that is education. I’ve been playing in this league for a long time, and this didn’t impact me until the age of 33 to 34. So, how do you educate people? And when you do educate people? There are so many people who’re stuck in their ways. Then there are fast-food and liquor stores on every corner [in Black and brown communities]. 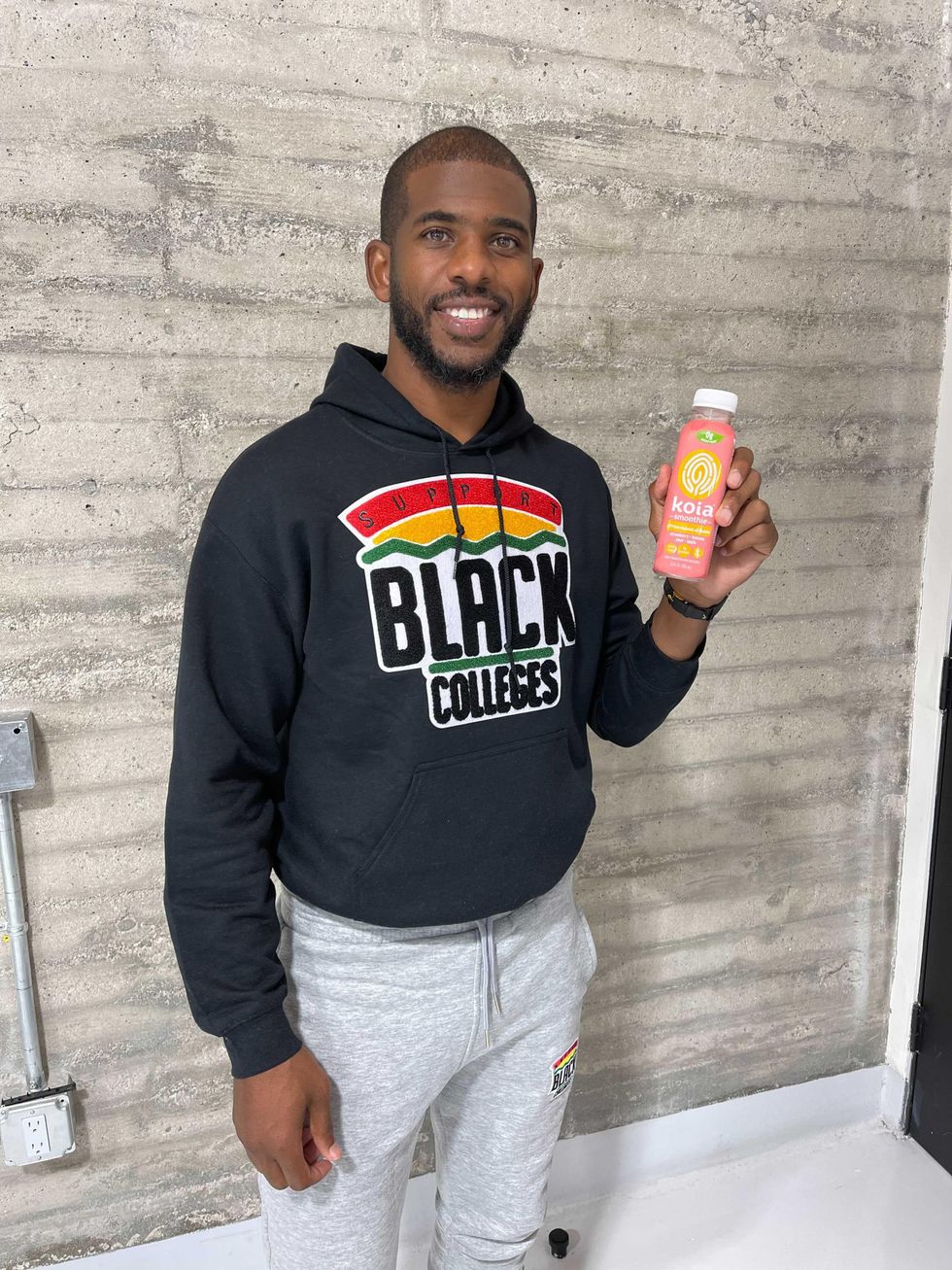 UP: When the young guys come into the league, do they look to you? Do you talk to them about plant-based eating?

Paul: I talk to them or show them. I’m always a sponge to give them the tools they need. But I won’t force it on anyone. This young guy recently asked me why I never have ice on my knees after games. He said he was gonna try it on All-Star weekend. After that weekend, he’s been plant-based ever since.

UP: How did you get involved with Koia? Why this particular product?

Paul: Koia had a lot of the same values that I have and my team has. They’re all about educating people and still having a great product. Whenever you partner with any company, besides the health benefits and the quality of the product, you hope your values align. And while we talk about sales, you also want to be able to make real change and educate people along the way.

UP: So, did you say you wanted to have these Koia products in Historically Black Colleges (HBCU)? Was that always part of the plan?

Paul: We’re in the process of rolling this out. This was part of the conversation… how do we get these products into these areas where a lot of times these kids aren’t exposed to these? So, putting the products into HBCU vending machines becomes a conversation starter and exposes these kids at an earlier age, and by doing that, they have access. In a lot of areas where these HBCUs are located there isn’t a Whole Foods or a fresh juice place with these options. So, we’re at least starting off making these assessable.

UP: What’s the first school where the Koia products will be available?

Paul: One will be Winston-Salom State University, where my parents and all of my family went.

UP: Why do you shine a light on HBCUs? What’s the inspiration for that?

Paul: I was in Houston and my stylist and I were trying to figure out what to do for attire for the season, and we came up with the idea of championing Black designers or designers of color. I wore a Texas Southern hoodie, where her dad went to school. Because it’s part of my DNA anyway, as everyone from my family went to an HBCU, except me, so, we started wearing clothes from different HBCUs, talked to different designers. In the process, I started learning more about how these schools started. When you dive into and start understanding that HUBCs were created because Blacks were not allowed to attend primarily white institutions, you dig deeper and realize a lot of the HBCUs are folding because they don’t receive the proper funding.

Paul: This gives eyeballs on these schools and similar exposure that other schools are getting and makes sure that kids understand that HBCUs aren’t less-than. When I was coming through the system trying to figure out what college to go to, HBCUs didn’t even recruit me. They didn’t because they felt they didn’t have a shot. When I was growing up, that wasn’t the blueprint for the NBA. You have to go to one of the big schools to be recruited. But, today these kids have so much power, with social media and entertainment networks, now schools will come to you. So, if you have three of the top schools who decide to go to Xavier, guess what? There’ll be so much more money going to Xavier and that school will be all over TV.

UP: Are HBCUs becoming feeders for NBA?

Paul: Not something that’s going to happen overnight. But, a lot more kids are aware and understand the power of their influence. Look at what Dion Sanders is doing at Florida State. These things take time and I think they will continue to grow in the next few years.

UP: Are you glad players such as LeBron and Carmello Anthony and other Lakers players aren’t plant-based? Do you think that gives you an edge?

Paul: (laughs) I’m never going to say what works for other people. I have to tell my story. But, I will say, your health can dramatically change by what you put into your body.

Rebekah Sager is an award-winning journalist and published author. She has contributed to The Washington Post, The Hollywood Reporter, Playboy, VICE, and more. She is a senior staff writer at Daily Kos