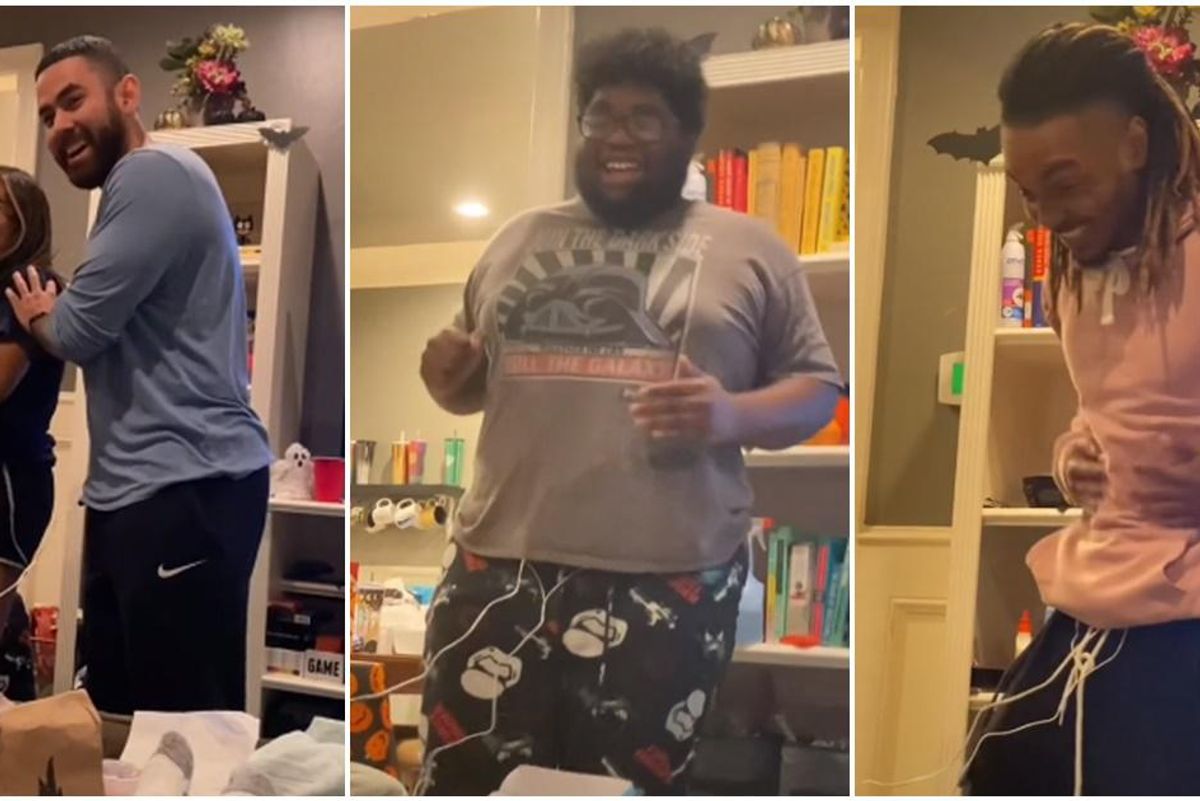 Imagine how different the world would be if cis-gendered men had the ability to give birth? Would the state of Texas attempt to ban abortions after six weeks or would they be available on-demand?

Would we live in a country without mandatory paid maternity leave? How much more affordable would childcare be? Would there be a tax on period products? How would we treat people experiencing period pain?

A few brave men decided to see what life was like for people who have periods in a funny but enlightening video that’s gone viral on TikTok. In a video posted by Benz Trap House that has over 1.4 million views, a group of guys tried a period simulator to experience what menstrual cramps really feel like.

Period simulators are essentially the same as labor simulators. They’re called transcutaneous electrical nerve stimulation (TENS) machines that are designed to relieve pain. But when turned up a notch can create intense, debilitating discomfort.

The group took a semi-scientific approach to the experiment with a woman acting as a control subject. At the beginning of the video, she attaches the simulator to an area near her ovaries and turns it up to ten, the highest setting. In the clip, the group looks impressed as she endures the extreme setting without showing any discomfort.

The men would not do as well.

When the first guy attempted to wear the period simulator he was shocked by the discomfort. “Is it supposed to hurt like that?” the second guy says before erupting in nervous laughter.

The third guy said that he felt the pain all the way down to his knee caps.

At one point in the video, the period simulator is attached to a woman and a man at the same time. When the device is turned on, the guy is in extreme pain while the woman stands still, claiming the feelings created by the machine are “not even as bad as a cramp.”

“Yeah, my cramps hurt worse than this,” she added.

A lot of people who menstruate felt validated after seeing the guys experience their first period.

“‘You feel that in your back, boi?’ every month, friend,” a commenter named Crystal said.

One of the most popular comments was from Candyce, who said: “I’m convinced if men could get pregnant they’d have abortion clinics on every corner and paid maternity leave the whole pregnancy.”

Another commenter, S DeMarco, pointed out that women have to go through an entire day in pain without a break.

“When he said ‘it’s stabbing me what do I do?’ You go to work, clean the house and continue on bb,” she wrote.

Shellz took reality up a notch. “Let’s add headaches. And period poops. And bloating. And the feeling of blood leaving you. And the nausea,” she wrote.

It’s cool that the lighthearted video has gone viral because it’ll give some people newfound respect for the pain that people who have periods go through. Some who watched the video thought that period simulators should be mandatory in sex ed classes.

Imagine how different the world would be if everyone experienced menstrual pain just once in their life?